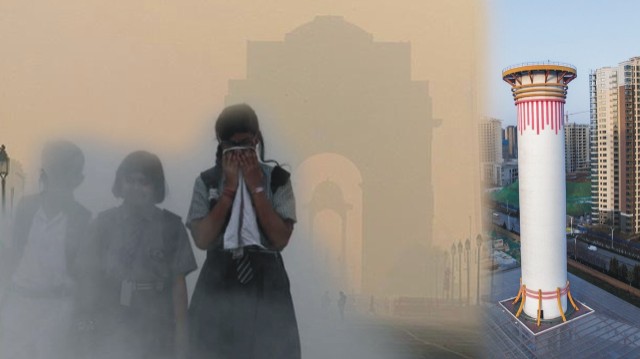 Pollution is nothing but some un-wanted or un-acceptable level of an item. Pollution in all its forms in air, water and land have reached to alarming levels and people are feeling its harmful health effects. 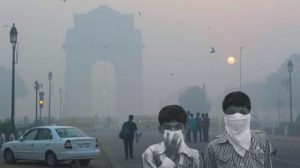 Though, sound pollution, corruption, loss of humanity due to changing thoughts/mind sets, growing population, growing unemployment, increasing hunger/malnutrition, widening economical, academic & digital divide/gap of society, and many more are no way less than air, water and land pollution which are affecting the mankind severely.

The present way of civilization/modernization based on technology is said to be the root cause of all these various types of pollution. Though, we all at individual level are responsible for each type of pollution but we always prefer to point fingers towards others and rest hope on others to find the solution for all the evils including pollution. 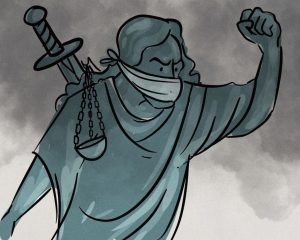 Supreme Court has taken a various serious view to the present situation of air pollution in the capital and has asked the state governments and central government to consider the situation as an emergency and come up with viable air pollution control methods.

At one hand, stubble burning should be put an end by giving viable alternatives to farmers who want to make the field ready (free from stubble) for next crop not only within short time span but also when there is shortage of labour, costly machinery, no-use for stubble, and no local industries based on stubble.

On the other hand, there is also need to control other pollution generic activities by forcing them to adhere to application of pollution control techniques.

With the growing levels of air pollution all around us, it has been realized that clean air only at home is not a solution. Mass air cleaning should be a part of the growth and development agenda too, as clean air should not be available only to a section of society who can afford to buy the at-home purifiers but to all.

When the air quality index is becoming worst with the wake of industrialization, technology and man-made activities, air purifiers vary from a room scale to structures designed as large-scale air purifiers to reduce air pollution particles at a large scale and these are expected to be an integral part of our living in the times to come. 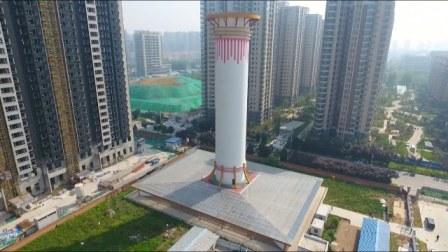 Installation of smog towers or air purifier towers at polluted areas are advocated to be the way forward to take care of air pollution.

Various countries including India are making efforts to install such devices all around so that air pollution menace can be tackled to some extent.

However, it is still to be seen, whether these equipments will be effectively functional to their optimum capacity, cost effective and will be free from any disadvantages. This article presents some major breakthroughs with smog or air purifier towers.

China has built the world’s biggest air purifying tower and it is working. An experimental tower has been built in Xian in Shaanxi province, northern China that is said to be the largest air purifier in the world standing at over 100 meters (328 feet) high.

It has been undergoing testing by researchers at the Institute of Earth Environment at the Chinese Academy of Sciences to quantify its effectiveness. The scientist leading the project claim it has brought a noticeable improvement in air quality, although further testing is required.

Around the base of the tower is a system of greenhouses that cover an area about half the size of a soccer field. It sucks polluted air in and heats it up with solar energy. The heated air then rises up through the tower and passes through multiple layers of cleaning filters where a series of air filters trap soot and other noxious particles. 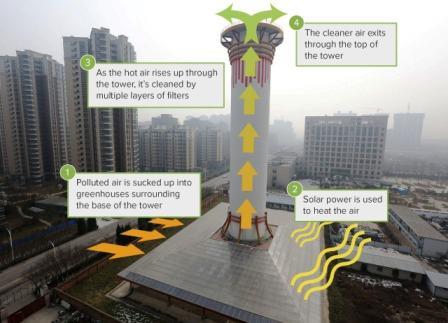 The tower’s operators have observed improvements in air quality over an area of 10 square kilometres (3.86 square miles) in the city over the past few months and the tower has managed to produce more than 10 million cubic metres (353 million cubic feet) of clean air a day since its launch.

Furthermore, on severely polluted days the tower was able to reduce smog close to moderate levels.

Winter time experiences the heaviest amount of pollution and the tower may be designed especially apt to be fully functional through the winter months.

The system at the base still works in the cold months as coatings on the greenhouses enable the glass to absorb solar radiation at a much higher efficiency. 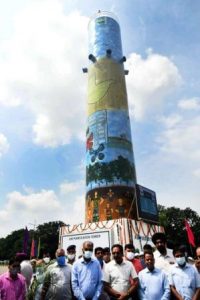 Such a tower has been installed at the initiative of the Chandigarh Pollution Control Committee (CPCC) at Transport Chowk, Sector 26, by Pious Air Pvt Limited. This is the highest air purifier tower of the country and covers an area of around a 500-metre radius and is 24-metre-high.

Polluted air enters the inner casing of the mist chamber, wherein a number of mist nozzles spray water in the form of mist on the polluted air. Heavy polluted air particles are drained into a drain tube, which collect in a water tank. Fitted with a system to suck polluted air through inlets, particulate matter (PM) 2.5 and PM 10, along with various oxides of sulphur and nitrogen, are filtered by the purifier and the purified air exhausted in the environment.

Delhi also got its first-ever much-needed smog tower, a 20-meter-tall structure set up at Baba Kharak Singh Marg in Connaught Place in order to combat rising air pollution in Delhi. The smog tower is a structure designed to work as a large-scale air purifier in order to reduce air pollution particles.

Smog tower is designed to work as large-scale air purifiers, which is fitted with multiple layers of air filters and fans at the base to suck the air. After the polluted air enters the smog tower, it is purified by the multiple layers before being re-circulated into the atmosphere. 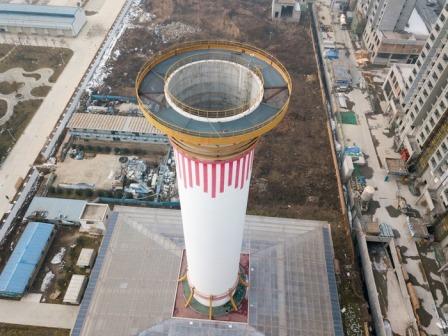 The smog tower will help purify 1,000 cubic meters of air per second and can help clean the air within one-kilometre range. It has been installed on an experimental basis and data from it will be analysed by IIT-Delhi and IIT-Bombay.

Another such tower has been constructed at Anand Vihar and more smog towers are expected to be installed in near future after studying the impact this one makes on pollution.

In a further development, a single machine can provide purified air to almost 75,000 people living within a three kilometer radius. The makers informed that the purifier will be 20 feet wide and will be 40 feet tall. The purifier will also be able to clean 32 million cubic metres of air per day.

The device will be able to take in air from all 360-degree angles and generate 1,300,000 cubic metres of clean air per hour. It will have 48 fans to propagate air flow and will generate energy through solar panels.

The air will be purified by using the H14 grade highly effective particulate arrestance (HEPA) filter which can clean up to 99.99 per cent of the particulate matter present in the air. This device won’t need electric grids to function as it can be run solely on solar power and thus will be cost-effective and environmentally friendly.

• The purpose of this project is to find an effective, low-cost method to artificially remove pollutants from the       atmosphere.
• Regarding electricity demands, the tower should require little power to run.
• It barely requires any power input throughout daylight hours.
• These towers have to prove their overall performance, as well as its functionality over time, through the               seasons and changing weather conditions.
• The control of the fine particles in smog (deemed most harmful to health) has to be maximum.

Much bigger smog towers are expected to be built in the future. China has planned a full-sized tower to reach 500 metres (1,640 feet) high with a diameter of 200 metres (656 feet). The size of the greenhouses which the tower is expected to cover is nearly 30 square kilometres (11.6 square miles) and the plant would be powerful enough to purify the air for a small-sized city.

PrevPreviousKangana Ranaut: How and When India Got Freedom?
NextAbrahamia: A new faith on the horizon?Next
Author Related Post
Related Post