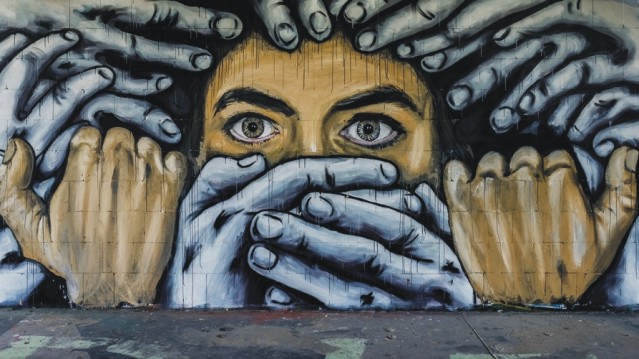 The AAP, which in a way, is an alternate model of communal politics; is playing its Hindutva/communal card with shrewdness.

After India became Independent, the party which led the freedom movement, Indian National Congress, kept winning elections hands down for couple of times. The major opposition was from Communist Party and Socialist party/parties.

Even after the birth of Bhartiaya Jansangh, previous avatar of RSS progeny BJP, was nowhere close to making any impact for long time. The major electoral issues revolved around industrial development policies, welfare, employment and socialist pattern of society. 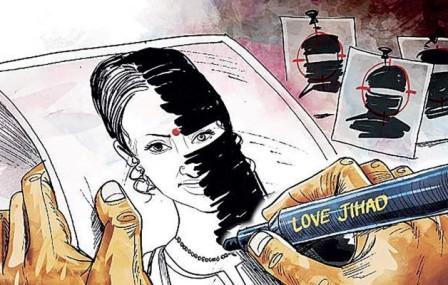 Ram temple, cow, love jihad, ghar wapsi, ‘Hindu khatre mein hai’ were nowhere in sight. Socialism was a respected dream to the extent that even when BJP when it was founded by breaking Janata Party by the RSS members of Janata party, they began with their first slogan ‘Gandhian Socialism’.

Seven decades down the line the electoral politics scene has changed for the worse and is currently dominated by emotive issues. The foundation of derailing the ‘this worldly’ issues was the Ram Temple movement. This movement became stronger after the implementation of Mandal Commission report. Since then the domination of emotive, identity issues is on the rise.

This is reflected by the fact that in 2019, no party dared to utter the word secularism, as claimed by the winner of 2019 elections, Mr. Narendra Modi himself. He presented it as a trophy for the efforts of RSS-BJP’s political success.

It is in this track that any issue can be given a religious turn as we witnessed its peak in the coining of phrase ‘Corona Jihad’. This showed how electoral politics can be reduced merely to game of identity issues. BJP has mastered this art over a period of last few decades. The media, which is prostrating to BJP ideology, is putting its best efforts to magnify the doings of communal stream. 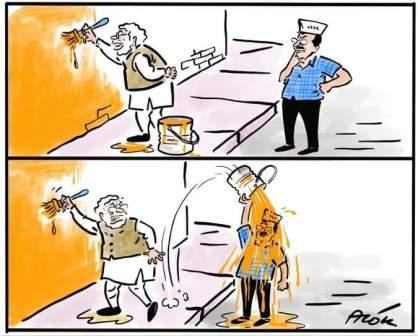 Not to be left behind, Arvind Kejrival is trying to compete which these divisive efforts revolving around identity issues, in his own unique smart ways. In the context of Gujarat elections Kejriwal party is trying its best to make a political space there.

Mostly Kejriwal party claims education, health. Electricity water as only issues it is interested in. It makes it clear that issues of affirmative actions, issues of SC/ST/OBC are a strict no for it. This all got manifest when Kejriwal supported the abrogation of Article 370, even while the case of its Constitutional validity is pending in Supreme Court.

This was more that clear in AAP’s attitude to CAA, NRC, Shaheen Bagh issue, when it said that Shaheen Bagh was a ploy put up by BJP. The threat to validity of large number of Muslims’ citizenship was no issue for AAP.

The Delhi violence instigated in the backdrop of Shaheen bagh was conveniently dumped on the head of Rohingya Muslims and all the hate speech against Muslims was put under the carpet. When questioned about BIlkis Bano’s rapist being released from Jail, Kejriwal’s deputy Manish Sisodia bluntly stated that it is not an issue for them. Kejriwal was also silent when Muslims were tied to the pole in Kheda and beaten mercilessly

The peak of this attitude came in the form of response in aftermath of RajendraPal Gautam, a minister in AAP Government, converted to Buddhism with thousands of SC/STs and took the 22 vows which Dr. Ambedkar had taken at the time of embracing Buddhism. 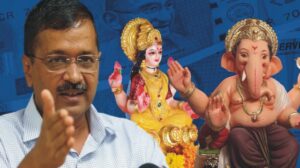 Following this BJP launched a campaign in Gujarat that Kejriwal is anti Hindu. Smart as he is; matching move for move, Kejriwal immediately demanded that pictures of Laxmi and Ganesh be put on our currency notes.

BJP, the major player of Hindutva politics got foxed and even talked that in a secular state this should not be done. BJP feeling upstaged by the ‘ultra Hindutva’ move is at loss at the moment.

It is remarkable, that Kejriwal an IIT graduate said that putting these pictures on currency notes will improve the economy. This is the ultimate example of attack on scientific/rational thinking. Many an IITians have also done great job in the area of finance by adopting the discipline in depth.

This one ‘economy improving with Laxmi and Ganesh on currency notes’ is probably the worst attack on scientific thinking. Here also Kejriwal is merely adding on to the undermining of scientific temper which has begun intensely by BJP with Narendra Modi’s statement that ‘there might have been a plastic surgeon who planted elephant head on child’s head!

This attitude currently finds it peak in the science research policies of the ruling Government. IIT Delhi is coordinating a research on Panchgavya (Cow’s milk, curd, ghee, urine and dung). The added proviso is that cow should not belong to Jersey breed. Another hilarious project initiated by AIIMS, the prestigious medical institute if to start a study of Mahamritunjay Jaap in comatose patients!

The AAP, which in a way, is an alternate model of communal politics; is playing its Hindutva/communal card with shrewdness. Kajriwal party is also an example of blind subservience to the dictator by the other leaders of that party. 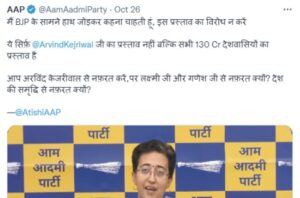 As Kejriwal demanded this; all his cronies, stated saying the same. The peak of this was Atishi Marlena, who stated that this demand of Laxmi-Ganesh is not merely Kejriwal demand, it is the aspiration of 130 crore Indians!

Most of the dictatorial tendencies believe they are speaking for the whole country. This is a duplicate of what Narendra Modi, when he was Chief Minister of Gujarat, used to say that he is talking on behalf of Five Crore Gujratis.

AAP, which is the product of RSS backed Anna movement is a tragic entrant on the present political chessboard. Its stand on Article 370, Shaheeen Bagh, Kheda, and Bilkis Bano is regarded as if his communalism is not against the minorities. What signals all his steps give to Muslims (and Christians) is very clear.

For many, AAP began with a big promise for a better politics, but its reality is there for all to see with its trajectory leading to demanding Laxmi and Ganesh on currency notes and dumping of Jan Lokpal in the dustbin of History!