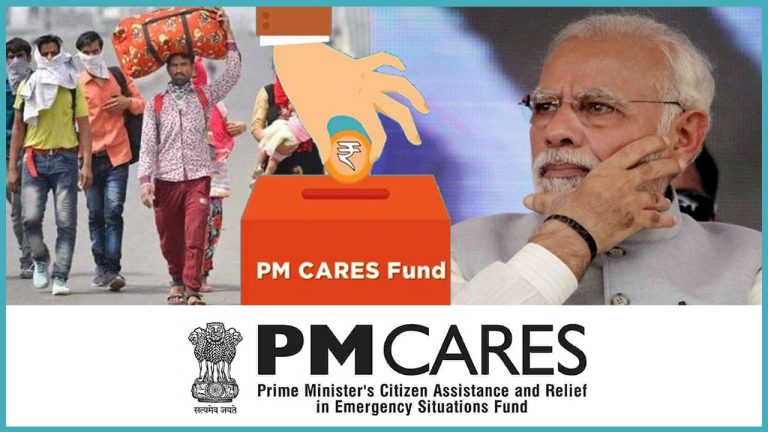 PM cares but for whom?

Last week, the Parliamentary Public Accounts Committee, dominated by BJP, failed to arrive at a consensus on examining the government’s response to the COVID-19 pandemic or the new PM CARES fund set up to tackle the crisis. The ruse was the PM Cares fund was not sanctioned by parliament and therefore it cannot be taken up by the committee.

Instead, the government said the PM CARES Fund – a war chest for national emergencies to draw individual and private sector donations – will be looked into by independent auditors. We all know what that means.

Yet, for close watchers of the government, this development is not a surprise. Though the incumbent government came into power on the twin planks of corruption and nepotism by the previous Congress government, it has made no efforts towards scrutiny of its own functioning, its accountability and transparency.

In 2011, one of the biggest middle-class public uprising, stroked by the RSS under the banner ‘India Against Corruption’, led by a septuagenarian, so called Gandhian, was the demand for a public ombudsman or Lokpal to audit all government funding. We all now know how a farce was played out in public, how the nation was cheated. To then look for transparency in the present government is to chase a mirage.

When the BJP upped its pitch for Lokpal in the Centre, the current PM was CM of Gujarat. At that time, Gujarat had been without a Lokayukta from 2003. When the Governor appointed one in 2011, the state government went to court against the new appointment. It is only in 2013 that the state got a Lokayukta. Lack of transparency and accountability was a hallmark of how the PM ran Gujarat as a CM.

Just after the 2014 general elections, when BJP won a huge mandate, and the CM of Gujarat became the PM of the nation, the CAG released a report alleging grave financial irregularities in the administration of the state.

The report, tabled in the Gujarat Assembly, showed irregularities of as much as Rs 25,000 crore, including Rs 1,500 crore worth of undue benefits to private companies, ineligible bidders who had bagged the much publicised solar projects of the Gujarat government creating an excess burden of Rs 473 crore on the power consumers of the state, and shortfall of Rs 118.12 crore in recovery due to non-supervision of the construction of a private port. However, it was too late by now. The cuckoo had flown the state and landed in New Delhi.

It is clear that the PM does not care about procedures and bends and twists extant laws to serve his purpose. Even when the PM Cares was created there were questions on why did the government not use the PM National Relief Fund.

While the PMNRF, created in 1948, is also not a beneficiary of direct budgetary support, it has over 70-years of history, regular process of audits and checks and balances. The reason is simple: PMNRF does not lend itself to the kind of usage the BJP intends to make of the PM Cares Fund. That use is for BJP’s benefit, not the nation’s.

In essence, the PM Cares funds is a strong-arm tactic of the BJP and it forced many corporates to donate money to it while the corporates themselves were letting go of employees citing lack of funds. It was used to curb any dissonance in the corporate sector on how the government was dealing with the COVID-19 pandemic. It was the tribute the vassals paid to the emperor. This has been reiterated by the PAC deciding to not scrutinise and analyse one of the world’s biggest lockdowns, the government’s response and how it is handling the national crisis.

In local parlance, the PM Cares fund is like the hafta that shopkeepers pay to the local muscleman. Just in this case the practice has turned national and corporate. Until mid-May, the PM Cares had collected, including from government employees, Rs 9677 crore.

One of the promises made on utilization of the PM Cares fund was to earmark Rs 2000 crores for 50,000 ventilators by end of June. The date came and went, cases have spiralled, there are no ventilators to be seen. Similarly, from time to time when criticism mounts, the government will make noises, the promises will appear in media and then we will all forget them.

The message is clear: there will be no accountability of the utilization of the PM Cares fund. Just empty promises made, headlines managed, and the organised loot shall go on. This is the new India the BJP has ushered. It is brazen, it remains uncaring.