To Congress: In the Interest of the Nation, End the Party 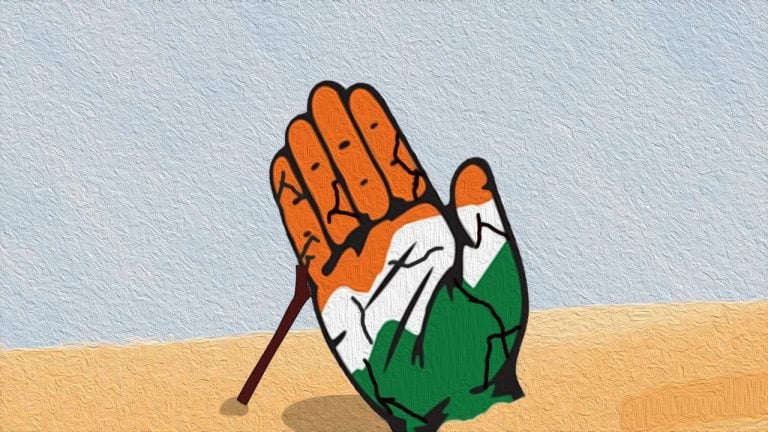 THIS TALK of the end of the Indian National Congress has been on for decades. Especially, since Rajiv Gandhi was assassinated. While PV Narasimha Rao did form a government in early 1990s, his Finance Minister Manmohan Singh did usher in neo-liberal reforms, the Congress under Sitaram Kesri also crumbled by the late 1990s.

That is when the Congress party insisted that Rajiv Gandhi’s widow Sonia Gandhi step out and reinvigorate the Congress. Subsequent to that, Congress won two national elections back to back – 2004 and 2009. While it did not have enough numbers both those times, it formed coalition governments once with support of Left parties, another time without Left support.

Through this period, facing allegations of being foreign, Italy-born, Sonia Gandhi herself did not become prime minister, though she was head of the United Progressive Alliance. Instead, she appointed Manmohan Sigh as premier. It was a calculated but bold move. One was to assuage the minority Sikhs who had fallen foul since 1984 and another to bring a technocrat manager to the helm.

The move worked initially and to the surprise of many UPA won again in 2009. However, this stint was marked by major policy paralysis and allegations of corruption. Also, the opposition Bhartiya Janata Party left no stone unturned to get to power.

By 2014 elections the BJP had poached hordes of Congress party leaders, built the narrative of ‘Congress mukt-Bharat‘ and projected Narendra Modi as the panacea to all of India’s ills. The BJP won comprehensively. The Congress sank comprehensively.

Despite Modi government’s huge blunders like demonetization, Goods and Service Tax, inability to create jobs to lift economy, the Congress could not better its prospects in the 2019 elections – a mere 8 seats gain. The only two small states where they demonstrated some numbers were Kerala and Punjab.

Where should the blame go? Rahul Gandhi, a reluctant leader of Congress, much maligned by the BJP propaganda machinery, took personal responsibility and resigned from his post as head of Congress. Yet, for the last one year, in fact from 2014 onwards, we see the Congress in the grip of ennui. Older, senior leaders continue to place faith in mother Sonia and son Rahul Gandhi.

It is clear that these party men cannot go beyond what they learnt two decades back. That the Gandhi family is their only hope. These party men also do not allow any new talent to emerge. They also lobby for all possible meagre powers but are unwilling to stick out their own neck.

The blame for the debacle of Congress party now lies not so much in performance or even corruption but in the sycophancy of these leaders to the Gandhis. They keep feeding the public perception of Congress that it is dynasty driven. Without dynasty, it will crumble.

Congress is a large body now, too large for its own good. Its mass is too heavy. It does not have the ability to move or change direction. Gravity is pulling it down. It was evident in yesterday’s Congress Working Committee’s meeting.

Sonia has been ill for a while now, Rahul remains reluctant, 23 leaders sent a message to look for change in leadership. Yet, what emerged was Congress washing its dirty linen in public – an emotional outburst which led to no change in status quo.

For the nation which continues to mock the Congress for being unwieldy, there is food for thought here. This nation lacks an opposition. In the absence of opposition, the Hindutva forces and the government are wreaking havoc with governance.

The GDP has slid, the economy is nose diving, the manufacturing and agrarian sectors are in free fall, the education and health sectors have taken a beating, every major institution of the nation is compromised, there is conflict on the borders with all major neighbours, the society is polarised, the secular character is compromised, and the nation is well on its way to becoming a Hindu Rashtra.

In fact, it is clear that BJP has taken all of Congress’ flawed policies and sharpened the weapons. They have replaced ‘soft Hindutva‘ with ‘hard Hindutva‘. In such times, given how media has capitulated to the powers that be, there is hardly a murmur of disenchantment voiced against the government. Yet, as the Sangh has prepped us over years, we continue to mock the Congress.

The society’s need actually is to create multiple vibrant regional oppositions, even on the basis of language, caste, class and religion.These oppositions parties must come together in the 2024 elections and take on the Hindutva behemoth. That is the only way to can salvage what is left of this plural, diverse nation. Else post-2024 we might not even have elections again.

In such times, Congress party must realise that by being what it is – a large, unwieldy mass, it is blocking the opposition’s energy from flowing and consolidating again. We do not know what will emerge in 2024 but it is certainly clear that it is Congress’ responsibility to yield space.

135 years is a long, long time. If a generation changes every fifteen years, the Congress has seen nine generations. They say, a cat has nine lives. For the Congress party, even that is over. Congress, you were good, you were bad. Whatever it was, you are history.

In the interest of the nation, here is a suggestion to Congress: end it. End the political party. Let the pieces fall. Let new parties emerge.