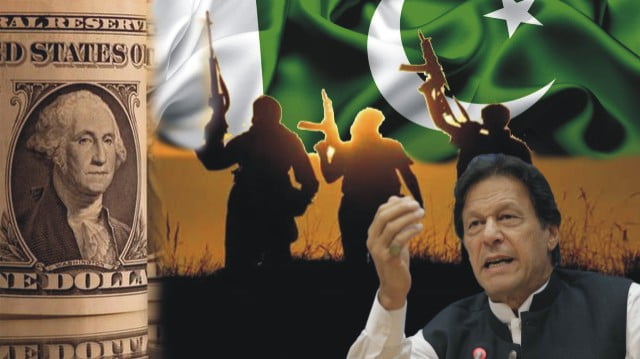 In a clear bid to mislead the international community, Pakistan pretends to take action against ‘terror outfits’ when in reality it is a sham

AHEAD of crucial evaluation of its anti-terror operations next week, Pakistan took some superficial steps to get off the hook and escape from the ‘Grey List’ of nations that patronize terror groups operating across the globe.

The Financial Action Task Force (FATF) has summoned Pakistan for a virtual meeting that will assess Pakistani counter terrorism measures and take a decision whether to remove Pakistan from the list of 21 nations in the world that fund terrorist activities. The UK had expressed doubts over Pakistan Foreign Office’s activities in money laundering, allegations that Pakistan has rejected outrightly.

The Imran Khan government of Pakistan had submitted Follow Up Reports (FURs) in February, October 2020 and in February 2021. Of these, experts maintain, that only one report was adopted by the APG, but still held Pakistan had not fully complied with the stipulations from the global anti-terror body.

Pakistan was also in dock due to the 2019 Country Report on Terrorism released by the US Department of State, which held “Pakistan still remained a “safe harbor” for other regionally focused terrorist groups. Paris-based Financial Action Task Force (FATF) has also retained Pakistan in its ‘grey list’ since 2018 for “failing to make progress on countering terror-financing and money laundering.”

Desperate Move By Pakistan To Save Itself

In a desperate move to achieve remaining benchmarks of the Financial Action Task Force (FATF), Pakistan government has approved new rules on forfeiture, management and auction of properties and assets relating to Anti-Money Laundering (AML) cases and transfer of investigations and prosecution of AML cases from police, provincial anti-corruption establishments (ACEs) and other similar agencies to specialized agencies.

These rules and related notifications for certain changes in existing schedule of Anti-Money Laundering Act 2010 (AMLA) would come into force immediately to be followed by appointment of administrators and special public prosecutors for implementation. 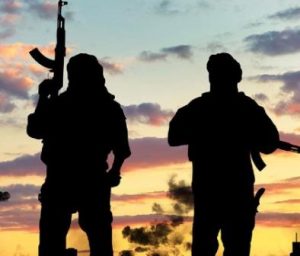 Experts believe that FATF is expected to make fair and impartial assessment of intentions and motive of Pakistan to come out with these measures prior to June deadline, before which Pakistan is to report compliance of three outstanding benchmarks, out of 27, that blocked its exit from the ‘Grey List’ in February this year.

But what is causing concern is Pakistan’s alleged deceptive style of functioning to mislead the international community and its recent attempts to deceive FATF after arresting the 26/11 Mumbai attacks case accused, Lashkar-e-Taiba (LeT) commander, Zakiur Rahman Lakhvi, reduced the chances of Pakistan to come out of the Grey List.

Pakistan has been seeking the support of its friendly and like-minded countries like China, Turkey and Malaysia and wants an onsite visit by them to come to its aid.

But, according to experts, Pakistan foreign office official lobbied with ambassadors and diplomats in 2020 to apprise them of the ‘substantive progress’ made by it to implement the 27-point action plan. The FATF currently has 39 members, including two regional organisations — the European Commission and Gulf Cooperation Council whereas India is a member of the FATF consultations and its Asia Pacific Group.

Pakistan needs 12 votes out of 39 to exit the ‘grey’ list and move to the ‘white’ list and to avoid ‘black’ list, it just needs support of three countries. If these three help Pakistan, it could escape the Grey List.

The FTAF president ’s remark about prosecution of terrorists in Pakistan, was stunning and interesting when he says that the FATF is not an investigative organization and we assess the entire system of anti-money laundering and its framework which does not change with incidents per se.

A Superficial And Dishonest Action To Mislead The World

In a clever and mischievous move, Pakistan government’s Counter Terrorism Department (CTD) had arrested an accused in 26/11 Mumbai attacks case, Lashkar-e-Taiba (LeT) operations commander Zakiur Rahman Lakhvi on charges of using terror funds nearly five years after his release on bail. Experts view this as a move to escape punishment from FATF.

Thwarting An Attempt Of FATF By Pakistan

To achieve its objective Pakistan has begun using US Lobbying firms to find a way out. According to some reports, Texas-based Linden Strategies was hired by Pakistan government to lobby with the US administration, and it was also trying to influence America.

An influential US lawmaker had introduced legislation in Congress to terminate the designation of Pakistan as a major non-NATO ally. It might create a serious problem and expose Pakistan in the estimation of world. Republican Congressman Andy Briggs introduced the resolution 73 in the House of Representatives which sought the termination of Pakistan as a major non-NATO ally and also sets conditions for its re-designation if any.

In the final assessment, it is historical fact when Pakistan, known for harboring the terrorists who attacked several foreign nations and had exported terror to Jammu and Kashmir, was being compelled to implement the recommendations of FATF, it was taking deceptive action to mislead the international bodies.

The China angle is also visible to the experts who say it is that factor that is saving Pakistan, and also at the same time inflict wounds on India and block its advancement as a super power. But experts are sure China will fail in its evil designs.

Also Read: Groping in the dark, government has been blundering its way through the pandemic