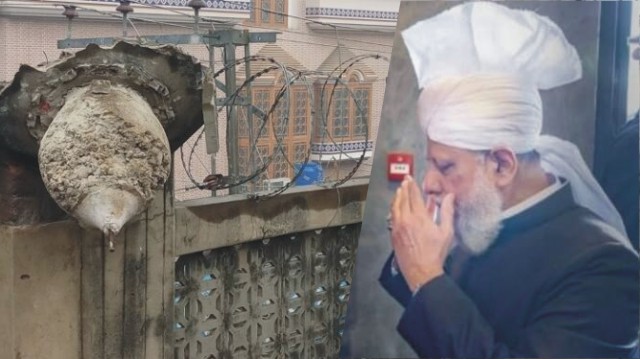 Ahmadis are a peaceful people, yet they are horribly treated in Pakistan, like Jews in Nazi Germany.

How brave you are Pakistanis!

Ahmadis are a tiny minority of not more than 2% of Pakistan’s population, yet they are regularly killed, humiliated, and persecuted in Pakistan, the latest persecution being demolition by the police of minarets on their place of worship.

Why was this done? Because that rascal Gen Zia ul Haq got a law (Ordinance XX) made in 1984 that Ahmadis cannot call their place of worship a mosque, or ‘pose to be Muslims’, and if they do, they can be sent to jail for 3 years.

This law was made after that rascal Zulfiqar Ali Bhutto got Ahmadis declared non Muslims by a Constitutional Amendment in 1974, and thus threw them to the wolves.

Ever since the creation of that fake country called Pakistan, Ahmadis have been barbarically persecuted

And what is the fault of the Ahmadis? It is that they allegedly claim that there was another Prophet, Mirza Ghulam Ahmad, after Prophet Mohammed, whereas the Quran says that Muhammad is the last Prophet.

Ahmadis are a peaceful people, yet they are horribly treated in Pakistan, like Jews in Nazi Germany.

And the so called ‘liberals’ in Pakistan remain silent, for fear of losing their own necks at the hands of the junglee bigots like the Tehreek-e-Labbaik Pakistan or the Khatm-e-Nabuwat.