Controversy: Used Different Name While Taking Oath to the One Mentioned in Poll Affidavit and Election Notifications 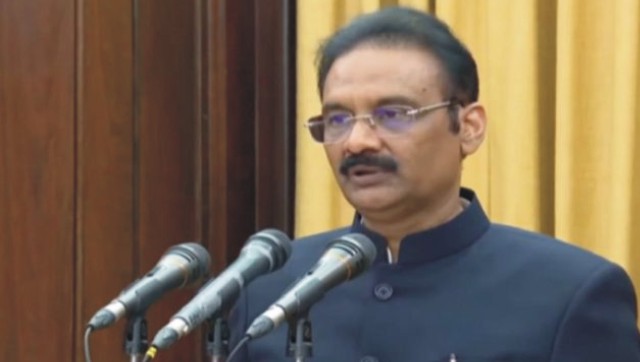 Took oath as Ashok Kumar Mittal on May 2, 2022 although his poll affidavit and election notifications mention him as merely Ashok

CHANDIGARH – Can a person contesting election for Upper House of Parliament mention only his initial name (i.e. without surname) in the Poll Affidavit as attached with the Nomination Form and thus thereafter when he is declared elected, his name as such i.e. only his initial name gets notified as elected member in the Gazette of India but while taking Oath as member of Rajya Sabha, he can spell his full name (i.e. with surname) and thereafter his full name is shown on the official website of Rajya Sabha.

This interesting point has been raised by an Advocate at Punjab and Haryana High Court, Hemant Kumar, who on May 2 after watching a YouTube video regarding Oath taking of Ashok Kumar Mittal, newly elected Rajya Sabha MP from Punjab on Aam Aadmi Party (AAP) ticket, seriously wonders why this elected MP mentioned only his initial name i.e. Ashok (i.e. without Surname) in his Election Affidavit which is currently uploaded on the official website of Chief Electoral Officer (CEO), Punjab but took Oath with his full name.

Hemant asserts that although the name on his aforementioned Election Affidavit is mentioned as merely Ashok however his email id and twitter handle mention him as Ashok Mittal. Also the name of the Assembly Constituency in Punjab where he is registered as an Elector is not shown in ibid Affidavit.

Interestingly, his spouse (wife) name is shown as Rashmi Mittal in the Affidavit.

Further, when on 10 April, the Legislative Department under Union Ministry of Law and Justice issued two separate Notifications in the Gazette of India one under Section 67 of Representation of the People Act, 1951 carrying the declaration by the Returning Officer (R.O.) and the second under Section 71 of the Representation of the People Act, 1951 pertaining to his name being notified as elected member of Council of States (Rajya Sabha), in both of the Gazette Notifications, his name has been mentioned/shown as merely Ashok i.e. only his initial name.

Also interestingly, the official website of Lovely Professional University (LPU), a Private University in Punjab which has been established under LPU Act, 2005 as enacted by Punjab Legislative Assembly as Act No. 25 of 2005 of which Ashok is Chancellor, is currently showing his name as Dr. Ashok Mittal.

However, in his Poll Affidavit he has not mentioned the fact regarding his being Chancellor of LPU. He has mentioned Business as his Profession/Occupation. Further, he mentioned LL.B. as his educational qualification from University Regional Campus, Jalandhar in the year 1987.