Will Nitish Kumar be the best bet for opposition when challengers are many? 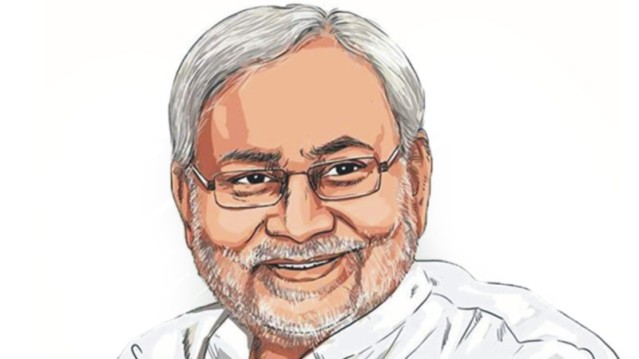 Nitish Kumar is ideologically most volatile Indian politician. He is clever and confused.

Nitish Kumar, Chief Minister of Bihar is in Delhi to talk to the opposition parties in order to sow the seed of some kind of alliance for 2024 polls.

Nitish has already met Rahul Gandhi, the leader of the Congress, and H D Kumaraswamy, the leader of the Janata Dal (Secular) on 5 September in the national capital in an effort to bring the opposition together for the 2024 Lok Sabha elections.

The chief minister of Bihar is also likely to meet Akhilesh Yadav of the Samajwadi Party, Sharad Pawar of the NCP, Arvind Kejriwal of the AAP, Sitaram Yechury of the CPI-M, and Om Prakash Chautala of the INLD.

On the backdrop of it there is a buzz in the political corridor as to who would be the best bet for opposition in 2024 when challengers are many.

But the big question: Can Nitish Kumar be the best bet for the opposition for 2024 Lok Sabha polls? Will the regional party leaders easily shun their own national political ambition? AAP has already pitched Kejriwal as the most competent to take on Narendra Modi in 2024.

On the one hand, the new government formation in Bihar can be a ray of hope for the opposition but at the same time it has raised many questions that require some kind of explanations.

Will Nitish Kumar be acceptable to all other parties? Will the formula of present Mahagathbandhan in Bihar work elsewhere? 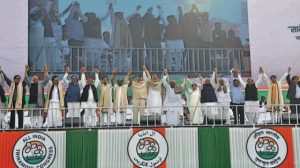 Will Mamata Banerjee, Akhilesh Yadav, Arvind Kejriwal and K. Chandrashekar Rao be ready to sacrifice their national ambition? Or will there be any dark horse ahead of 2024 polls?

According to Praveen Rai is a Political Analyst at CSDS with more than fifteen years of experience in election studies and survey research, “Nitish Kumar on paper is the second best opposition prime ministerial candidate (after Naveen Patnaik) who can take the fight to the BJP’s camp in General Elections 2024. Like PM Narendra Modi, he is a career politician hailing from the backward class with strong personal integrity and honesty, which is rare among the political class.”

Rai adds: “Kumar’s credential as a ‘Development Man’ and his ‘Son of the Soil’ depiction provides a theoretical advantage in the race for prime ministership. However, in reality his flip-flops with the BJP and Non-BJP alliances have created an image of a ‘Rolling Stone of Indian Politics’ who changes his political alignment at the drop of a hat.”

“Kumar’s staunch belief in Machiavelli that politics is always devoid of ethics and is only a means of attaining power has made him a successful politician but also resulted in a negative public backlash. His leadership style is thoroughly parochial, inconsistent and unreliable, which not only makes his candidature doubtful and suspicious, but also explains the urgency to recuse himself from the future bidding for the topmost political post,” opines Rai. 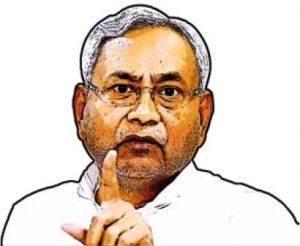 “The disadvantage for the opposition is it’s multiple and strong faces for PM position. The entry of Nitish Kumar in opposition camp has increased the basket further. However, if agreed by consensus, his candidature may minimise certain strategic disadvantages. First, Nitish Kumar may enhance the campaign value of opposition as he carries minimum liability.

Second, regional sentiments may also consolidate with a campaign model of “First Bihari PM” and will credibly dent BJP in Bihar. Third, caste narrative will reincarnate because of his low-caste background. Fourth, Nitish Kumar is comparable with Narendra Modi of 2014 because of his relatively clean image, non-dynastic and lower-caste background. Be that as it may, will Nitish Kumar over power Narendra Modi in 2024? I doubt”, says Afroz Alam, professor and Head, Department of Political Science, Maulana Azad National Urdu University, Hyderabad.

On will Nitish Kumar be the best prime ministerial candidate for the opposition, Mujibur Rehman who is an assistant professor at the Centre for the Study of Social Exclusion and Inclusive Policy at Jamia Millia Islamia said, “I don’t think so. Nitish Kumar is ideologically most volatile Indian politician. He is clever and confused. Moreover there is not much could read as accomplishment in Bihar other than he has won few elections. There is no Bihar Model that one can be proud of. Opposition need to look beyond him to discuss alternatives.”