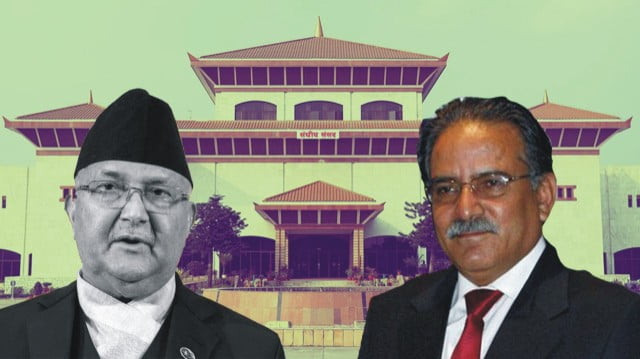 Change of the guard in Nepal is good news for India and for sure a blow to the Chinese that invested heavily in Prime Minister Kharag Prasad Oli, now voted out on the floor of the Parliament.

The ousted Nepalese Premier has only himself to blame as he was bent upon engineering a suicidal revolt in Nepal Communist Party (NCP).

Perceived as acting at the best of China, he destroyed Nepal’s age-old relations of the Himalayan kingdom with India.

He took a series of missteps – illegally dissolving Parliament, dropping rival faction ministers, assigning himself all powers to make appointments and stirring a controversy about the birthplace of Lord Rama and Sita in a bid to sell himself as Hindutva mascot – all of which collectively led to anger against him.

It manifested in his losing vote of confidence in parliament on May 10.

Oli’s ouster is seen as a good omen for India and a big setback to China, which was instigating him to act against India.

Like the proverbial last nail in his coffin, and set of a chain of events that hastened his downfall.

A powerful block of his own party led by Madhav Kumar Nepal, former PM and Jhala Nath Khanal, with 28 members on his side, abstained and an outfit of the Janata Samajbadi Party with 17 MPs along with major opposition party, Nepali Congress (61 MPs) came together and voted against Oli.

In all this turmoil, if the main opposition, Nepal Congress succeeds in mustering the numbers, then former prime minister, Sher Bahdur Deuba, could become the Prime Minister.

He along with the breakaway faction of the Nepal Communist Party(NCP) and dominant group of Janata Samajbadi Party have urged the president, Bidya Bhandari to give them chance to form a new government.

They cite Article 76(2) of the constitution to stake their claim and assert they have got the requisite majority of MPs (Nepal Congress 63+Maoists centre, Prachanda group, 49+ Yadav faction 17+an outside support of Madhav group 28 MPs) 157 MPs as against the required magic number of 136, in the effective strength of house 271.

If Madhav Nepal faction MPs(28) decide to resign then Deba will need 124 MPs to prove his majority and secondly, in case PM Oli does not expel them then Deuba may require the support of the entire group of Janata Samajvadi party which is not certainty.

Clearly, the Nepal prime minister failed to prove his majority in the parliament that too even after support from China, and more ominously for him, his name will be taken for splitting the Nepal Community Party and for damaging relations with India.

Ignoring the raging Covid pandemic, Oli went about on his political survival mission, but faced tremendous resentment against him and his style of functioning.

Prachanda had declared his intentions to oust Oli, come what may.

According to diplomatic sources in Kathmandu, Chinese ambassador, Hou Yaunqui made a last-ditch effort to convince both groups of the ruling Communists party to precipitate the matters, but the rival factions were adamant and led to the fall of the government.

The next general elections are due in Nepal in 2022. 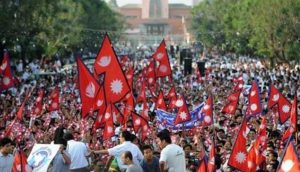 Both leaders merged their factions in 2018 after Oli became prime minister and named it as Nepal Communist Party(NCP).

But a new twist came when the Supreme Court in March derecognized ruling Nepal Communist Party and directed the election commission to register a new party if both factions agreed.

It preceded a petition in the supreme court by Risihi Khattel who pleaded that Nepal Communist Party name has been hijacked by the ruling party hence it should be restored which was done by the apex court after scrutinizing the legal aspect of this issue.

In a historical and an unprecedented decision, the apex court had reinstated Nepalese parliament on Feb 23 and held Prime Minister Oli’s decision dissolving parliament as unconstitutional.

The court also ordered the government to summon the House session within the next 13 days by March 7.

Nepal had plunged into a political crisis on 20 December last year after President, Bidya Dev Bhandari dissolved the House on the recommendations of PM Oli and announced fresh elections on 30 April and 10 May.

The Maoists had seized control of much of Nepal‘s countryside in a 10-year anti-monarchist insurgency. Prachanda led the movement and first parliamentary elections In May 1991.

The newly elected Constituent Assembly declared Nepal a Federal Democratic Republic and on May 28, 2008, abolishing the 240-year-old monarchy.

Prachanda was the sole leader behind the people movement against Rana rulers from 1996 to 2006 that brought communists to power.

Prachanda’s movement had a high cost — 13,000 activists lost their lives. Later, Oli merged his faction with the mainstream party.

It was Oli who violated the principles of hierarchy in the NCP sparking problems in the party.

Keeping in view the contradictions amongst the coalition partners if they succeed to form the government will depend upon the sense of urgency of handling the Covid crisis which is acquiring the monstrous proportion in the Himalayan Kingdom. Oli had completely ignored the pandemic as he was busy saving his chair.

PrevPreviousHow free is the ‘free press’ in India?
NextResponsibility for mismanagement must be fixedNext
Author Related Post
Related Post