Discontent against the Neo-Liberal Order 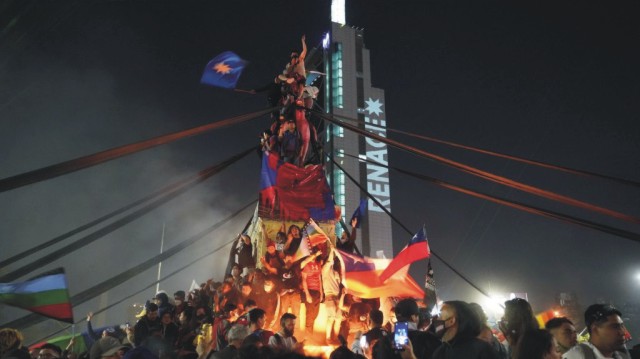 Neo-liberal policies are those policies that favor the free market, capitalism, deregulation, and reduction in government spending.

Gabriel Boric, a leftist, won Chile’s presidential elections to become the country’s youngest-ever leader in December 2021. His election campaign was based on the promise that he would place curbs on Chile’s neo-liberal free economy.

He has promised to address inequality by expanding social rights and reforming Chile’s pension and healthcare system. Working hours per week would also be reduced from 45 to 40 hours.

Interestingly, this trend can be noticed in other Latin American countries too. The politicians who are leftist and promise pro-poor policies are winning elections.

In July 2021, Pedro Castillo of the Marxist Leninist Free Peru Party and a provincial school teacher who promised to restructure the economy to favor the poor won Peru’s presidential elections by beating his hard-right opponent Keiko Fujimori.

In Honduras, Xiomara Castillo, a leftist and wife of Manuel Zelaya (former president of Honduras who was overthrown by a coup in 2009) won the presidential elections held in late 2021. The left came to power in Honduras after 12 years.

In Nicaragua, leftist Daniel Ortega won his fourth consecutive term as the president. Many scholars say that this election was a referendum on the social policies that the Ortega government was implementing as the social programs have benefitted the most disadvantaged sections of Nicaraguan society. Nicaragua has the most affordable healthcare system in the region.

Luiz Inacio Lula Da Silva has a lead over current president Jair Bolsanaro in opinion polls in Brazil. Luis Alberto Arce Catacora of Movement for Socialism became the 67th president of Bolivia in 2020. Nicolas Maduro emerged as the winner of the presidential elections held in Venezuela in 2018.

Neo-liberal policies are those policies that favor the free market, capitalism, deregulation, and reduction in government spending. Latin America’s road to Neo-liberalism was marked by a huge increase in social inequality, marginalization of peasants, inflation, mounting external debts. The continuous win of the left in the Latin American countries can be seen as the impact of these factors.

In Chile, the foundations of neoliberalism were laid when General Augusto Pinochet toppled socialist president, Salvador Allende’s government in 1973. Chilean left had gone through persecution during his US-backed military dictatorship.

There is definitely discontent in the minds of people against this neo-liberal order. Other countries in the region suffer from the same problems of which Chile is victim off.

The introduction of capital-intensive farming in Central American countries that were Honduras, Guatemala, El Salvador, and Nicaragua led to the marginalization of peasant families.

After the 1960s the region saw an intensification of sugar, banana, coffee, cotton, and beef production Beef exports from central America to fast food markets of North America multiplied 11 times between 1966 and 1979.

The output of cotton-based on large farms increased extensively. When there was overproduction of cotton, the large farms were converted to sugar and corn production. But that came at what cost?

To make new land to increase the acreage of the cotton, sugar, and cornfields, the small peasant families were dispossessed of their small corn farms either legally or by coercion. They were forced to move to cities where they lived at the margins of urban society.

For example in Nicaragua, the urban population increased from 19 percent in 1950 to 54 percent in 1980. Some peasants were pushed to the fringes in mountainous regions, earning their livelihood through marginal farming and seasonal labor on large farms. In 1970, one-fifth of the population of the region received 61 % of the income. 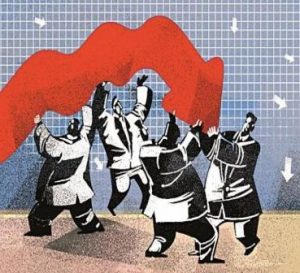 In Bolivia, for instance, a series of protests took place in Cochabamba (a fourth-largest city in Bolivia) from 1999 to 2000. The city’s municipal water company SEMAPA (a state agency) was being privatized by Aguas Del Tunari, a multinational consortium.

As Bolivia faced an economic meltdown it had to reach out to the World Bank for financial aid which in return required privatization of Bolivia’s rails, roads, oil industry, telephone system, and even water supply system. This led to rising in water prices. It is obvious if the fluid that is the basic requirement of the human body is so expensive that poor people can’t afford it.

In April 2000 the Bolivian government reached an agreement with protestors to reverse the privatization. This was the impact of neo-liberal policies on Latin American countries.

Resentment can be seen against crony capitalism, privatization, a free-market economy, and the lesser role of national governments. This system of Crony capitalism is not beneficial to common people rather big businessmen and government officials (with whom businessmen have an advantageous relationship) are benefited.

Developing countries in Asia are also victims of this kind of economic setup. Ultimately these factors lead to unaffordable basic amenities. People are not liking the neo-liberal growth model. 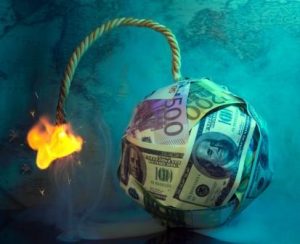 This also reflects a resentment against international organizations like the World Bank and the International Monetary Fund who give financial aids to countries on the condition that countries would undergo the process of privatization and allow foreign ownership in their banks.

These factors have led to a decline in the role of the state over time. Persistent election victories of the left can be seen as the indication that people want to see a greater role of the national governments in their countries and they are not happy with this new medievalism.

In Medieval Europe, the monarch had limited powers and was seen merely as a secular agent of the church and had no real powers on state issues. According to some scholars in the modern world, international organizations and forces of the global economy have similarly diminished the role of the state. Hence, they call it ‘new medievalism’. This can be seen as a mandate that people clearly don’t like the new medievalism.