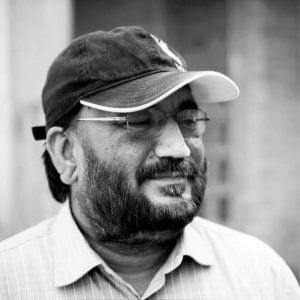 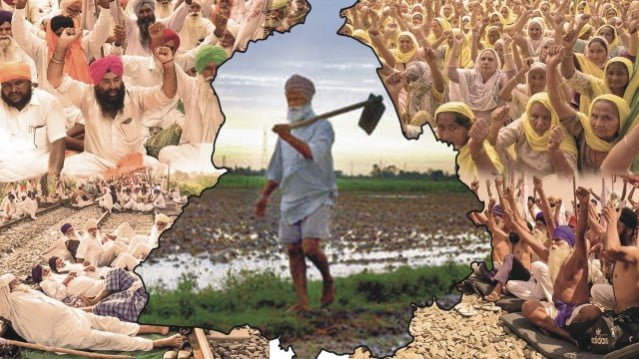 Mass support is often dependent upon the Ideology and Organisation of movement.

A SOCIAL MOVEMENT is any organised attempt by a large number of people to change or resist change in an any aspect of society through non institutionalised means. Punjab is a land of social movements. The distinct history of Punjab — its Sufi tradition, folk lore and above all the Sikh ideology and tradition have ensured that standing for justice and rebelling for a cause is etched in the collective conscience of Punjab.

This ensures that, a social movement triggers off in Punjab after every few years. Since the colonial times Punjab has seen every type of Social movement — Social, Political, Economic and Religious. Big and small, Violent and Non-Violent, Successful and Unsuccessful.

For the purposes of this article we are looking at social movements in Punjab from the 1870s till date. Some successful movements like Pagri Sambhal Jatta have been lost in the mists of time. Others like against Rowlatt Satyagraha makes one proud and poignant.

Some like the one for Gurudwara reform led to creation of organisations like Shiromani Gurdwara Prabandhak Committee and political parties like Shiromani Akali Dal. Others like the Ghadarites, Naxalites and that for Khalistan were crushed brutally but left behind dedicated cadre, sublime literature and icons of resistance.

Some like those against Farm Acts have united us, while those for Punjabi Suba divided us. Each movement has fed into the other, raising political consciousnesses, building valuable resources of resistance,creating icons and cadres and narratives.

Tactics too have played a big role in deciding the fate of any movements. In terms of averages, non-violent movements like Punjabi Suba Morcha or Gurudwara Sudhar Lehar fared better than the Ghadar movement, Naxalite movement or Khalistan movement which advocated use of violence for achieving their ends.

An effective Communication system to coordinate activists, mobilise people and to win the ‘hearts and minds’ of a larger population is always handy in any agitation. On the other hand, control over communication or narratives has helped governments to divide or delegitimise movements.

An important reason for the large mobilisation of Pagdi Sambhal Jatta movement was the role of press — Zamindar, Paisa Akhbar, Punjabee, The Tribune, etc— in garnering support for the movement. On the other hand, control over press — print, TV and Radio ensured that the Indian state was successful in portraying the Dharam Yudh Morcha as secessionist, violent and unreasonable, triggering the insecurities of Punjabi Hindus and soaring communal temperature in the country.

Leadership has also played a crucial role in movement history. Leaders inspire people, provide vision,  organise and lead movements. One of the main reasons for the success and persistence of Gurudwara Reform movement and Muzhara Lehar was its credible and democratic leadership who and coordinated its activities.

Similarly, the Muzhara Lehar was led by remarkable men like Teja Singh Sawtantar, Jagir Singh Joga, and others who were able to inspire and lead masses to eventually gain ‘land to the tillers’ in PEPSU in the 1950s.

On the other hand, compromised, uncoordinated and inexperienced leadership, like the one shown by Bargari Morcha eventually led to the evaporation of mass support and lack of any tangible achievement on their part.

Mass Support is another crucial factor in social movements. More and widespread the support base of a movement, more chances of its success. The ability to bring more people on streets for Dharnas, Rallies and protests often forces the govt to concede demands of a movement. More mass support and sympathy for a cause also helps in prolonging a movement.

The success of Gurudwara Sudhar Lehar and Punjabi Suba movement was due to high mass support for them. Limited or non-existent mass support led to the swift demise of Ghadar and Naxalite movements in Punjab.

Mass support is often dependent upon the Ideology and Organisation of movement. Any ideology which is rooted in the culture and region, stresses non-violent means and tries to encompass large number of people has better chances of success.

In Punjab, historically, social movements have found maximum resonance among the rural Sikh peasantry. It is the core regions Majha and Malwa which have been epicentres of social movements. Movements of both right and left have been sustained by the same social base but on an average, those using Sikh symbols, rhetoric and traditions have found larger support.

Organisational strength or lack of it also plays a crucial role in involving masses and sustaining them in a movement. The strength and unity of Farmers movement in the 1980s lay behind its success in getting concessions like subsidies, higher MSP’s, Debt relief, etc. However, its fragmentation in the 90s into many unions led to its decline as a major force until the present agitation. The revival of unions in the last few years and their coordinated action lies behind the comparatively higher pressure this time.

Also Read: Shambhu Morcha and Khalistan: The Many Anxieties of Punjab Protests

State response to a movement has been a crucial factor. In the case of Punjab, Punjab’s strategic location and military connections have been important considerations in dealing with social movements both by colonial and post-colonial states.

Political movements advocating violence have been mercilessly crushed irrespective of support and ideology. Namdharis, Ghadarites, anti-Rowlatt Act activists, Babbar Akalis, Naxalites and Khalistanis were all brutally crushed and eliminated by both legal and illegal methods.

Movements with limited objectives, and using non-violent methods, like Pagdi Sambhal Jatta, Gurudwara Reform Movement, Punjabi Suba, were conceded keeping the strategic location of Punjab in mind and knowing the cost of alienating its peasantry with military links. Similarly, certain movements like Bargari and Bhartiya Kissan Union in the 1980s were diffused by co-opting their leadership.

Moderate Akalis were brought into the mainstream by dangling the carrot of power for them in 1985. Some like for state rights under Anandpur Sahib Resolution were delegitimised and stereotyped as communal and secessionist using state machinery and media.