Not mosques, churches and temples but good schools and scientific institutions are needed 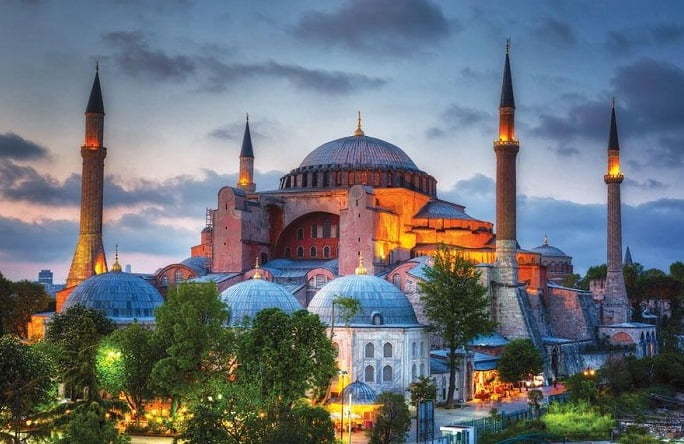 President Erdogan of Turkey’s decision to convert the famous Hagia Sophia into a mosque is to my mind a reactionary stunt, and deserves to be condemned.

Erdogan did this gimmick because the Turkish economy is tanking. Unemployment is at a record high, and Turks are leaving Turkey in large numbers seeking employment in other countries. Consequently, Erdogan’s popularity is at a new low.

Till the early 1920s Turkey was a poor, backward, feudal country, ruled by a Sultan, who kept it backward. It was called ‘ The Sick Man of Europe ‘, and was often kicked around by European powers.

Mustafa Kemal, who was an army general, realised that this sad state of affairs of his country was because of its backwardness, and he decided to modernise it. In the 1920s he abolished sharia law, burqa, and madarsas, and made Turkey a modern secular state.

Among the reforms he introduced was secularising Hagia Sophia and making it a museum in 1935. This marvellous structure was a church in the Byzantine Empire, built in 537 A.D. by Emperor Justinian, and it was converted into a mosque after the Ottoman Sultan Mohammed II conquered Constantinople ( renamed Istanbul ) in 1457. From 1935 onwards, however, it was made a museum by Mustafa Kemal..

Now President Erdogan is trying to set the clock back by trying to convert a secular country into an Islamic one. His latest decision to convert Hagia Sophia into a mosque, is among the reactionary steps he has taken, to get cheap popularity, and restore his failing image. This step is really to divert public opinion from the economic crisis which Turkey is going through, and which Erdogan has no idea how to resolve.

It is submitted that what are needed are not mosques, churches or temples but good schools, scientific institutes, engineering colleges, medical colleges, hospitals etc. That alone will take a country forward, not stunts and gimmicks.