Monkeypox: India Cannot Afford To Be Complacent After Some Respite 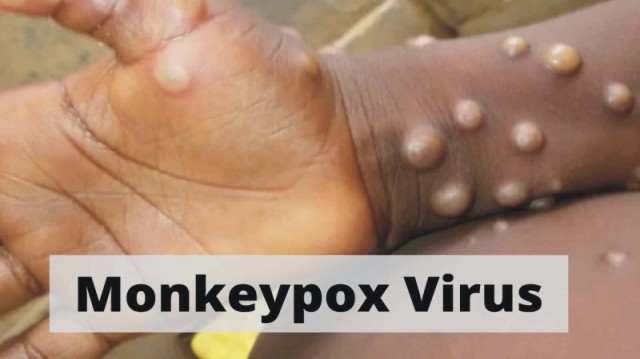 Though Monkeypox transmits mainly through touching and among close contacts, it also spreads through body fluids and droplets.

Dr Shahid Jameel is a noted Indian virologist popularly known for his research in Hepatitis E virus. He is an elected fellow of all the three major Indian science academies viz. National Academy of Sciences, India, Indian Academy of Sciences, and Indian National Science Academy. The Council of Scientific and Industrial Research, the apex agency of the Government of India for scientific research, awarded him the Shanti Swarup Bhatnagar Prize for Science and Technology, one of the highest Indian science awards for his contributions to Medical Sciences in 2000. Here is an excerpt from Dr Shahid Jameel‘s interview:

Biologically how Monkeypox virus is different from Covid-19?

Being DNA viruses, poxviruses have stable genomes while coronaviruses being RNA viruses can change quickly – as seen with so many variants of the Covid-19 virus.

The two viruses also cause completely different disease manifestations – poxviruses produce skin boils; the Covid-19 virus produces a respiratory infection. This has implications for how the two viruses are transmitted from an infected to naïve host.

How serious is the threat of Monkeypox in India?

On the face of it, with few known cases in India at this time, the threat is small. But these cases (and those globally) are based not on community surveillance but were found in those who sought medical help. The actual numbers may be much higher everywhere in the world for us to be able to see over 17,000 known cases globally.

For India, I would say it’s not a cause for worry at this time but can quickly become one. So we need to be vigilant and put various public health measures in place.

Can India afford to be complacent against Monkeypox when WHO has already declared it as global emergency?

No, we should not make that mistake. Though Monkeypox transmits mainly through touching and among close contacts, it also spreads through body fluids and droplets (i.e. surface contamination). Such infections can spread very quickly in places with high population density. Indian cities are crowded and come in that category.

How can the lessons learnt from Covid 19 pandemic help to fight Monkeypox?

The key lessons from Covid-19 are to recognise the problem early, not be complacent, put in public health measures (testing, isolation and treatment) early, communicate clearly, use the best tools available and use data to set policy. All these apply to Monkeypox as well.

How do you think the technological advancement made during the development of Covid 19 vaccines help India to develop vaccines against Monkeypox?

India’s strength is not in vaccine development but in manufacturing. We can leverage that strength to license and produce large amounts of the available third generation smallpox vaccine (which is approved for use against Monkeypox as well). Research into new vaccines and bringing them to the market will take time. It will also be hard for the world to come up again with the kind of capital it did for Covid-119 vaccines, especially since most economies have been adversely affected by the ongoing pandemic.

Is India’s emergency health preparedness in tune with the threat perception?

So far I would say yes because the reported numbers are low. But since this has the potential to spread quickly, we should have a clear and coordinated plan. The Ministry of Health and Family Welfare, Govt of India issued guidelines for Monkeypox management in the country on 31st May 2022 even before any case was detected. This is a very good step.

What would you like to suggest to government and policy makers keeping in mind the threat from Monkeypox outbreak?

Going beyond the guidelines issued well ahead of time, the key elements of preparedness would be testing, tracing, isolation and treatment.

Increase testing facilities beyond NIV, Pune. During Covid-19, multiple laboratories across the country developed PCR testing capability. ICMR has set up Virology units in over 50 medical colleges. Training in containment and testing can increase their capabilities and quickly expand testing. NIV can play a trainer and quality control role.

Testing sewage water for Monkeypox (like successfully done for Covid-19) can be implemented for cities that have the highest risk due to high population density. Cities also have a working sewage system (unlike villages). Virus in sewage is a good indicator of community transmission. This can guide public health planners and help fine tune the response.

Use India’s vaccine manufacturing strength to license and manufacture the Bavarian Nordic vaccine for India and other LMICs.

Use India’s generic pharma industry, to license and manufacture the FDA approved drug Tecovirimat for India and other LMICs.

The most important preparation for future is a robust and well-funded infectious disease research programme in the country. Viruses appear to be emerging at increased frequency. We can only keep ahead of them through research.