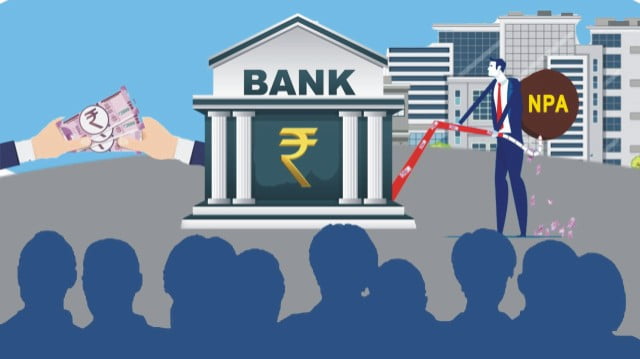 That would have meant that if banks make mistakes, they can use your money to pay for the losses.

Many of you may not know that Mr. Modi quietly introduced a draconian money grab bill in 2017, known as Financial Resolution And Deposit Insurance Bill (FRDI).

This bill could have enabled banks to settle bad loans using your money deposited in banks. Whistleblowers exposed the regressive nature of this bill and how ordinary people will have to pay for the bad loans distributed by banks.

This bill was quietly withdrawn, latter looking at the outcry. However, the issue is not over, and it is set to come back in some other name as per some reports available in the public domain.

What was FRDI Bill and Why it is Money Grab?

Many Banks are carrying bad loans, and the defaulters are unable to pay and, in some cases, unwilling.

The bank loan defaults increased many folds once Modi came to power. There could be for various reasons, which we will not investigate here.

The figure below gives the Gross non-performing loan ratio (ratio of bad loan to total loan) across India from 2008 to 2021, with estimates until September 2021. This trend is based on RBI numbers (actual and projected for 2021,2022). 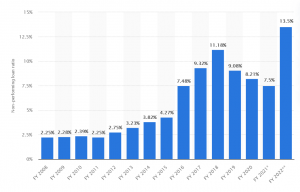 Some experts might indicate that this increase is because of loan restructuring done by previous regimes. However, there are many counterarguments, and a mere exponential growth suggests that other factors play a much more significant role.

Government planned to recapitalize the banks and wipe out bad loans using our bank deposits. You may have heard about the “bailout” of banks where capital is infused from outside. Government planned to use our deposits to compensate the losses, which is called “Bail-In.”

That would mean that if banks make mistakes, they can use your money to pay for the losses. That was what FRDI was all about. Some Whistleblowers exposed this to the media before it could make any further progress. That is how it got leaked and resulted in widespread panic.

Along with many other provisions, it gives the power to the government to create a resolution commission that decides how much deposits you can get back if the financial service provider (bank, NBFC) is unable to operate.

The commission was authorized to take the call to restructure the assets of the bank and also had the powers to suggest the use of your deposits for the recapitalization of banks.

In any case, your security was only for only one lakh (now 5 Lakhs) to which your banks insure. So, if you have deposited ten lakhs in a bank and the bank is unable to handle the bad loans it has distributed, it can use your money to wipe out its losses, and you can get 5 lakh back (previously 1 Lakh). 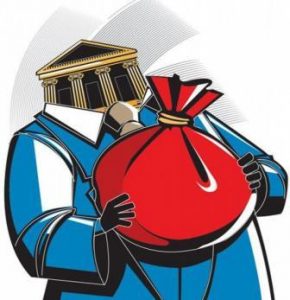 In other words, you are accountable for Banks’ mistakes or inability to recover.

Under the prevailing situation, we do not know how much justice this resolution commission could have done to depositors’ money if the defaulters are businesses close to power.

Besides, if those powerful corporates become investors in banks and then use those banks to take loans and use the commission to get depositor’s money to clear loans, you can imagine the situation.

Just like farm bills, depositors were quick to understand, and it created panic. Elections were due in 2019, and the government caved in and rolled back the initiative.

There are specific indications that FRDI may revisit us in some other form. For example, as per media reports available in the public domain, the revised Financial Sector Development and Regulation (Resolution) Bill, 2019 (FSDR), is ready to be re-introduced in Parliament as soon as the Cabinet clears it. 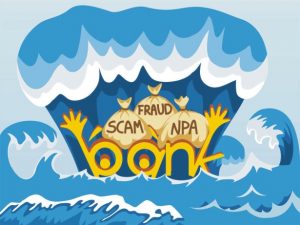 The new bill aims to fix the existing regime for the resolution of financial firms, which is considered fragmented, incomplete, and subject to multiple laws and regulatory authorities. So it is old wine in the new bottle?

Whistleblowers have raised concerns about the new FSDR bill. Mr. Thomas Franco, former General Secretary of All India Bank Officers’ Confederation (AIBOC) has exposed the government’s intent and design to reintroduce this bill. Listen to the shocking revelation of the expert in the video .

Indeed, we all need to be vigilant and cautious; otherwise, we have to spend months on the road protesting against such amendments alongside farmers to save our hard-earned money from vested interests close to power.