Modi’s popularity – Is the tide turning? 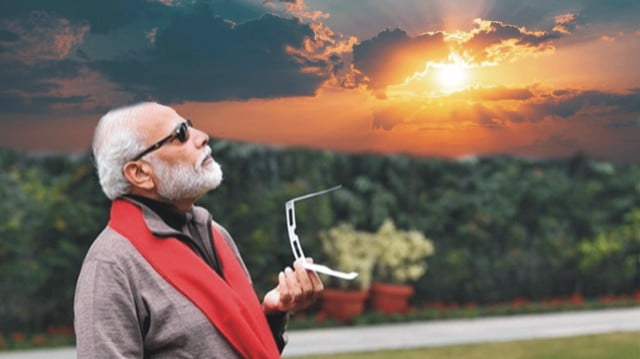 Despite many things the popularity rating of Modi, as revealed in many assessments, is still high.

Harbans Mukhia’s article ‘With a faltering economy and BJP’s losses, is the tide turning?’ published in the portal thewire.in only shows how divorced Indian ‘intellectuals’ are from realities.

My reply to Mr Mukhia, in brief, is that when most voters in India go to vote they only see the caste or religion of the candidate, not his merits or demerits, (or the caste and religion his party represents) and forget unemployment, price rise, Covid, and the other factors he had mentioned.

This is because India is still a semi-feudal country, and the mindsets of most of our people (even our so called ‘educated’ class) is still feudal and backward, full of casteism and communalism. 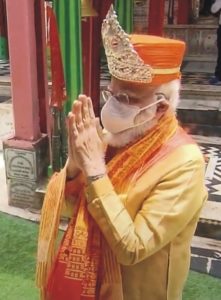 A proof of this is that despite everything the popularity rating of Modi, as revealed in many assessments, is still high.

In India most Hindus are communal, and so are most Muslims. Since Hindus are almost 80% of our population, this gives a distinct advantage to the BJP.

Coupled with this are two facts:

(2) state institutions have largely been ‘saffronised’, which means that the state machinery, including the Election Commission, will be used to benefit the BJP.

Mr Mukhia gives the example of the recent West Bengal elections to prove his point that the BJP is losing its sheen.

What he forgets is that the number of seats of the BJP in the West Bengal state assembly has risen from 4 (out of 294) in the 2016 elections to 77 in the 2021 elections, which marks an exponential rise of seats in a state which hardly had any BJP presence earlier, and was regarded as a bastion of secularism.

It is true that though many Bengali Hindus voted for the BJP (including in Nandigram where Mamata Banerjee lost) many of them also voted for the TMC.

But that is because there is a streak of ‘Bengali nationalism’ among Bengalis. Mamata Banerjee, despite all her faults, was perceived by Bengalis as one of themselves, whereas if BJP came to power West Bengal would be ruled (even if had a local Bengali Chief Minister) in effect from Delhi by BJP leaders who are non Bengalis and who cannot even speak Bengali.

As regards the coming UP state assembly elections, no doubt BJP may lose many seats in Western UP where the farmers agitation was intense, but there was no similar agitation in other parts of the state.

In the 2017 state assembly elections BJP won a staggering 325 out of the 403 seats. So in the coming 2022 elections its numbers may be diminished, but it it is still likely to win an absolute majority. 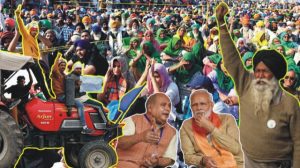 In the 2024 elections BJP may lose seats in Haryana and Western UP, (it has hardly any presence in Punjab) due to the farmers agitation (which is not present in other parts of India), but that will only be a loss of about 20 seats.

And if there are communal incidents, or tensions between India and Pakistan, before the elections are held that will benefit the BJP. So it is still likely to get a majority despite all that Mr Mukhia has said.

Some people talk of an alliance of opposition parties which may defeat the BJP.

But what is in common among these parties? There is nothing, except the desire to oust the BJP and acquire power and pelf. 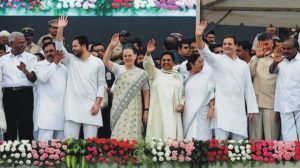 The first thing they will do, assuming they come to power, will be to begin a mad scramble for lucrative portfolios like Finance, Commerce, Industry and Home, as it happened in Karnataka between the Congress and the JD(S) after the 2018 state assembly elections.

Even thereafter they will keep fighting each other, as did the constituents of the Janta Party, which came to power in 1977 after the Emergency.

So it will be going from the frying pan into the fire.

Very Human To Curse The Dead

PrevPreviousProposed amendment to Electricity Act 2003 – Why should we be worried about it?
NextSedition, Anti-Terror Laws Misused To Stifle Dissent: Should Be Shown The DoorNext
Author Related Post