Mithila – A land of great scholars 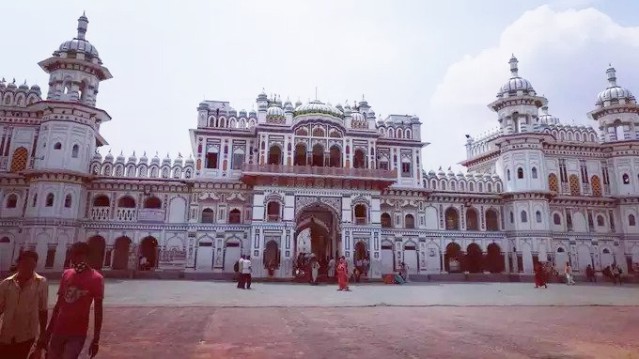 Mithila is a region in Northern Bihar, the land of Raja Janak, the great philosopher king, and father of Sitaji, who was married to Lord Rama.

Mithila in north Bihar is a region in India where I have never been, but where I would like to go at least once before I die. This is because of the large number of outstanding philosophers, scholars, and poets it has produced.

When I was the Chief Justice of Madras High Court (2004-2005) a young Tamilian lady lawyer named Maithili appeared before me. I asked her whether she knew the meaning of her name. She said no.

I then told her that it means one belonging to Mithila, in Northern Bihar, the land of Raja Janak, the great philosopher king, and father of Sitaji, who was married to Lord Rama.

Mithila is the land of some of the greatest scholars India has produced e.g. Mandan Mishra, Vachaspati Mishra, etc, and in modern times the great Vice Chancellors of Allahabad University (my alma mater) Dr Ganganath Jha and his son Dr Amarnath Jha.

The great poet Vidyapati (1352-1448), who wrote in Maithili, perhaps the sweetest language in India, was also from Mithila.

I may give some examples of their great learning.

It is said that when Adi Shankaracharya (788-820 A.D.), the great exponent of Vedant philosophy, came from Kerala (his home state) to North India to debate with the renowned Mimansa scholar Mandan Mishra, who lived in Mithila, he asked the direction to Mandan Mishra’s house.

He was told that it was next to a tree on whose branches the parrots are constantly asking ” What is real? What is unreal? How can moksha be attained? ” etc.

In other words, throughout Mithila intellectual debates were constantly going on among scholars on various topics.

The other example is of Vachaspati Mishra, who lived in the 9th or 10th century A.D. and was one of the most outstanding scholars India has produced, having made significant contributions in about eight branches of knowledge e.g. philosophy, law, grammar, interpretation, etc

A story is that since his youth Vachaspati Mishra was so immersed in his studies and writing that he forgot he was married (in those days people were married by their parents in childhood).

His studies and writing began early in the morning and would go on right upto night. In between a servant would bring some food , prepared by Vachaspati’s wife.

When Vachaspati became old, one day the servant brought some food which was not properly cooked. He enquired from his servant about the reason. The servant said it was because Vachaspati’s wife was sick.

On hearing this Vachaspati realised he had been married for 50 years but had forgotten about it because he had been totally absorbed in his scholarly work. He then went to his wife named Bhamati), deeply apologised to her.

He told her that he had been so deeply engrossed and focused in his work that he had forgotten about her, and had committed a great sin by depriving her of children and the joys of family life.

He said the only way he could slightly compensate was to name his next book after her name. That book is named ‘Bhamati’, and is even today the leading commentary on Shankaracharya’s bhashya on the Vedant sutras.

Congress invitation to 'like minded' parties; Will they accept it?....

Books, which may get me into trouble....