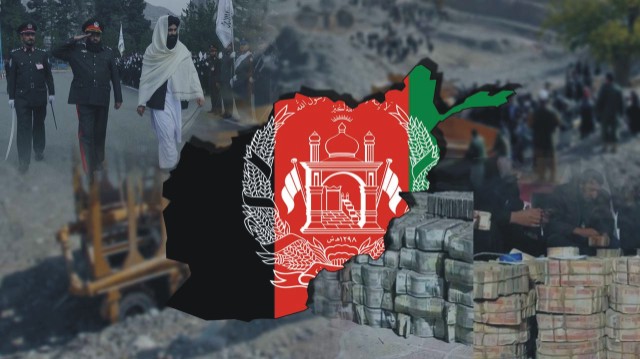 Afghanistan’s mineral wealth might be able to help the Taliban to bankroll its developmental plans.

But now new findings are emerging which say that those reports might be true to a certain extent. Afghanistan, which is one of the world’s poorest countries at present, contains huge riches in the shape of mineral deposits of gold, precious stones, coal, oil and gas, lithium, and rare-earth minerals.

A decade back some US geologists had calculated the mineral reserves in Afghanistan to be in excess of $1 trillion, which must have increased many fold by now, as it comprises many rare earth elements. Technological advances in the West and china both depend to a large extent on possessing these rare earth minerals as many new energy alternatives are based on their steady supply.

China already controls most of the world’s rare-earth minerals, which are used to manufacture a variety of technologies, including components in electric vehicles and smartphone touch screens. 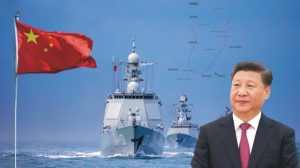 Now China has plunged in the troubled waters of Afghanistan, after the U.S. withdrawal. In the recent past China has courted the Taliban administration with much fanfare.Its embassy in Kabul kept functioning when Western missions fled after the Taliban takeover.

Reportedly, even Iran, which has facilitated several round of talks for restoring the new government in Afghanistan has jumped into the frayand has tried to foster good ties with the top Taliban honchos.

As per a report in the Wall street Journal, China is negotiating with Taliban authorities to start mining in the Logar province, a two-hour drive from the capital, reportedly containing one of the world’s biggest untapped reserves of copper, called Mes Aynak.

Beijing is also in talks to begin work on oil-and-gas reserves in the north of the country, Amu Darya. Both projects were on hold for years because of the war, which ended when the Taliban seized power in August.

Obviously the U.S. officials are concerned that China will fill the vacuum left by the American withdrawal from Afghanistan.

Taliban’s minister for minerals and petroleum, Shahabuddin Dilawar bemoans the fact that his country was engaged in war for past 43 years and thus could not mine these resources for Afghanistan’s development.

Of the current Taliban administration, its Mining Ministry is apparently engaged in a lot of activities. However, Dilawar is reported to be exercising a cautious and pragmatic approach to decide which country to allow mining these resources for Afghanistan.

Reportedly he wants American and other Western companies to also come to Afghanistan now that the American military presence is gone. And would prefer American mining companies due to their expertise.

With commodities in a bullish cycle that could keep prices buoyant for years and the end to fighting between U.S. forces and the Taliban, the time might be right for mining in Afghanistan, according to analysts.

However, what queers the way forward for Chinese companies is that these copper deposits sits under the ruins of a vast ancient city, Mes Aynak, dating back about 2,000 years. Mes Aynak was a grand outpost of a Buddhist civilisation that thrived in Afghanistan and what is now north-western Pakistan centuries before Islam rose.

Countering the deeds of the past Taliban administration, which blasted the two Bamiyan statues in 2001, this time Dilawar tries to assure by saying that these antiquities would be protected but how it hasn’t been decided. His preference would be to move the whole city to somewhere nearby and reconstruct it. Many prize artefacts have been shifted to the Kabul Museum.

Mes Aynak flourished between the first and seventh centuries. Reportedly there are Buddhist monasteries, stupas, graveyards and wall paintings beneath the mountain. Its eastern flank is covered with antique structures that formed the city. 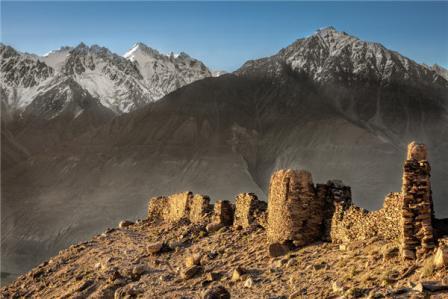 Archaeologists say that excavation of the site was about 70% complete after a decade of work on it, and no mining should be done until the excavation is completed. ,

Experts say if the Chinese were prepared to mine underground through tunnels, which would enable the city ruins to remain where they are, it would take at least three more years of archaeological excavation before mining could begin.

Further, if the Chinese plan to do open-pit mining, seven to 10 years would be needed to document and move the ancient remains. Further, more than half of the antiquities might beside losing and the archaeological integrity of the site, as it is not possible to relocate everything.

At present talks with Chinese companies are struck as what the Taliban want them to deliver and what they are ready to deliver, differ. The mining minister said the 2007 contract required China to build a power plant that would supply energy to the site, surrounding area and Kabul; process the copper in Afghanistan; construct a railway to the Pakistani border at Torkham; transfer the antiquities; and buy land from villagers. He categorically said that Chinese were given two projects earlier, and we may not give them a third until we see practical actions in those two.

China’s state-owned mining company Metallurgical Corp. of China, which was awarded the contract for Mes Aynak in 2007 by the then-U.S.-backed government in Kabul, never started the work because of the scale of the antiquities discovered, the war and disagreements over terms with the Afghan government. There are reports that MCC is trying to back-off earlier obligations.

Apparently, mining looks to be the best bet for Taliban, as after their takeover they immediately came under international sanctions, asset freeze and slowing business activities leading to an economic collapse. To raise revenues fast, mining seems to be best option for them, but they’ll have to tread cautiously in choosing their partners besides ensuring measures to preserve the archaeological treasures of the country.