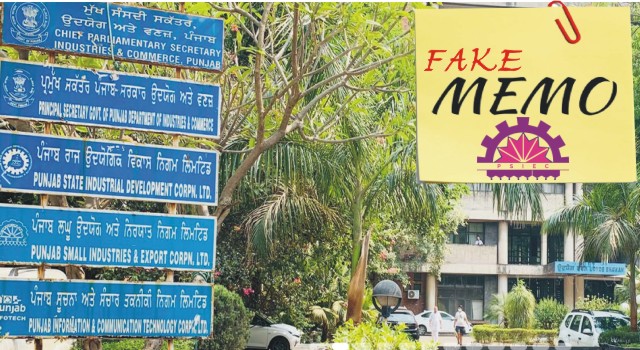 Bir Devinder Singh, former Deputy Speaker, Punjab Vidhan Sabha has written an open letter to Punjab Chief Minister Bhagwant Mann regarding an alarming case of a fake and scandalous CM Memo, used by bureaucrats to scuttle the most significant Vigilance enquiries. Text of the letter is given below:

I wish to draw your immediate attention towards an alarming case of a fake and scandalous CM Memo, used by bureaucrats to conceal their sins and bury the most significant Vigilance enquiries.

I’m told that Vigilance Enquiry No. 3/2018 and vigilance Enquiry No.4/2021 were initiated by the Bureau of Vigilance, Punjab to probe the scandalous allotment of Industrial plots by the PSIEC (Punjab State Industry and Export Corporation) through fraudulent deals.

I have also come to know through reliable sources that the Punjab vigilance department by its painstaking and thorough efforts was able to lay its hand on many corrupt deals. 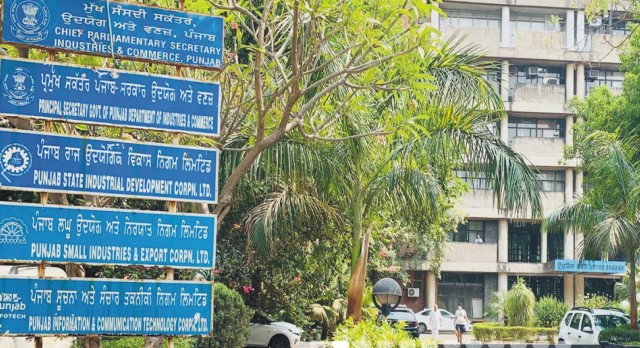 But ironically the move of the Vigilance department in aforesaid two enquiries was fraudulently scuttled by some IAS officers, who were allegedly involved in the public loot, fraudulently using a fake and fabricated memo, purported to have been sent by then Chief Minister Capt. Amarinder Singh which inflexibly states that the Vigilance department need not to pursue the aforesaid enquiries as the whole matter will be enquired by the committee of three IAS officers.

The communication to this regard was sent to vigilance by the then MD, PSIEC, herself an IAS officer. But when the Vigilance department pressed for the production of original memo, duly signed by the CM Capt. Amarinder Singh, that memo was neither shown, nor produced on the file till date.

The so-called CM memo has become a mystery. A Public Interest Litigation, CWP-PIL-3-2020 (O&M) has to be filed in the Hon’ble Punjab & Haryana Court as a last resort to locate the so-called CM memo, constituting the three member committee of IAS officers that was instrumental to scuttle the process of two most important vigilance enquiries in question.

As sequel to the notice issued by the Hon’ble Punjab & Haryana High Court in the matter, couple of curious official missives and interdepartmental communications are being exchanged on record to discover the mysterious note of the then CM, Capt. Amarinder Singh.

The matter is now fixed for February 2, 2023 in the Punjab & Haryana High court giving last opportunity to the State to comply with the High Court order dated 18.03.2022 placing on record the order constituting a three members committee.

Now the million dollar question is whether any such note has ever been originated from the CMO with the signature of the then CM or some dubious proxy of the CM, was used by the monstrous nexus of bureaucrats to scuttle the vigilance enquiry. I am of the humble view that if necessary former Chief Minister Capt. Amarinder Singh should also be questioned in this matter, to ascertain the authenticity of the questionable memo.

It is a strange and laughable absurdity that an IAS officer who was one of the members of the committee of the IAS officers, who allegedly scuttled the vigilance enquiries is currently Secretary Personnel & Vigilance.

I wonder why the Government that has publicly committed itself to root out corruption at all level of Governance is being run in such a casual and callous manner. If this kind of paradox is prevalent in the departments headed by the CM, then how could you expect a fair probe if the notorious nexus of bureaucrat are still at play that too at the helms of the affairs of the State Governance?

Therefore it is of utmost importance in the interest of justice,fair and transparent governance that both the aforesaid enquiries must be activated forthwith to uncover the truth, but before doing so, all the three IAS officers must be disarmed and removed from their current postings.