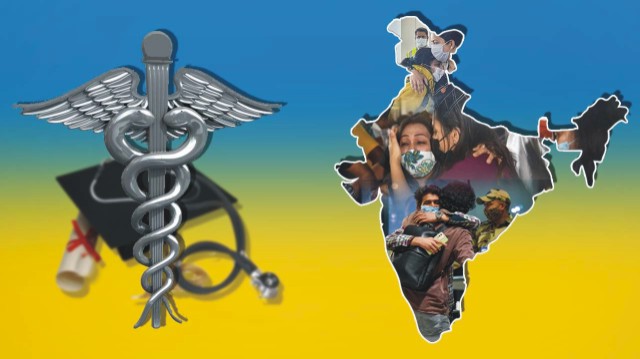 Most of these students chose to study in a country like Ukraine due to the high cost of medical education in India.

For the countries directly involved in battle, the nature of war has always been internecine. However, the war has an indirect or direct impact on many other countries. Ukraine is experiencing destruction from all sides in the current conflict, while Russia is facing sanctions from a variety of sources. 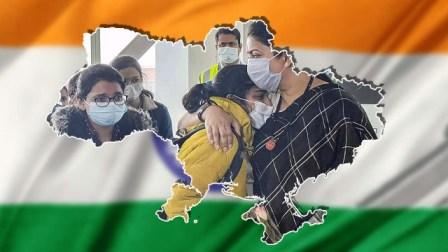 It could be a full-fledged military conflict for Ukraine, but it will be an economic conflict for Russia, with penalties from the US and others. India would be affected by the war in a variety of ways. The immediate problem was ensuring the safe evacuation of all Indian students from Ukraine.

According to Prof K. Srinath Reddy, President, Public Health Foundation of India (PHFI), “There are two priorities that India must address in response to the challenges posed by Indian students pursuing undergraduate medical education in foreign countries. The first is to help Indian students evacuated from Ukraine in finding productive educational pathways in India. The second is to speedily scale up the facilities for MBBS courses in India itself.”

“Lateral entry of evacuated students into MBBS programmes in India appears to be facing barriers due to regulations of the National Medical Commission. If those barriers are insurmountable, these students can be provided admission to B.Sc. Programmes in Public Health or Health Technologies that can be run by institutes of public health, medical colleges and IITs. The government can support such education and create career tracks. In the second priority area, both state and central governments must upgrade district hospitals and transform them into medical education centers. The centrally sponsored scheme which seeks to for start 157 new medical colleges in association with strengthened district hospitals can advance this process,” said the president of PHFI.

According to reports, the bulk of Indian students studying medicine in Ukraine are from India. In Europe, Ukraine has the fourth-highest number of graduate and post-graduate specialisations in medicine. Some of Ukraine’s state-run universities are well-known for providing high-quality education, and it is thought that Indian parents would rather send their children to these institutions than pay a big sum to enroll their children in a lesser-known private medical college in India.

Ukrainian medical colleges, according to Quartz India, are a windfall for students who are unable to get places at government institutions or afford the high fees imposed by private institutions in India. Ukraine’s universities are less expensive; MBBS prices in Ukraine range from $3,500 to $5000 per year (about Rs 2.65 lakh to Rs 3.8 lakh), which is within reach for Indian students.

On the ongoing medical students’ crises, Shahid Akhter, Editor of The Economic Times Online Healthcare, said, “On the one hand we generally talk about scarcity of doctors in India and on the other thousands of students are studying abroad. There has to be a way out and the policy makers in the government should think that why despite of scarcity of doctors in India students are moving out or allowed to move out to study abroad.”

Akhter added, “Surprisingly country like Mongolia is exporting doctors. But India is unable to fix the problem. Why all those Indian students going abroad are not provided with ample opportunity to pursue their study in India? The notable point is we were not even aware of the number of students studying in Ukraine. It became evident only when they were returning home. We don’t have figures of student in Bangladesh, Russia or in any parts of the world. Now after this fallout the government is still not aware what to do and there is no clear cut policy to accommodate them and no mechanism in place to address such crisis.”

“Anand Mahindra, the chairman of the Mahindra is considering constructing a medical studies facility on the Mahindra University campus. The Mumbai-based business magnate claimed he had no idea of India’s medical college shortfall or the amount of Indian students studying overseas. The Karnataka government has said that they will try to accommodate 1000 students. Indian Medical Association (IMA) should come up with guidelines on the number of students required to be accommodated because some may be in first, second or final year and to accommodate them accordingly is a big challenge. Will the students be accommodated in India itself, or will they be allowed to go to other countries? Rules are very tough in India,” said Akhter. 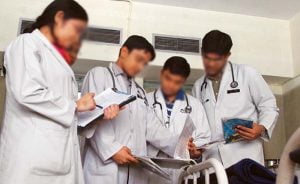 On the way forward, he said, “It is for the government or the IMA to come with a policy as how to address the concern of these students either by waving fess, or by providing some parallel platform or will allow them to go abroad again. If other states also come forward like Karnataka then all 20000 students can be easily accommodated in India.

Dr. Wasim Ghori, Brand Ambassador – DiaBeaters, India, while sharing his perspective on the crisis said,
“India has given the world some of the most brilliant minds, which is a matter of pride, due to the lack of affordable medical education infrastructure in the country, the country is losing it’s much-needed medical ‘brain trust’ to other countries. Hence, it is important that the government addresses this issue and starts investing in building healthcare educational institutions in the country which will make medical education more accessible and also reduce the burden on the existing healthcare system.”

Ghori added, “Most of these students chose to study in a country like Ukraine due to the high cost of medical education in India. It is estimated that around 20,000 students leave India every year to study medicine. Countries like Ukraine offered relatively good quality medical education at one-third the rates of private medical education in India. Upon returning to India after their medical studies, these students have to pass a Foreign Medical Graduate Examination which is effectively a licensure test for practicing medicine in the country. Earlier the proportion of students who fail this examination was very high, but it has progressively come down over the years.”

“The government can help them with financial aid in the form of zero interest loans and by generating more scholarship opportunities with which these aspiring doctors will not only receive the best education within India, but also contribute to it’s own healthcare system. The doctor-population ratio in India is 0.9 per thousand population which is slightly less than the 1 per thousand recommended by the World Health Organization. Even though these numbers are not that bad, there is a huge disparity between rural and urban areas regarding access to quality assured medical care,” he said.