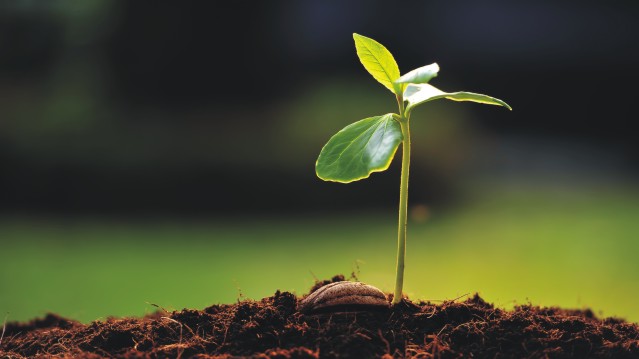 Plants may not have eyes or ears or what we would call a nervous system but plants can listen and talk.

We are all surrounded by plants which not only support human life system by providing oxygen, fuel, fruits, freshness, cool etc. but we make their use as per our various life needs.

As we enjoy our association with human and animals while communicating with them, it is well supported by mythological thoughts and philosophy and we also feel that plants also listen and talk to us whom we generally do not understand in terms of language or signs. 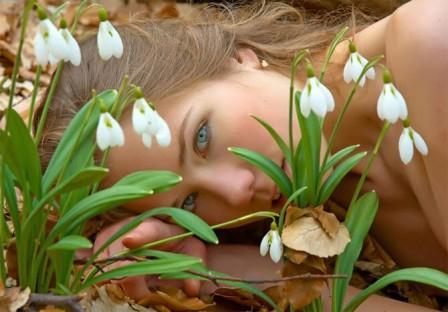 But, it’s 2022, era of technology and we can now listen to music made by plants. It turns out that plants make sounds as they grow-and a new sound art show that we can listen to plant music.

Scientists first recognized in the 1960s that listening to leaves revealed the health of plants. When leaves open their pores to capture carbon dioxide, they lose huge amounts of water.

To replace this moisture, roots suck water from the ground, sending it skyward through a series of tubes called the xylem. Pit membranes, essentially two-way valves, connect each of the thousands of tiny tubes.

The drier the soil, the more tension builds up in the xylem, until pop, an air bubble is pulled in through the membrane.

Scientists have found that all kinds of trees and plants like sagebrush, barley, corn, and yes, bean plants, release VOCs when they’re being invaded. It’s a plant’s way of crying out.

In study after study, it appears that these chemical conversations help the neighbors. The damage is usually extensive on the first plant, but the neighbors, relatively speaking, stay pest-resistant. Apparently, they heard the alarm and knew what to do which means the way plants talk to each other.

Scientists, further, discover plants chattering. Not only do plants use airborne chemicals, they send signals underground, through their roots. Some make ultrasonic “clicking” sounds. 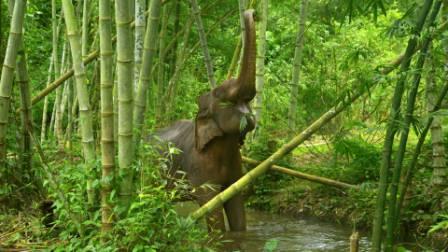 What feels to us like a quiet day in the forest may in fact be a hurly-burly of wafting, pulsing, clicking plant-to-plant communication.

Acoustic sensors measuring hydraulic emissions from plant leaves in a Duke University laboratory confirm that the forest really does hum with life. Though often too low or too high for human ears to detect, insects and animals signal each other with vibrations.

Similarly, even trees and plants fizz with the sound of tiny air bubbles bursting in their plumbing.

Plants may not have eyes or ears or what we would call a nervous system but plants can listen and talk. Sensors buried in the soil or inserted into cacti and succulents have already picked up the vibrations plants make when they are touched by humans, which can be listened through special headphones.

Experiments also suggest that plants can hear water and grow toward the sound. We have heard that playing music can help our garden grow, but have never ever considered listening to the plants themselves.

But, new technology can allow humans to hear the subtle, normally inaudible sounds of plant life. 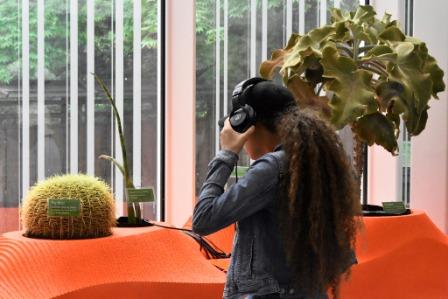 Listening to plants will add a level of information which people didn’t have before, and they will think of the plants differently and this will deepen people’s connection to the natural world.

Plants are living species and for their survival they also eat, drink and breathe like human beings and thus they also make sounds waves or plant-waves which we could not capture and understand so far but human have always wished to talk to plants.

The technology to hear plant is actually quite simple. Acoustic sensors designed to detect cracks in bridges and buildings catch the ultrasonic pops.

A piezoelectric pickup, the same as an electric guitar pickup, goes through an amplifier to an oscilloscope that measures the waveform of each pop.

Two geologists in Arizona are also building a low-cost acoustic detector, crowd-funded at about $1,000, drawn by the age-old allure of communicating with plants.

This is now possible as a device called ‘Plantwave’ lets us tune into nature of plant and let us listen to the sounds made by plants, ranging from trees, flowers, bonsai to mushrooms.

The device can detect electrical variations in plants by placing two electrodes on the leaves, the Plantwave website explains. The variations are then graphed as waves, which are turned into pitch messages to play musical instruments designed by the team.

Wave characteristics are responsible for the differences in textural qualities of the sounds.

The finished product is a continuous stream of pleasant music which, the website says, “gives you a sonic window into the secret life of plants.” 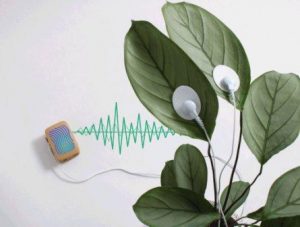 The Instagram page of Plantwave has a range of videos on how the device taps into plant music, including cacti, iris flowers and coastal plants. Children take to this music and many say it has a soothing and healing effect.

The Plantwave equipment is advanced and lets us to connect to mobile devices and listen to plant music for hours on end and costs about Rs 22,000/-.

It can even be connected to professional musical equipment like MIDI synths and Digital Audio Workstations.

The different utilities of Plantwave are listed on its website as connecting to nature, relaxing, focusing and increasing presence. It can be used to at home, in the kitchen, in the studio, during yoga or meditation, or on hiking trails.

The device lends itself to many creative pursuits, and if plant music becomes a genre in the future, we certainly wouldn’t be saying no.

Monkeypox: India Cannot Afford To Be Complacent After Some Respite....