THE FOUR MAJESTIC LIONS OF SARNATH

There is no such thing as ‘benign lions’ 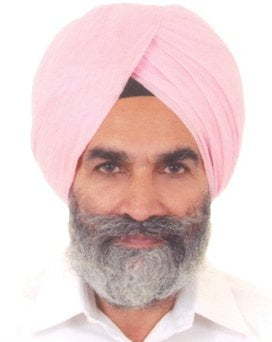 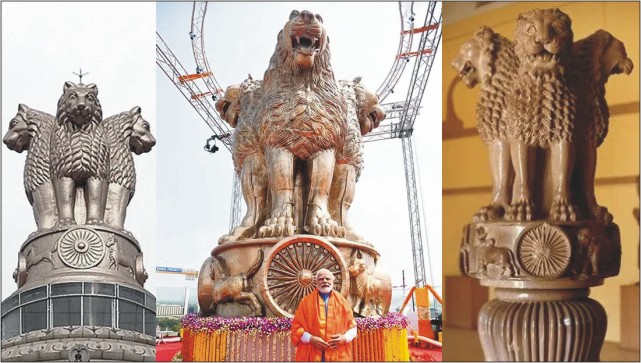 The original Sarnath lions crowning the famed Ashoka pillar, were meant to express that raw animal strength and ferocity.

The four-lion sculpture atop the new parliament house has evoked much controversy.

In their present state and appearance the four lions represent the ferocity, overpowering animal strength, inevitability of violence and consequent oppression. 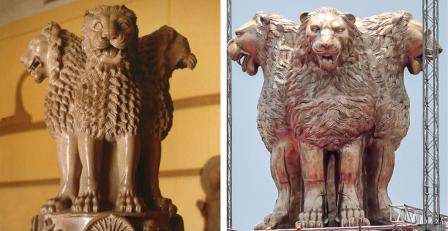 They stand for the terrorising power of the unbridled state. The original Sarnath lions crowning the famed Ashoka pillar, were meant to express that raw animal strength and ferocity. There is no such thing as ‘benign lions.’

Apparently the gentle Buddha believed that the state was an instrument of intimidation and oppression. The Sarnath lions were meant to convey that alone.

The latest lions do look ferocious just as lions must look. To that extent the nay-sayers are right.

The sculptor, who has come out to deny the obvious, is not the best judge of his creation just as the hen is no judge of an omelette. The sculpture is self explanatory and the sculptor is no party to the controversy. He must refrain from doing so.. 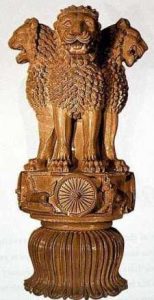 The actual fault is with the incomplete nature of the original emblem. It is known that it was adopted in a tearing hurry at midnight by the sleep-starved, over-excited and over-confident first prime minister. He knew nothing about the sculptural tradition of the East or the political philosophy of Buddhism.

If we have a good look at the original, we are sure to detect the remnants of a well carved wheel in the space in-between the lion heads.

The complete image of the sculpture is depicted on the Torana (symbolic gate separating the spiritual and the profane worlds) of the Bharhut Stupa.

It is depicted there in its complete glory and majesty. The highly embellished wheel of Buddha’s celebrated dhamma can be seen resting on its edge, above the heads of the four lions.

It will be remembered that the wheel of dhamma was first set in motion at Sarnath from where we have another wonderful statue of the Buddha in the “dhamma-chakra parivrtanam mudra.”

He is represented fashioning the fingers of both his hands in the shape of a wheel which he started rolling at Sarnath. This is where he gave his first sermon.

The symbolism of the complete sculptural masterpiece is meant to convey that, left to itself, the state is “red in tooth and claw” as Hobbes described it.

Raje shinh muqqadam kutte was the opinion of the great Guru Nanak. Ashoka admitted as much.

By adopting this emblem, he indicated that his state was deterred from inflicting excesses on the people by the spiritual, moral and ethical code together describable as rajdharam, maryada.

It is symbolised by the dhammachakka the spiritual laws initiated by the Buddha. (‘The ruler must be under an inexorable oath to meticulously do true justice to one and all,’ says Guru Nanak). 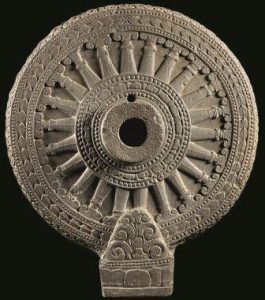 In the present circumstances, perhaps, the symbol as it now appears without the dhammchakka, is a more contemporary depiction.

Constitution, law, rules, morality and spiritual precepts are of no concern to our governors in present day India. Umpteen examples of this, including the one of robbing the Punjab’s river water at gunpoint, can be cited in support of the proposition.

It is now official that the only justice that resurgent Hindu India knows is the matsyaniae of Kautalya – a law which lays down that the big fish gobbles up the small fish.

We must all, in unison, thank our present and other post 1947 rulers for putting it so bluntly. The fault was in our stars that we did not realise it earlier.

Writer is a former IAS officer and a noted Sikh scholar.