Phase out English intelligently. But prepare Indian languages for the difficult task first 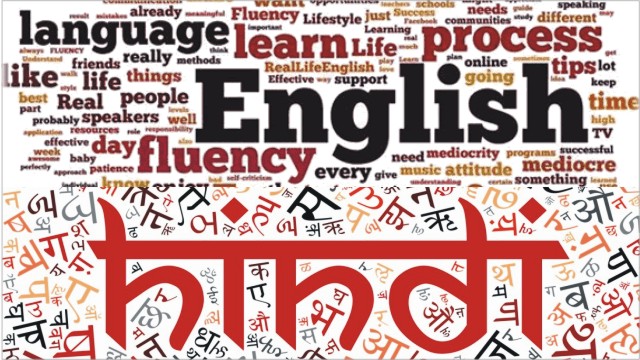 Thanks to English language, we have produced an elite that is culturally illiterate and devoid of creativity.

Every public debate in our country involving English language serves to illustrate an apartheid mindset. Otherwise reasonable persons make logic stand on its head. Presumptions replace experience. Anecdotes outweigh evidence. Advocates of radical changes in every walk of life turn out to be crass conservatives, scared of contamination. You realise what it means to be up against the ruling class and its ruling ideas.

The latest debate on “phasing out” English in higher education is a replay of this familiar pattern. Just the mention of this possibility sends our English-speaking elite – the real Khan Market Gang, Left as well as Right – in frenzy.

They are shocked that India might consider adopting global pedagogic commonsense of education in home language. They read wild conspiracies in the reiteration of the three-language formula, a standard prescription of all education policy documents in the country.

They make it a Hindi versus other Indian languages debate by raising the bogey of Hindi imposition. Just as the colonial masters perfected the art of divide and rule. They pooh-pooh the idea of higher education in Indian language. Just as men responded to the idea of female suffrage. They ask innocently: what’s wrong with the system that has worked so well? Just as a nostalgic White South African would have asked.

Let us be clear about the real question in this debate. We are not debating some deep hidden motives of the policy makers. We are debating a policy. We are not discussing the merits of overnight abolition of instruction in English. That would be counter-productive. We are talking about a gradual, step-by-step phasing out.

We are not debating the merits of the existing practice, or the quality of some of available higher education teaching material in Indian languages. Much of this is trash, including samples of some Hindi medical textbooks that have surfaced recently. It does not prove that high-quality books cannot be produced in Indian languages. We should be debating the merits of a policy proposal.

Most importantly, we are not debating learning of English language. Everyone who enters higher education would have passed some exams in English language without much command over the language. Learning English should certainly be encouraged.

We are debating English as a medium of instruction, as the mandatory language through which teaching and learning is transacted. So the debate is not whether students should access some material in English. Nor are we debating a ban on English medium instruction. In a diverse country like ours, we should be mindful of all types of minorities, including the English speakers. We are discussing the general norm, not the exception.

The real debate is whether English should be the only or the most preferred medium for classroom teaching and discussion, prescribed reading material and examination in higher education. The debate is more about technical education rather than higher education as a whole.

Barring a few islands of elite education, an overwhelming majority of higher education institutions do practise or at least allow Indian language as the medium. Many of University of Delhi students, for example, write their exams in Hindi. English as an exclusive medium of instruction is now limited to private universities, some central public universities and most professional and technical education. That is the heart of the current debate.

Here is the case for phasing out English as the normative medium of instruction in higher education. An overwhelming majority of students who enter higher education have had one of the Indian languages as their medium of instruction in the school. They have studied some English at school, but there is little English at home or in the neighbourhood. They are usually not fluent in speaking, reading and writing English. 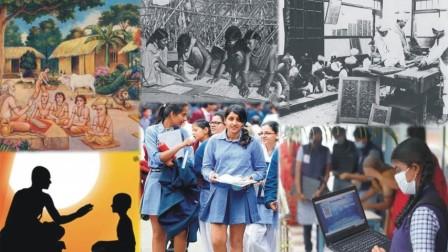 A transition to English medium in higher education is a pedagogic trauma. They spend as much energy on coping with English as in learning the subject matter. Ease in comprehending English is a prerequisite to making sense of the subject, proficiency in written English is a way to secure a good degree and quality of spoken English is a must for social self-respect. The result can only be called educide: millions of students fail or exit quality higher education due to the pedagogic barbarity called English medium education.

This disaster plays out unevenly for different social groups. The worst victims of this educide are those who come from disadvantaged background: economically poor, first-generation learners and those from caste and communities like dalits, adivasis and OBCs that have historically been denied education.

In India, hegemony of English language is the surest way to perpetuate caste and class inequalities. Finally, English is a medium of cultural alienation. Thanks to English, we have produced an elite that is culturally illiterate and devoid of creativity. Its misplaced sense of superiority cuts it off from its own people. At the same time, its sense of inferiority vis-à-vis the West makes it imitative and derivative.

To sum up: English dominance is a pedagogic, social and cultural disaster. It must be phased out intelligently, in ways that serve quality learning, creativity and social equality.

How to go about it?

This is not going to be easy. The only way of phasing out English is to prepare Indian languages for the difficult task of teaching and learning in higher education. This would require nothing short of a national mission: writing of high-quality textbooks, technical dictionaries, translation of reference material, augmenting e-libraries and training of teachers. The students too would have to be up-skilled; currently, most college students cannot write well in their own home language.

This would not mean banishing English altogether. Currently, English is not only the repository of a lot of advanced research, it is also an invaluable bridge to knowledge in all other languages. So, all the students should be given remedial courses in reading and comprehending English, rather than the current obsession with English speaking or the burden of English writing.

Higher education must be multi-lingual: classroom teaching and basic readings in Indian language, advanced reference material in English and option to use any language for examination. When I say Indian languages, I mean the standardised modern Indian languages (Kannada, Bengali, Marathi, Hindi etc) that have a large population and already have basic infrastructure, libraries, newspapers and often universities that sustain these.

While primary education should be provided in all smaller languages that are called “dialects” (Tulu, Kamtapuri, Konkani, Bhili, Bhojpuri etc) of these scheduled languages, it may take a long time to create higher education resources in these languages.

The biggest effort required for this switch is not in the educational domain but in the job market. The reason for the mad rush towards English medium education is not its cognitive virtue. Everyone wants English as it is seen to be a passport for social respect and well-paid jobs. There is nothing virtuous, natural or inevitable about either of these.

In all but a few cases, English medium preference in the job market has little to do with the intrinsic requirement of the job itself. In the few cases where proficiency is a must, supplementary training can be imparted. You don’t need to torture millions of students for a few thousand jobs every year. In the last instance, job markets respond to social and cultural signals coming from the powerful.

Unless the linguistic apartheid in the job market can be addressed, it would be cruel to deny English to the non-elite. That would reinforce the existing discrimination against them. As long as English is a passport to job, power and respect, everyone should have equal access to that. But even in that case, we need better quality English language education, not English medium instruction.

The question of English in today’s India is not a linguistic question. It is a political question: Who rules this country? And on what terms? Ashis Nandy reminded us that “loss and recovery of self” under colonialism continues to be our central cultural challenge. We cannot come to terms with English and put it in its place unless we understand that Queen’s English cannot be the principal carrier of India’s modernity.