Kohli proves himself to be ‘Virat’ off the field too! 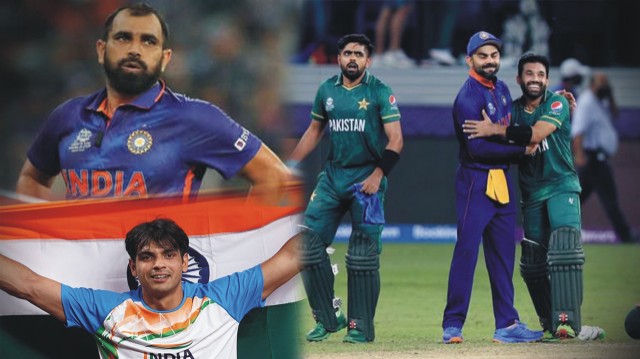 India has done badly at the T20 World Cup Match with two humiliating defeats by Pakistan and New Zealand and only a miracle can enable the Indian team to reach the semi finals. But victory and defeat in cricket is part of the game even if it involves the high pitch matches between the teams from India and Pakistan.

In speaking out aloud against the poison being injected by a section of communal minded people who had targeted his team mate Mohammad Shami after the defeat of the team against Pakistan, Virat Kohli has done India proud.

His courageous and forthright words are enormously significant particularly when many calculate the cost of standing up against the bullies and those who can go to any depth of immoral and unethical behaviour.

Indeed the reactions from the usual suspects have already come in which they have exposed their basic animal instincts and even drawing his family members, including his nine month old daughter, in their line of fire. 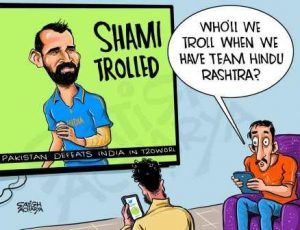 “Attacking someone over their religion is the most, I would say, pathetic thing that a human being can do,” Kohli said and added that social media trolls were nothing but a bunch of “spineless” people, who don’t have the courage to face real people in real life.

“There is a good reason why we are playing on the field and not some bunch of spineless people on social media that have no courage to actually speak to any individual in person,” he said.

No wonder a host of trolls have reacted even more menacingly and more violently. His bold statement can also possibly cost him his job as the Indian captain given that those at the helm of the selection committees may not have the courage to stand up.

None of the senior political leaders from the ruling party or coalition has so far for spoken up to support Kohli. Unfortunately this has been a pattern for all communal-related incidents happening with increasing frequency in the country.

There can be no doubt that one word from their leaders could stop all this hate campaign. These leaders can condemn all communal incidents happening across the globe but turn a blind eye to the similar incidents in the country. Perhaps that’s what suits them.

As far as Virat Kohli is concerned, he has proved that he is not just courageous on the field, he has the guts to stand up and take on the hate mongers. Several senior former cricketers have also come out in his favour and have condemned the trollers who had been picking on Mohammad Shami for the defeat against the Pakistan cricket team. 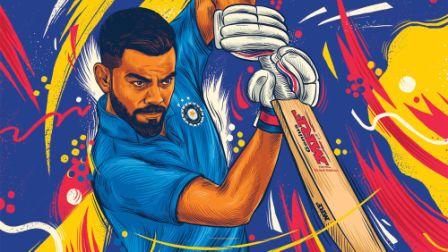 What Virat Kohli has done needs to be emulated by other opinion leaders including political leaders, Bollywood stars, sportspersons and others who command influence. This needs to be their contribution to society and healthy development of the country.

Recently another sports achiever and Olympic gold winner, Neeraj Chopra, had also pinned down a controversy over a Pakistan player taking away his javelin by saying that there was no motive behind his action and that it was a normal practise for Olympic participants to practise with each other’s javelin.

The government, which is very sensitive about any criticism of its actions, must act swiftly and decisively against the culprits who are acting worse than beasts and holding out threats against one of our best cricket players who has swelled our hearts with pride by winning so many matches for the country. Also a word from the powers that be would help silence the trolls.