SGPC should terminate the contract with SS Kohli and Associates 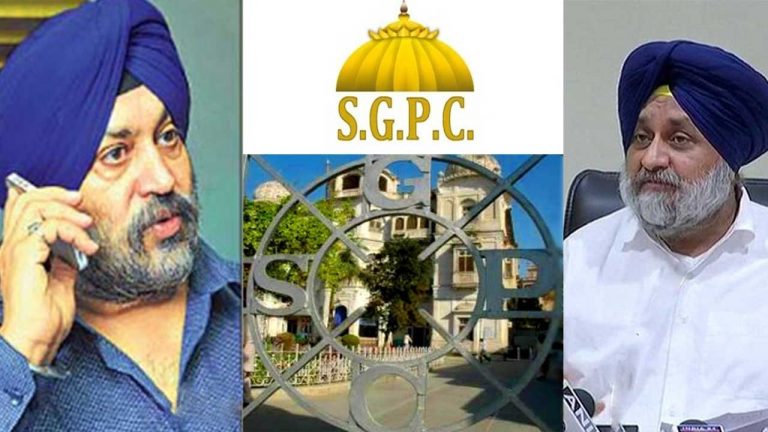 The CA firm of M/s S.S Kohli and Associates was hired by the SGPC

The entire Sikh community was waiting with bated breath the outcome of the probe that was being conducted under the direction of the Head Priest of Sri Akal Takhat Giani Harpeet Singh Ji, in the case of 267 missing ‘Saroops’of Sri Guru Granth Sahib, from the Publication Department of SGPC, Amritsar.

The probe panel report submitted to Sri Akal Takhat Sahib have made shocking revelations that it’s not only 267, but the records pertaining to 328 ‘Saroops’ of Sri Guru Granth Sahib was misappropriated and embezzled. The probe panel found shocking gaps and lapse in the record maintained by the officials of the SGPC.

It has also discovered the shameless negligence of the auditors in conducting the internal audit of the publication department of SGPC, responsible for the printing of the Birs of Sri Guru Granth sahib.

The Charted Accountancy firm of M/s SS Kohli and Associates was hired by the SGPC supposedly under the direction of Sukhbir Singh Badal, on ridiculously overpriced contract charges of Rs 3.5 Lakh per month on January 15, 2009 for the computerization of the SGPC’s audit record and also for conducting the internal audit of SGPC.

Sources also confirm that M/S SS Kohli and Associates are also simultaneously looking after the audit of the Hotels, Transport and other allied businesses, owned by the Badal family as their Charted Accountants.

Unfortunately the SGPC has paid more than 10 crore to M/s SS Kohli and Associates for the last ten years despite the fact that they were not even conducting the basic audit of the record of the SGPC, particularly of the Publication Department, since 2016, reasons best known to them or to Sukhbir Singh Badal .

The brazen act itself amounts to criminal negligence and M/s SS Kohli and Associates must be tried under the relevant provisions of the law and the huge amount paid to them for nothing, must be recovered straightaway.

It is pertinent to mention here that Kohli’s firm was once sacked in 2014 for alleged misuse of power by then SGPC President Jathedar Avtar Singh Makkar but was fatefully reinstated overnight, allegedly under pressure and stern reprimand from Sukhbir Singh Badal.

The Akal Takhat Sahib Head Priest Giani Harpreet Singh should also summon Sukhbir Singh Badal to seek explanation from him as to why he superimposed his crony CA SS Kohli on the SGPC, in order to promote his own vested business interests at the cost of ‘Guru ki Golak’ (Guru’s Bursary).

The Akal Takhat Sahib should direct Sukhbir Singh Badal to deposit the entire amount at Sri Durbar Sahib that was charged by M/S SS Kohli and Associates at his behest from Guru’s bursary without doing any beneficial service to the SGPC .
.
The executive committee of the SGPC is urgently meeting on August 27, 2020 to deliberate upon the recommendation of Sri Akal Takhat on the basis of the probe panel report, the executive committee besides taking stern action against the employees of the SGPC, held guilty for their act of omissions and commissions by the probe panel.

The executive must also out rightly terminate the contract of the SGPC with SS Kohli and Associates by imposing heavy penalty against them and sack them for their criminal negligence, felonious nonperformance and above all; the treacherous betrayal of the fundamental interests of the Principal religious body of the Sikh Community .