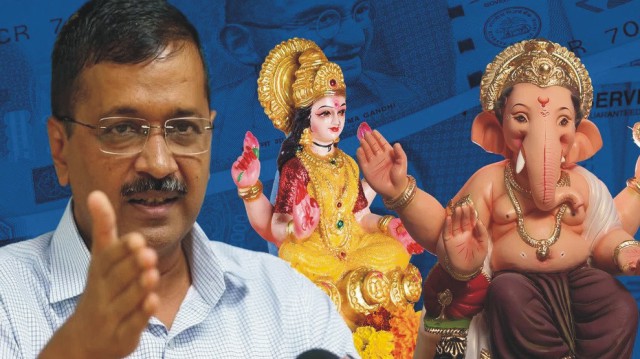 Arvind Kejriwal has shown a stupid flamboyance in demanding from the Government of India to print the images of Goddess Lakshmi and Lord Ganesh on India’s currency notes, in order to seek the blessings of the deities for greater prudence and fiscal fortunes for the country.

Such a bizarre and offensive proposal by Kejriwal, undoubtedly manifests his miserably debased and nauseous mind, which perhaps requires immediate psychiatric counseling. 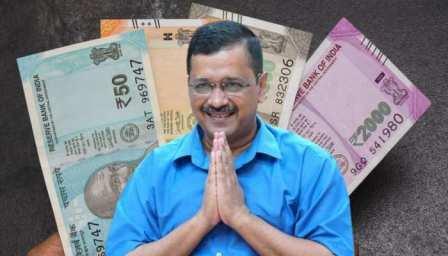 The Delhi Chief Minister, Arvind Kejriwal has committed constitutional misdemeanor by making Public his mind, that is apparently sectarian by its hypothesis and abundantly communal by its perilous implications.

His pointless argumentation sounds dogmatically contemptuous against the fundamental principles of the Indian Constitution.

Arvind Kejriwal despite holding constitutional office has committed profanity and savagery against the cherished ethos of the Indian constitution.

His bigotry to impose Hindu chauvinism by proxy in a secular country like India; amounts to an unpardonable contempt against the ethos of secular plurality of India and also the basic tenets of Indian constitution. 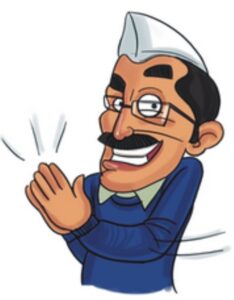 Kejriwal Must be arrested forthwith and be tried for committing sacrilege against the secular spirit of the Indian constitution.

If Arvind Kejriwal is really serious and committed to his laughable plan and if he really means it, then he should come forward and lead the Nation to make good fortunes with the blessings of the deities, then he should first get the Tattoos of Goddess Lakshmi and Lord Ganesh , engraved on both of his cheeks or on his forehead.

He should also ask his MPs and MLAs and exhort all members of his Aam Aadmi Party to follow the suit else he should stop making nonsensical, hallucinations in to oblivion and nothingness.