When Justice Delivery System In India Is Sick, Who Will Care For Poor And Deprived? 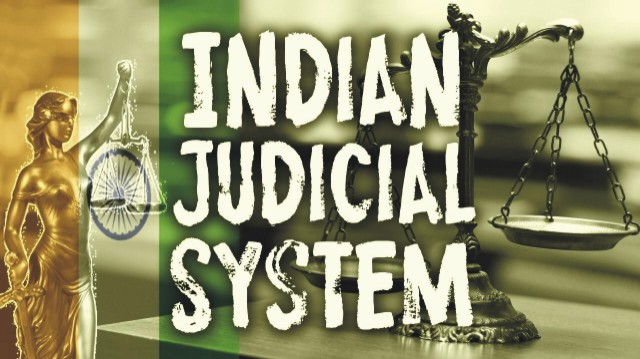 For the sick justice delivery system of our country, it is necessary to pay more attention to improving the system with tangible results.

While we pride ourselves as the world’s largest democracy and for the fundamental rights enshrined in the constitution, it is still a long battle for the poor and the deprived to get justice. For them getting timely justice is still a far cry. 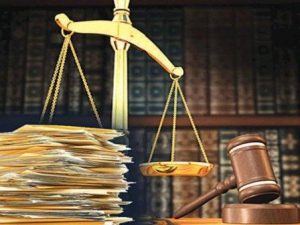 While it is well known that over four crore cases are pending in the courts, with pendency sharply increasing due to curtailed functioning of courts during COVID pandemic, what is really alarming is that over three fourth of prisoners in jails are under-trials.

They have only been accused of crimes but have not been convicted by the courts. Many of them are accused of minor crimes like theft and snatching.

Thus 75 per cent of those languishing in jails are either not in a position to deposit bail amount and arrange sureties, or they can’t afford lawyers to stand for them or are denied bail for some specific reasons by the courts. 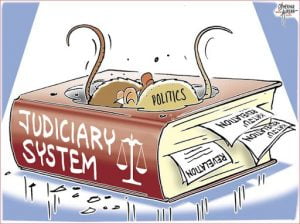 One thing, however, stands out: Almost all of them are from poor and illiterate background. As per the latest National Crime Records Bureau (NCRB) data, 68 per cent of all under-trials were either illiterates or school dropouts.

Another significant finding was that about 73 per cent of the under-trials filling up overflowing jails were Dalits, tribals and members of Other Backward Classes while 20 per cent were Muslims. Delhi, Jammu and Kashmir, Bihar, Punjab and Odisha were the top five states with highest under of under-trials. 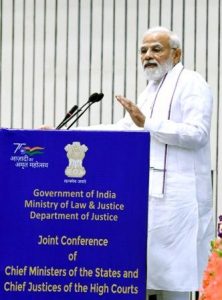 The plight of such persons and several other aspects of our poor judicial delivery system was discussed at a conference of Chief Ministers presided over by Prime Minister Narendra Modi and Chief Justice of India N V Ramana last week.

The Prime Minister, pointing out that most of them were from “poor or from ordinary families”, appealed to the states to release them on bail wherever possible. He had also underlined the need for repealing outdated laws. He said over 1800 laws were identified as obsolete and while the centre had repealed 1450 such laws, the states had repealed only 75 such laws.

It is another point that he said nothing on centre repealing or modifying such draconian and outdated laws like the British era low for Sedition or the criminal defamation laws or harsh and arbitrarily law by the Unlawful Activities (Prevention) Act, also called UAPA, under which governments can detain anybody without court orders and keep political opponents in jails for months together.

Shifting the blame on states for the plight of the under-trials is certainly not the solution. It is significant that while the pendency of cases is sharply increasing, so is the number of vacancies for judicial officers.

As pointed out by Justice Ramana, the sanctioned strength of judicial officers in 2016 was 20,811 as against 24,112 now- an increase of 16 per cent in six years. The corresponding rise in pendency in district courts during this period has gone up from 2.65 crore to 4.11 crore which is an increase of 54.64 per cent.

Similarly out of a total sanctioned strength of 1104 posts of high court judges, there are 388 vacancies.
Ironically all the agencies involved – state governments, high courts, central government and Supreme Court, share responsibility for the lengthening vacancies. 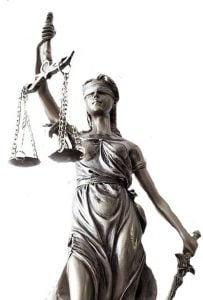 It had taken six years to hold the meeting of chief ministers and senior judicial officers presided over by the Prime Minister and the Chief Justice of India. For the sick justice delivery system of our country, particularly for the poor and marginalised sections of society, it is necessary to pay more attention to improving the system with tangible results.

PrevPreviousControversy: Used Different Name While Taking Oath to the One Mentioned in Poll Affidavit and Election Notifications
NextSedition Ruling: At last, SC offers a ray of hope against misuse of the lawNext
Author Related Post
Related Post