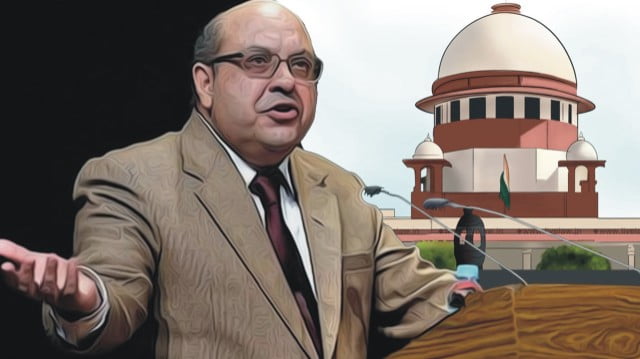 The whole country will miss an outstanding judge when Justice Nariman retires.

Justice Rohinton Nariman, Judge of the Indian Supreme Court, and son of the eminent lawyer Fali Nariman, has been in my opinion one of the best judges in the Supreme Court. It is a pity he is retiring today, 12th August, 2021, at the age of 65.

I found him to be a very learned and able lawyer. He had profound knowledge, not only of Indian laws and decisions, but also laws and decisions of America, Britain, and other countries. His integrity was unimpeachable.

However, the CJI told me that the Government was not willing to appoint anyone below 55 years of age, and Rohinton was then only 50. He was ultimately appointed only in 2014.

Had my recommendation been accepted and Rohinton elevated in 2006, he would have had a tenure of almost 15 years as a Supreme Court Judge, instead of half that period, and would not have allowed the reputation of the judiciary to go down.

Justice Nariman gave many landmark judgments e.g. Shreya Singhal vs Union of India (which struck down section 66A Information Technology Act, and upheld online freedom of speech), Shayara Bano vs Union of India (the verdict invalidating triple talaq), etc. Just before retiring he gave a judgment in which he expressed his anguish at the criminalisation of politics in India.

Justice Nariman maintained the highest standards of integrity and judicial independence throughout his career as a Judge.

He was in the Supreme Court Collegium, the body which recommends appointment of Supreme Court Judges, and I was informed that he opposed any recommendation unless it also includes the name of Justice Akil Kureshi, presently CJ of Tripura High Court, who had, when a Judge of Gujarat High Court, sent Amit Shah to jail, and was for this reason victimised by sending him to a small High Court.

The whole country will miss an outstanding judge when Justice Nariman retires.