Jamia Millia Islamia leads by example, others need to catch up 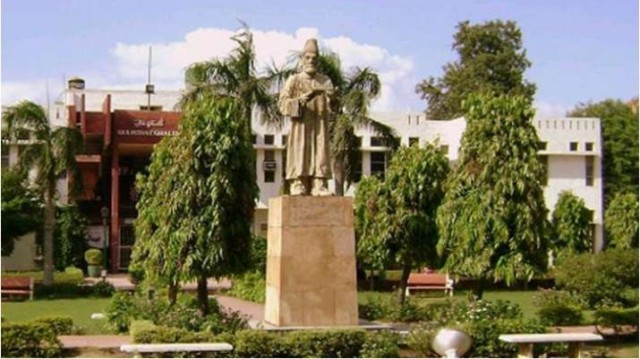 Minorities’ institutions need to get their act together in the sense that they put their heads down and take a leaf out of Jamia.

Decades down the line, after every civil services exam result, we Muslims have only focused on the number of selected candidates and percentage increase or decrease while comparing the current results with earlier ones. This year also, we can see people making comparisons by saying that the number of selected candidates is very low as compared with the results of the last ten years.

On the age old debate on percentage increase or decrease of Muslims in civil services, former Vice President of India, Hamid Ansari said, “If Muslims apply in huge numbers for civil service exams, more Muslims will qualify and their percentage will rise; this should be the focus of our community and students should be motivated in this regard.”

“These days, questions are frequently raised about the percentage of Muslims who qualified for the UPSC, but we are least bothered about how many of them actually appeared for the Civil Services Exam and how many of them were successful,” said the former Vice President of India.

Najeeb Jung, Ex-Lieutenant Governor of Delhi and Vice-Chancellor of the Jamia Millia Islamia on the performance of Jamia said, “Jamia’s performance in the IAS training academy has improved since we established it in 2010. Having said that, I think this year’s performance is not as good as I would have wanted it to be. There could be many reasons for that, like students were not there because of COVID, people were at home and they could not prepare. I can’t say for sure because I am not there involved with the academy in Jamia at the moment. But I think the academy has functioned very well and in a very dedicated manner.

He added, “When we started the academy in Jamia, I included a young person called Tarique, Deputy Director of RCA, Jamia Millia Islamia, and he has done wonders. So rather than thanking me, the university should be thanking Tarique. As a Vice Chancellor, I set it up, helped in the construction of the building, and provided funds. But he has done the hard work on the ground over the years, and that needs to be saluted. The Academy is doing very well, and it has the potential to do much better.”

“Not many universities have these facilities of having an academy in one central place. The academy is singularly secular. It is not that Jamia is a minority institution and therefore its academy is only for Muslims. This academy in Jamia is contributing to the IAS selection in a huge way, and it is not a money-making place. It is a very well-grounded academy and the coaching here is almost free with all kinds of facilities,” said the former Jamia Vice Chancellor.

On how other minority institutions can perform better in civil services exams, the former Lieutenant Governor said, “I have no idea about how they function. All I can say is that any university that is interested in setting up a coaching academy not just for the IAS but for all competitive exams like IIT, IIM, and everything else should work as per the required trend necessary for competitive exams. If I had been in Jamia today, I would have diversified it into other coaching also.”

He added, “These days, the competitive exam system has become so complex that one has to be coached to write these exams. When I was writing these exams some 50 years ago, there was no need for coaching. We could study at home and do well. I qualified on my first attempt, and I was not coached by anyone. But now it has become very complex and coaching is very essential. Minorities’ institutions need to get their act together in the sense that they put their heads down and take a leaf out of Jamia. They should visit all the existing coaching facilities and learn the good things from wherever they can. The student today, whether he is a Muslim, a Christian, a Hindu or whoever, is very keen on taking these exams. Students work for two, three, four, and five years to write these exams. I think their desire and a little help from outside will make a big difference if it is done in a scientific manner.”

On the very nature of these competitions and the strategy of students, Najeeb Jung said, “This is an open competition where everyone, whether Hindus or Muslims, is treated equally. Whoever works hard will qualify. The UPSC is a very fair organisation and there is no partisan approach, communalism, or casteism in the UPSC. The boys and girls from the Muslim and Christian communities should work harder because they are competing with the best of the others and that is the only message I can give. I usually tell students that the way to break these exams is from the second year, when a student joins BA or BSC and should start preparing for this. Sit down, work hard from the day you enter the second year of university; that is the way to crack exams as soon as possible.” 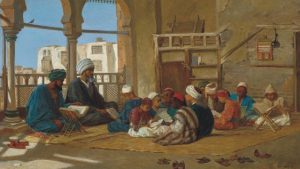 On the role of the Muslim community and enthusiasm within students for competitive exams, he said, “The Muslim community is very conscious today that it has not been doing as well as it can. The reason can be found in the socio-economic status of Muslims in India today. These things have a direct correlation. Students need to be financially better off to get better opportunities. Muslims have a socio-economic handicap. This can be bridged only through extra hard work. The Muslim community has suffered from those disadvantages. But there is no lack of ambition. I have seen it in my students in Jamia, and they have a spark in them to do well. If you go to the schools of Architecture, Dentistry, Physics, History, and the Institute of Mass Communication, you will see that there are extremely bright and ambitious students and they do not suffer from complexes. We want all students in all universities to work with a desire to contribute to the creation of a distinct India and to nation building.”

On the low number of selections of Muslim candidates from minority institutions, D. P. Agarwal, ex-Chairman of the Union Public Service Commission (UPSC), said, “UPSC is a premier constitutional organisation and it does not differentiate. Only quality students get selected, and they can be from any caste, religion, or creed, and there is no discrimination. This year there was a pandemic and no coaching facilities were available, so it could be one of the reasons that many students may not have applied. It should be made clear to all that they have an equal chance and they need to apply whether they are from minority institutions or other institutions.”

He added, “Those who are graduates should be encouraged to apply for these services. Neither universities nor any organisation tries to build a tempo among them. Coaching is provided by minority institutions like Jamia Millia Islamia, AMU, and Hamdard University, but the pandemic had some kind of effect. There is a need to create some kind of research group because the Sachar Committee report is now too old to rely on. There has to be some fresh study in this regard. These days, there is a great rush for private jobs. Muslims also go to the Middle East. So, people find that instead of working too hard for civil services, it is good to find some easy option. These are some possible reasons.”

On the way forward, the ex-chairman of UPSC said, “There is a need to create groups of those at the helm of affairs in minorities’ institutions where I can chair that group and try to understand the whole phenomenon.From our side, we can give suggestions to various universities so that they can work upon for better performance and can motivate students for civil service exams from various streams.”

On what should be done to ensure better performance of AMU in Civil Services Exams, Professor Faizan Mustafa, Vice Chancellor of NALSAR Law University, who has earlier served as Registrar of AMU and was also associated with the Coaching of Civil Services in AMU, said, “The BTech students must be encouraged to develop an interest in civil services. The UG students of the arts and social sciences must be made to work hard and read a lot of general books, biographies, and autobiographies. In order to improve the performance of AMU in Civil Services exams, at least 500 students should write civil services from AMU.”

On the poor success rate of civil services in AMU, Professor Saghir Ansari, Professor of Economics, Dept. of Agricultural Economics & Business Management, who is also Director of Residential Coaching Academy in AMU, said, “Lack of awareness and motivation, preference of soft options by very bright students like Medicine, Engineering, and other professional courses, preferring lucrative employment opportunities for supporting family economically and averting risk of failure in Civil Service Exams are some of the reasons for poor performance.”

He added, “There is lack of planning and a low level of participation rate. AMU female students have great potential that needs to be tapped properly by encouraging them to apply for the Civil Services Exams. Focus will have to be placed from high school level onwards to create awareness and make proper systematic presentations. There is also a lack of proper strategy, systematic and sustained efforts, and misconceptions also.”