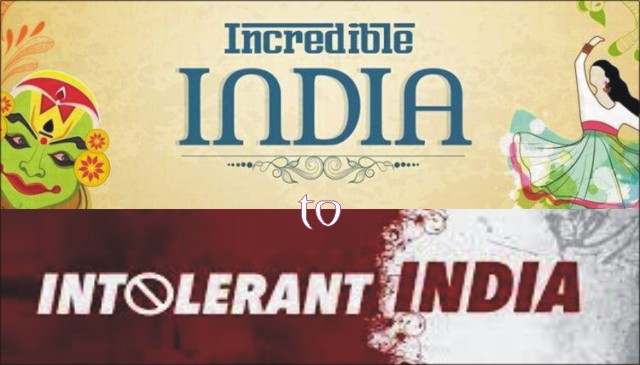 We are becoming more intolerant as a society.

The tendency of increased intolerance to criticism by governments appears to be seeping down even to the common man and individuals. We are becoming more intolerant as a society towards those who hold the contrary view or even those who practice a different faith.

The recent viral video on the social media showing a young man constantly slapping an elderly man is the latest instance of our society getting increasingly sick. The elderly man, who was asked to admit that his name was Mohammad, eventually died after the beating. The man who was seen beating was the husband of a councillor. It later came out that the deceased was a Hindu and was actually suffering from mental illness. He was not able to comprehend what his aggressor was demanding to know.

What is equally distressing is that someone was shooting the video instead of stopping the devil from overpowering an elderly, mentally unstable person. The crime would not be any less if the deceased was a Muslim. One also wonders what would have been the outrage if the attacker was a Muslim and the victim of another faith ?

The citizens must follow the case and check whether this devil walks free out of the prison or the prosecution and legal system succeed him in providing a life time in jail.

This is only one of the instances. There were also photographs of a Dalit being beaten by a group of goons and another sitting chained. Another mentally challenged man was lynched outside a Gurdwara in Kapurthala. There have been several other instances of public lynchings evidently without the fear of the law. There are also sharply increasing cases of road rages.

In the recent past there has been a constant campaign by “vigilante groups” to launch massive abusive campaigns against anyone who they presume to be “anti-national”. Even celebrated authors and other personalities critical of the tendency become easy targets of self appointed guardians of democracy. 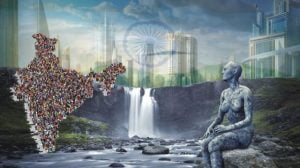 Unfortunately they do not find any difference between nationalism and patriotism. For them any criticism of the establishment or the policies become a threat to the unity and integrity of the country. Any one who questions their thought process qualifies to be an anti-national.

While the leaders prefer to look the other way when goons, and those who claim to be their supporters, launch virulent attacks against “anti-national elements”, the spread of social media platform gives them a wider reach like never before.

Any adverse comment against the establishment leads to abusive and virulent attacks. The writers are not only branded “bikau” (sold out), they are showered with choicest abuses. At times even non controversial remarks by the identified writers are distorted to abuse them.

It is high time the leaders step in to check such dictatorial tendencies and rein in those who are crossing all limits of decency and socially acceptable behaviour. Even maintaining silence over the attitude or actions of their supporters is an endorsement for what they are up to. What is needed is clear condemnation of such incidents by the top leadership of the country.