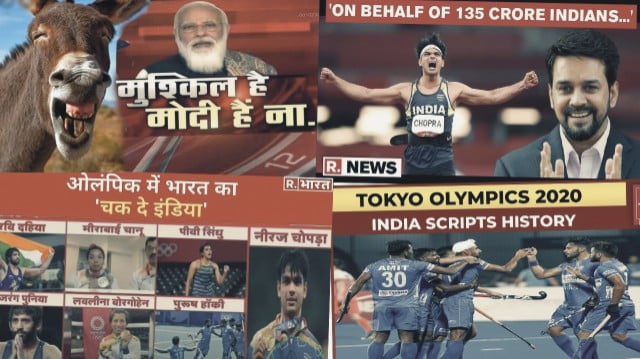 The hype Indian media, politicians, and others whipped up over India’s bagging one gold medal and a few silver and bronze medals in the 2021 Olympics is laughable and ludicrous.

Many years ago I had said 90% Indians are fools, a statement which was criticised by many. But the ridiculous praise by most Indians of India’s performance in the recent Tokyo Olympics proves my point. In fact I am considering upgrading the figure to 95%. 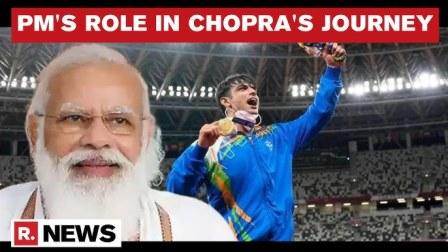 Does India need to measure its national self worth in Olympic medals? India with a population of over 1350 million people and with a contingent of 120 athletes in the 2021 Tokyo Olympics, has secured just 29 medals in the last 120 years of Olympic history.

The hype Indian media, politicians, and others whipped up over India’s bagging one gold medal and a few silver and bronze medals in the 2021 Olympics is laughable and ludicrous.

Indian participants in the Tokyo Olympics received a tumultuous rousing welcome with folks chanting nationalistic slogans at the airport and all they way to the participants’ home states, as if India had won a war.

Indian politicians, our media and others were ecstatic in chanting our ‘glorious’ achievement, falling head over heels vying with one another.

People celebrated across India and parties were even being thrown by the non resident Indians (NRIs) in different parts of the world. The hype has been so much that politicians in the opposition did not want to miss out on scoring political points and posted pictures of the medalists on their social media.

One hardly gets to hear of the US gold medalists except in the local news in USA. I remember seeing Michael Phelps on CNN who bagged 23 gold medals in the Olympics – a real accomplishment.

USA with 1/4th of the population of India has secured hundreds of medals in Olympics, but one hardly gets to hear of the medalists in the main stream American media. There are only parties thrown by their close family & friends.

In the recently concluded Tokyo Olympics, India won just 1 gold medal, while USA won 39, China ( with about the same population of 1350 million people as India ) won 38, and Japan won 27.

I never heard of celebrations in USA, China or Japan of the kind we had in India, with people shouting from the rooftops about our ‘great’ achievement.

Australia with only 25.8 million people won 17 gold medals in the Tokyo Olympics.

So what are we gloating about? Isn’t it an occasion of shame, rather than celebration?

To my mind this is celebration is just to divert our attention from our failure as a nation on every front.

India has massive poverty, a slumping economy, record and rising unemployment, skyrocketing prices of foodstuffs, fuel, etc (with petrol selling at over Rs 100 per litre and LPG gas cylinders at over Rs 830), appalling level of child malnutrition (every second child in India is malnourished and many stunted, according to Global Hunger Index), 50% of our women are anaemic.

There is widespread farmers distress due to which almost 400,000 farmers have committed suicide in the last 25 years due to indebtedness, and the farmers agitation for adequate remunerative prices is ongoing, there is huge corruption, almost total lack of proper healthcare and good education for the masses, etc.

So this celebration, festivity, hoopla, hullabaloo and merrymaking in India is just a diversionary shenanigan, horseplay, and buffoonery, which makes us a laughing stock and chumps in the eyes of the whole world. It confirms my opinion that Indians are a nation of over a billion fools.