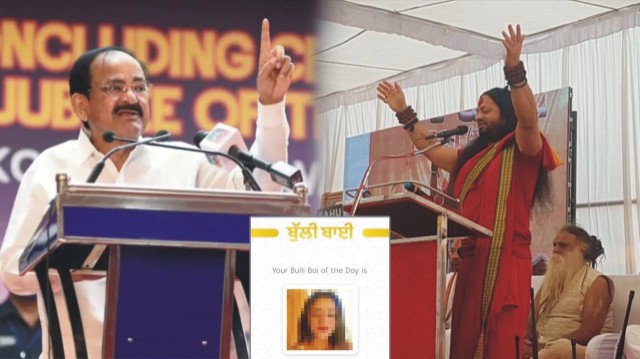 Vice President Naidu’s criticism of hate speeches has broken a loud silence from our top leadership.

With a progressive and disturbing increase in the incidences of hate speeches, it was high time that a senior central leader raised a sane voice and disapprove the provocative speeches being given by a section of so-called religious leaders.

Vice President M Venkaiah Naidu broke the silence on Monday and expressed his strong disapproval of attempts to ridicule other religions and create dissensions in the society. He rightly said that every person has the right to practise and preach his or her faith in the country.

“Practise your religion but don’t abuse and indulge in hate speech and writings,” the Vice President said at an event organised to mark the 150th death anniversary of Saint Kuriakose Elias Chavara, a spiritual leader and social reformer from the Kerala Catholic community.

Observing that hate speeches and writings are against culture, heritage, traditions, constitutional rights and ethos, Mr Naidu said secularism is in the blood of every Indian and the country is respected world-over for its culture and heritage.

Mr Naidu indeed hit the nail on its head. State governments, particularly those rules by the Bharatiya Janata Party, have been looking the other way even as poisonous speeches are delivered by the fringe elements. Not to talk of initiating legal action against such “gurus”, the leaders have not even been condemning such provocative speeches.

Recently, a Dharma Sansad was held in Haridwar where hate speeches were allegedly delivered by some participants against Muslims. Similarly some Muslim leaders, including Owaisi, have been giving provocative speeches.

It is the job of the governments to book all such elements who are bent upon vitiating the peaceful atmosphere. In case stern action is not taken against such elements, the country can expect a serious communal situation developing in the country.

Since enforcement of law and order and preventive action against likely disturbance of peace has to be taken by the state governments, it is imperative that they are not selective in taking action. 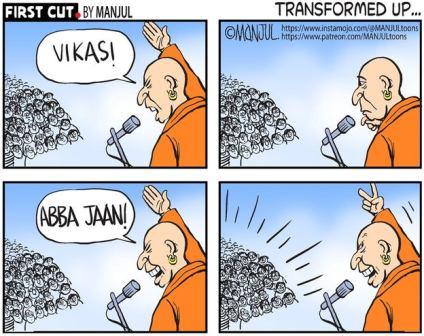 Some of these governments, particularly that of Yogi Adityanath in Uttar Pradesh, had been over sensitive when it comes to any criticism of the government.

It had been involving UAPA and sedition laws against those criticising the government but has been shying away from taking action against those spreading communal hatred.

However that does not absolve the central leaders who need to speak out against attempts to create command discord in the country. Their silence could be seen by some as endorsement of their actions.

The provocative and communal utterances by some are having deep impact on the vulnerable including youngsters.

The recent cases relating to “Sulli deals” and “Bulli bai” bring out these dangerous tendencies. The perpetrators indulged in dehumanisation, objectification and humiliation of Muslim women. These were the worst manifestation of bigotry and misogyny.

It has now turned out they a 21 year old boy and a 19 year old girl were behind the horrendous act. It goes to show how impressionable minds can get vitiated by hate speeches and provocative statements.

It is also significant to note that while Delhi police sat over the complaints for over six months, the Mumbai police took little time in tracking down the culprits. It shows that the police can do it work efficiently if it has the will and the political support.

Recently several prominent personalities including five retired chiefs of armed forces, 75 prominent lawyers and several other organisations have condemned such hate speeches. However Vice President Naidu’s criticism of hate speeches has broken a loud silence from our top leadership. Others holding office and in leadership positions must also speak up and send the right message to the misguided persons spewing venom in the society.