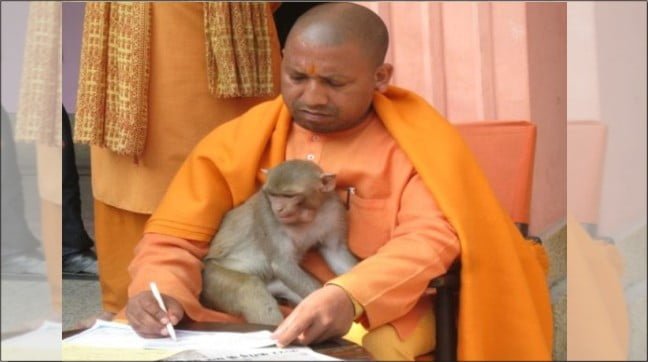 The Editors Guild of India has written to chief minister Yogi Adityanath to address vital issues with respect to protecting press freedom and the rights and safety of working journalists, in the state of Uttar Pradesh. The letter comes amid a time when the arrest of Republic TV editor Arnab Goswami has led to a political confrontation between opposition parties in Mumbai, with some BJP leaders voicing their protest against the arrest.

The letter addressed to Adityanath stated, “While you were right to promptly uphold the freedom of the press when an editor of a TV channel was arrested in Mumbai, there are far more compelling cases of intimidation, harassment by authorities of working journalists in UP, who were prevented from doing their job. Many of them have been unjustifiably arrested on spurious charges.”

The Editors Guild has urged the chief minister to free the jailed journalists, withdraw cases that are under review, as well as to ensure the safety of all working journalists in Uttar Pradesh.

Kappan is a Delhi-based journalist with the Malayalam news portal Azhimukham. He was arrested on October 5, on his way to Hathras to report the gang-rape of a Dalit woman and booked various charges, including the draconian Unlawful Activities (Prevention) Act. He remains in jail.

Scroll‘s executive editor Supriya Sharma was named in an FIR on June 18 for reporting a series of stories on the poor state of affairs in Varanasi, Prime Minister Narendra Modi’s parliamentary constituency. A case was filed under the SC/ST Act and section 501 of IPC (printing or engraving matter known to be defamatory), and 269 (negligent act likely to spread infection of disease dangerous to life).

Ashish Tomar, Shakil Ahmed, Lakhan Singh, Aamir Khan and Moin Ahmad, all of whom are journalists based in Bijnor, were charged under section 153A of IPC (promoting enmity between different groups), 503 (criminal intimidation) and other sections on September 7. The FIR had charged Tomar and Ahmed of spreading fake news that a Valmiki family put their house on sale after they were not allowed to collect water from the village hand pump.

Ravindra Saxena, a reporter of Today-24, was booked under the SC/ST Act and the Disaster Management Act for reporting about the mismanagement of a quarantine centre of Maholi tehsil of Sitapur. After several protests by journalists, Saxena’s arrest was stalled but the FIR has not been withdrawn.

Vijay Vineet and Manish Mishra were sent show-cause notices by the Varanasi district magistrate over their report which appeared on March 26 claiming that residents of the Musahar community were consuming grass to survive.

Asad Rizvi, a Lucknow-based freelance journalist, was assaulted by the police on October 2 while he was reporting on protests in the city in the aftermath of the Hathras gangrape incident. According to a complaint letter written by Rizvi to police and state authorities, he was beaten up by seven-eight policemen even though he told them that he was a journalist and was simply covering the protest. The police had also tried to break his mobile phone and confiscated his memory card.

The Guild’s letter added, “As the chief minister of India’s largest state, you are well aware of the important precedence that the state sets with respect to safeguarding all constitutional rights. This is especially crucial with respect to preserving the space for free media, more so at a time when the world has been in the throes of a pandemic. Media has played an important role in raising awareness about the pandemic.”

Also Read: Is Arnab Getting The Taste Of The Journalism He Has Created?

The Guild is keen to send a delegation of national editors to Lucknow to meet Adityanath, the letter said, adding that it is ready to work with the UP administration to explore ways that can create a “protective environment for the media to work without fear or favour”.

PrevPreviousBihar election result: ‘It Is God’s Will’
NextFarmers’ Protests in Punjab — Through the Historical Lens of Social Movements (Part 2)Next
Author Related Post
Related Post