When a Government is Rattled by Twitter posts, Toolkits and Unsaid Jokes 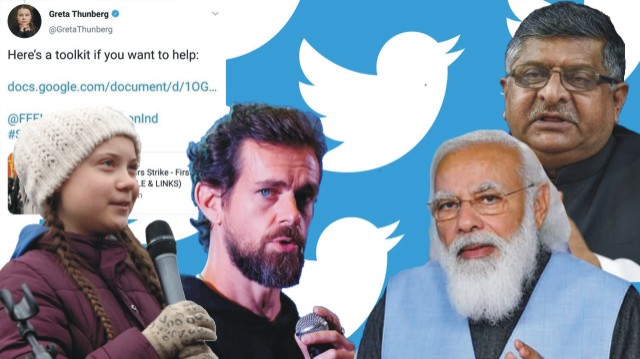 While such actions have rattled the government, it has maintained a stoic silence over the more pressing issues.

It is difficult to believe that a government with such a brute majority, and with a Prime Minister who has so assiduously built up an image of a strong head of government, would blatantly display signs of insecurity and immaturity. Were these not involving national pride and self respect, some recent actions of the government could be simply dismissed as ridiculous.

The latest of course is the arrest of a 21 year old for “conspiring against the country” and posing a national security risk. The climate activist Disha Ravi was picked up and arrested for creating a “tool box” related to the protest against the three farm bills. She was charged with sedition, promoting enmity and criminal conspiracy among other offences.

Even a lower court found the Delhi police claims so convincing that it ordered a police custody of five days for her to be interrogated for conspiring to destabilise India.

Unfortunately, like in the case of Disha, the security arms of the state and even the judiciary, have gone all out to stamp out any opposition or questioning of the government. Besides these, the government openly misuses its other brigades like the Enforcement Directorate, Income Tax Department and the Central Bureau of Investigation.

Competing closely with the paranoia over the might and power of Disha was the arrest of a comedian Munawar Iqbal Faruqui for something he had not even uttered !

The charge was that there was apprehension that he might have insulted Hindu Gods and Goddesses !

For this “offence” he was kept in jail for over a month without framing of charges or a trial, with a subordinate court saying such people should not be spared.

Even when the top court intervened and ordered his release, the local authorities kept delaying the release till a Supreme Court judge had to call a local magistrate to ensure that the comedian was released.

Similar immature reaction was evident to the over reaction in dealing with a tweet by pop star Rihanna.

Apart from the fact that she has much higher following in the social media than our prime minister, there was nothing that the government should have worried about. All that she wrote was that why no one was discussing farmers’ agitation?

This led to such a storm as if someone had nuked the country. Not only a while battalion of senior ministers came out of their shells to denounce the tweet but the government enlisted the support of Bollywood and cricket stars to take on the pop star.

The wholly unnecessary and ridiculous reaction to a set of tweets has certainly not enhanced the image of the largest democracy in the country. Instead it has made the country a butt of jokes and exposed the so-called strong image of the government.

Ironically while such actions have rattled the government, it has maintained a stoic silence over the more pressing issues in the country. Even the farmers protest, which has been going on since the last three months, has not got the response it deserves from the government. In fact the government appears confused and appears to be groping in the dark for resolving the crisis.

While the farmers were greeted with road blockades, lathi charges and tear gas shells when they tried to enter the national capital, the Prime Minister now says that their struggle is ‘sacred’. He goes and meets farmers from Gujarat and Madhya Pradesh but fails to find time to speak to those from the north.

He goes to gurdwaras to find solace but utters not a word about the sufferings of lakhs of farmers braving the harsh winter cold in the open.

PM’s minions describe the agitation sponsored by Khalistan supporters thereby adding insult to injury. It sets an unexplained deadline of a year and a half to stay operation of the laws but is unwilling to hold it till an amicable settlement is reached.

It may perhaps take an entire book to write all such instances where the government priorities are misplaced or where it has misused its agencies to silence voices, including those of journalists charged with sedition. It’s high time it sets governance as a priority and doesn’t get rattled by tweets and possible ridicule by comedians.