Institute Of Governance Vs Constitutional Courts: Democracy At Its Peril 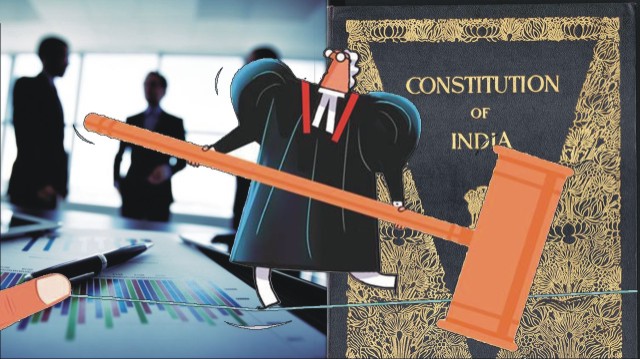 Government officials cannot live in comfort when the people are in misery.

Chapter IV defines the Union Judicial, and Chapter V describes the High Courts in the States. Article 50 of the Constitution describes ‘separation of judiciary from the Executive.’ The same reads thus:-

“The States shall take steps to separate the judiciary from the Executive in the Public Services of the State.” 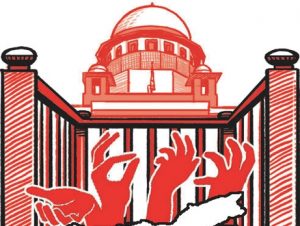 The Supreme Court’s creation under the Constitution scheme was to protect the fundamental rights of the citizen incorporated in part-III and similarly under chapter V “The High Court in the States” were so empowered.

The Constitutional scheme enacted by the founding fathers after the marathon intellectual discussions, debates, etc., left no room for doubt relating to the separation of judiciary from the Executive; ref: Article 50 of India’s Constitution.

This paradigm shift in the discharge of Constitutional roles between two Constitutional institutes is not suitable for a healthy and robust democracy. Democracy is known globally as the Government being run by its inhabitants. The Constitutional Courts’ role is to interpret the law, apply the law, remove any legislature’s cavities, fill the legislation gaps, and even lay down the law regarding the dispute under adjudication before it. But the Constitutional Courts under no circumstance by way of interpretation enact the law. However, Article 141 binds all the Courts within the territory in India. Similarly, Article 215 binds all the states’ courts towards the law propounded by the High Courts.

It is very distressing and disturbing to see that the Constitutional Courts are playing a pro-active role. The institute of governance has taken a back seat, courtesy of the failure of elected representatives. 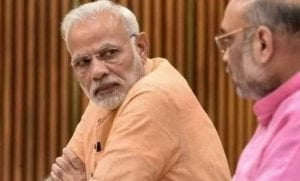 The ruling dispensation does not want to conflict with the electorates; therefore, it opts for the easy course to fire from the Constitutional Court’s shoulder.

The most recent pronouncement of the judgment of the Kerala High Court directing the Constitutional institute; namely, the election commission to hold the election of three Rajya Sabha seats in the manner suggested by the Court, speaks in volume about the mingling of two different Constitutional institutes on differently demarcated subjects/ issues. The observation of the Court reads thus:-

“On an overall reading of the provisions contained in Rule 14, 30, 39 etc of the RP Act read with the provisions contained in Article 80(4) of the Constitution of India it can only be concluded that the intention is not to keep the seats unfilled but to complete the process of election before the retirement of the members, so as to have the full strength of members in the Upper House to represent the State. A different view is warranted only when there is any law and order situation or any practical impossibility.”

The Courts’ interference is frequently called judicial activism, usurpation of power, etc-etc. The trenchant truth is that the ruling dispensation’s abysmal failure comprising various politicians has given room to such situations.

Also Read: If this doesn’t make you angry then…

If the Courts do not interfere, they are visited with the intolerable criticism and are also seen with various rebukes. So the Constitutional Courts willy-nilly are governing the most significant democratic country of the world. It is devastating damage to the shrine of Democracy.

The Constitutional Courts, also by way of self-imposed restrictions, restrain themselves from meddling too much with the elected Government’s functioning.

Also Read: People bent on committing hara-kiri with leaders egging them on!