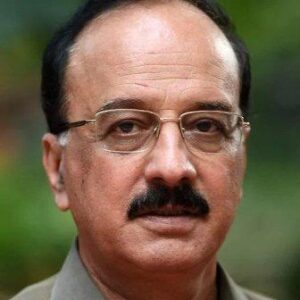 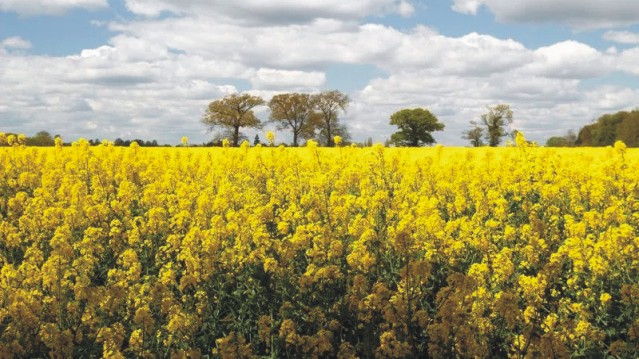 How a low-yielding GM mustard variety can increase mustard production?

With sales of genetically modified (GM) seeds of crops like corn, cotton, soybean and sugarbeet now turning out to be much higher than the combined sales of all other seeds, the global seed industry – with just two companies cornering half of all the sale of seeds — finds expanding for the market for GM seeds to be more lucrative. No wonder, India is now being pressurised to open up for unwanted seeds of GM Mustard crop, which actually is not even high-yielding.

It is easy and comforting for people in the scientific echelons to celebrate the environmental clearance for GM Mustard – first GM food that has been allowed environmental tests — saying it will help increase domestic production of edible oils. 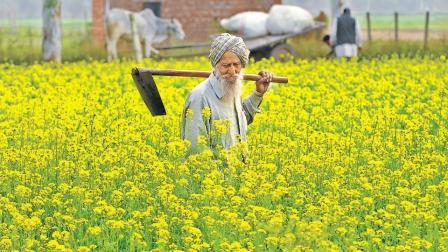 Even if the claims don’t come true, a dominant section of agricultural scientists – as well as the biotech industry — know for sure that it will at least open the flood gates for more GM foods in the country.

The fact that India imports 55 to 60 per cent of its edible oil demand, costing Rs 1.15-lakh crore is certainly worrisome. The immediate need is to reduce imports and that can happen only if a package of practices including raising import tariffs and increasing domestic production and processing goes up.

Given that there are 9 edible oil crops grown in the country, the focus should be on providing an enabling environment for farmers to increasing production of all these crops to meet the huge shortfall. But what I fail to understand is how a low-yielding GM mustard variety can increase mustard production? Going by the norms for varietal selection, which relies on a 10 per cent higher productivity, this variety at best should have been confined to a scientific dustbin.

The claims of the Ministry of Environment, Forests and Climate Change notwithstanding, the assertions are in fact unfounded and scientifically invalid. While it is true that the average productivity of mustard in the country is 1,260 kg/hectare against the global average of 2,000 kg/hectare, and there certainly is a need to increase domestic productivity as well as production. But perhaps the Ministry, which gave the environmental nod, forgot what Prof M S Swaminathan had once said. The GM option should be tried last after every other available option has been exhausted.

The timing of the environment clearance is itself questionable. In Kenya, a ten-year old moratorium on GM crops has been lifted. While farmers are protesting against the release of GM Corn, courts have imposed temporary injunction. In Indonesia, farmers are protesting against the introduction of GM Soya and in Mexico, the President Lopez Obrador has refused to buckle under US pressure which now threatens to open a trade war wanting the country to open up for US corn supplies. There is renewed pressure globally on pushing GM crops at this juncture, and India is no exception. 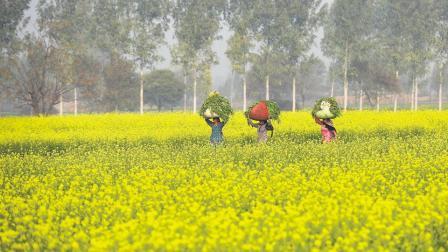 To achieve increase in edible oil production from a GM mustard variety – DMH 11 – which is much lower in productivity than at least five available mustard varieties would be a scientific miracle at best. Comparing the yield performance of GM mustard with a still relatively poor yielding traditional variety – Varuna, and then claiming that the yield is 28 per cent higher is a clever way of hiding the low performance of the GM variety.

Among the five high-yielding varieties already available with farmers – which are all non-GM varieties – three are from the same DMH series. Against the yield potential of 2,626 Kg per hectare of the genetically modified DMH-11 variety, the already available DMH-4 variety has a yield potential of 3,012 kgs per hectare, which means it gives a 14.7 per cent higher yield than the GM mustard variety. Why this variety was not used as a varietal check to evaluate the yield performance of the GM variety, is therefore quite obvious.

Scientists believe that GM Mustard will at least provide a tool for scientists to produce more hybrids. The fact however is that DMH series stands for — Dhara Mustard hybrids, and we already have higher yielding hybrids produced with non-GM technology. Let us not try to give an impression, as is being claimed, as if hybrids have not been produced in mustard with traditional varieties. In reality, DMH-11 is actually a herbicide tolerant variety, which means the herbicide usage will go up, a fact that again has been kept hidden.

Mustard is grown in about 8 to 9 million hectares in India. Surprisingly, the yields are already higher in states like Bihar and Rajasthan where it followed the System of Mustard Intensification of farming. In Bihar, the average yield is 3,458 kg/hectare and in Rajasthan it is a little higher at 3,560 kg/hectare, which is significantly higher than the GM Mustard variety that has been approved.

In fact, in Madhya Pradesh, the average yields achieved by the Department of Agriculture following the SMI production system, comes to a record high of 4,693 kg/hectare. Wonder why agriculture scientists are not putting efforts to promote and expand the area under SMI cultivation, given that the yield in MP is almost double than the GM variety. 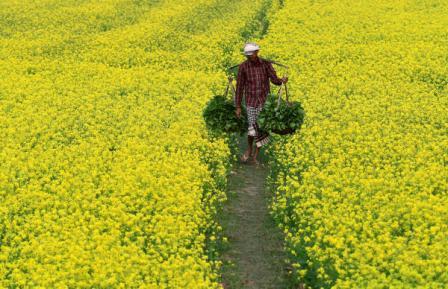 In a country where a huge genetic diversity for mustard exists, what India instead needs to do is to pick up from the forgotten Yellow Revolution. It was in 1985-86 that the then Prime Minister Rajiv Gandhi had launched the Oilseeds Technology Mission with the aim to increase edible oil production, thereby reducing the import dependence.

Given that under the World Trade Organisation (WTO) rules, India had to the option to keep import tariffs at a maximum of 300 per cent, India created an enabling environment by providing farmers with the technology, attractive price, and also encourage processing industry to develop.

By 1993-95 the production of oilseeds doubled, and India became almost self-sufficient. It was producing 97 per cent of its oil requirement, and only 3 per cent was being imported. And then with the import duties gradually reduced, reaching to zero for crude edible oil import (even now the import duties are at zero), a flood of imports began to come in. The more the imports, the higher was the ratio in which farmers quit oilseeds cultivation. The gains of Yellow Revolution stood dismantled.

A high yield was not the lone factor to attain near self-sufficiency in edible oils. A combination of factors and that includes raising the import tariffs, providing a higher price to farmers, expanding area under irrigation, and making inputs availability easy is what had led the country to achieve Yellow Revolution.

Once again, an oilseeds revolution can be attempted, and this time scientists need to focus on building up the narrative for a right kind of policy push. We need to pick up the threads from the dismantled Yellow Revolution. It has to begin with raising the import tariffs to at least 50 per cent to begin with, and lunch a nation-wide drive using the System of Mustard Intensification as the production strategy.

The author is a well known agriculture policy analyst and columnist. He writes on food, agriculture and hunger.