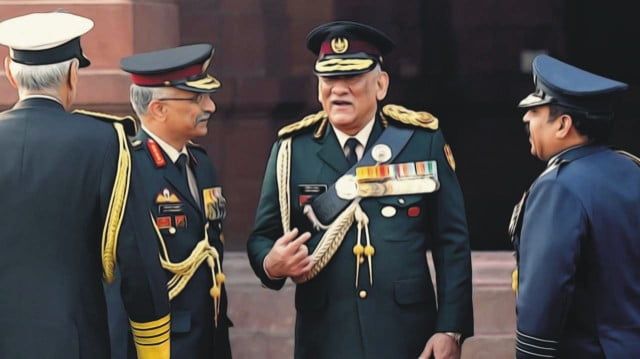 It would have been better if CDS Gen Rawat had refrained from making those comments on a public forum.

Like many other countries, including the United States of America and China, India too is planning to create theatre commands for its defence services. 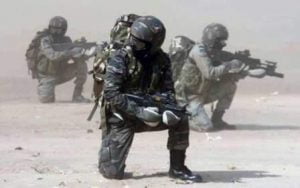 These commands would bring the Army, Air Force and the Navy together into the proposed commands rather than the present system in which these wings have their separate set up.

It is a good idea and had been there for a long time in other countries but public show of differences over the structure of theatre commands between the top Army and Air Force officers is causing serious concern and is not good for the morale of the armed forces personnel.

Defence experts are aware of the tussle among the three wings over who would head the new theatre commands or how the command structure would work.

The differences have recently come in the public domain when the Chief of Defence Staff General Bipin Rawat came out with a statement that the Indian Air Force should understand that it was only a supporting arm of the armed forces. He said the “air force is required to provide support to ground forces.“

“Do not forget that the air force continues to remain a supporting arm to the armed force. Just as artillery and engineers support the combatant arms of the army. They have an air defence charter and a charter for supporting ground forces in times of operations,” Gen Rawat said at a webinar last week.

The “air warriors” as the Air Force officers like to call themselves, had always opposed this categorisation and believe that the Air Force plays a more important role in case of war and the success of any operation depends on its effective performance.

They also feel that the new proposal would change the very nature of the Air Force with most of its assets subordinate to land focused commanders from the Army.

Gen Rawat’s comments were countered by the Air Chief Marshal RKS Bhadauria at the same webinar. He said the IAF was not merely a supporting arm and a lot of different aspects go into planning an air operation. He said the
Air Force was in favour of theatre commands but would not like its role to be diminished.

It would have been better if Gen Rawat had refrained from making those comments on a public forum.

The Air Force chief, who was also present at the webinar, could not have afforded to keep silent as this would have led to demoralising Air Force personnel. He did however mention that such issues should be thrashed out through internal debates.

India currently has 19 military commands. While the Army and the Air Force have seven commands each, the Navy has three.

The country also has two integrated commands. One of these is the Andaman and Nicobar Command and the other is the Strategic Forces Command which looks after the country’s nuclear stockpile.

The proposal is to create five unified theatre commands by merging all the operational commands.

The idea is to have unified command and control structures for better and quicker military response. Each of these commands would focus on our borders with neighbouring countries.

The issue has become a hot topic of debate among serving and retired officers of the Army and the Air Force.

The government has wisely set up a committee consisting of the vice chiefs of the three services which would discuss the issue threadbare. There has always been a healthy rivalry among the three wings and these have all come together like one at times of crisis.

However comments such as those made by the Chief of Defence Staff General Bipin Rawat must be avoided.

Will Nitish Kumar be the best bet for opposition when challengers are many?....