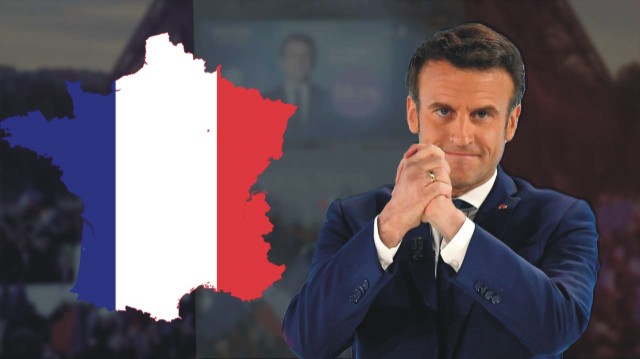 The recent presidential elections in France have proved to bolster the far-right parties in the system, but the French electorate has rejected them, though very narrowly.

FRENCH President Emmanuel Macron clinched another five-year term in the Elysée Palace, becoming the third politician to achieve this feat. His victory also bought sighs of relief, from Brussels to Washington. Macron beat out far-right nationalist Marine Le Pen in the presidential elections—a contest that risked shattering the Western alliance against Russia, and jeopardising the very survival of the European Union.

Back in 2017, 39-year-old Macron shot to power as an outsider, with a 32-point lead over Le Pen, by promising to modernise what he called a arthritic, over-regulated country. In the past five years, he streamlined French labour laws, scrapped the wealth tax.

But he was forced to drop an increase in fuel tax, when the plan sparked the so-called “yellow vest” movement, with explosive protests rocking the country for months in 2018 and 2019. Further the Ukraine war thrust Macron into the role as the EU’s major conduit to Russian President Vladimir Putin.

This time Macron won 58.54% of the vote, with a shrunken margin of 16.4% of victory. This signals the fraught political divide in the French electorate, in addition about 28.2% of the electorate did not vote at all – the highest abstention rate since 1969 – with many people saying in recent days that they rejected both choices on the ballot.

This echoes the sentiment across France, particularly amongst its young population. They consider Macron as lesser of the two evils, due to his policies in the last five years. Furthermore Macron tried more to be seen as an international statesman and leading the EU, after UK’s exit and focusing less on country’s political issues.

In his victory speech on Sunday (24 April) night, Macron accepted that many in this country voted for him not because they support his ideas but to keep out those of the far-right.

Changing face of the French politics

The main cause of concern after the French presidential elections is that they mainstreamed the underlying far-right sentiments in the French society. This resulted in the emergence of Marine Le Pen and another far-right party, the Reconquete!, run by Eric Zemmour, which advocates xenophobia, anti-immigration and anti-Islam.

The results also gave the far right its biggest share of the votes in the presidential elections, so far.

Hard-left presidential candidate Jean-Luc Melenchon – who came a close third behind Le Pen in the first round – immediately labelled the forthcoming parliamentary elections a “third round” of the presidential election.

France today seems to be under the peril of the far-right. Le Pen increasing her votes by 7.5% is clear proof of it. Besides, Macron, who has espoused a very provocative anti-Islam discourse and made controversial statements on Islam, was re-elected. This official French discourse and these actions feed the discourse of French identity and the acceptance of Islamophobia and xenophobia in the public space.

In the end, the election came down to which candidate French voters dislike the least: a president who is largely seen as out of touch with France, or a contender best known for her anti-Arab and anti-Muslim hate that has been further normalised by Macron, the media and the Parisian elite in the last five years.

If Macron wants to consolidate his victory then firstly he needs to ensure that in the forthcoming parliamentary elections on 12 and 19 June, his party La République en Marche (LaREM) and its allies secures a majority of 289 MPs in the 577-seat lower house. 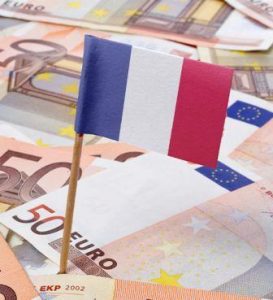 Secondly, Macron needs to control inflation and rising prices of gas and electricity. He would also have to introduce measures and greater support for the low-paid and self-employed, besides implementing the pension reforms he failed to implement in his first mandate – raising the retirement age progressively to 65 by 2031.

At the international level he’ll have to secure the EU’s external borders and controlling clandestine migration, developing a European economic “growth model” based on hi-tech investment – in the remaining two months of France’s six-month presidency of the EU. Macron’s wish to be an outspoken defender of western values with a clear desire to shape world events may consolidate further during these two months.

Most importantly he’ll have to reconnect with the French voters, particularly the young and rural voters. About two-thirds of the electorate did not voted for him. The Guardian in its editorial opines that Macron has acknowledged this and he must prioritise rebuilding ties with those who stayed away, or lent him their vote solely to block Le Pen. He has promised to listen and consult more. He will have to. 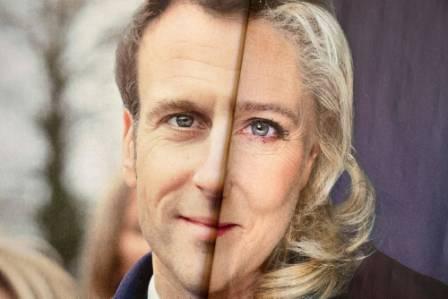 In fact during the last five years, the disenchantment of the younger population increased and was successfully exploited at both ends of the political discourse, by Jean Luc Melenchon on the Left and Marine Le Pen and Eric Zemmour on the Right.

To set things right for both France and himself, Macron will have to work hard to win back this disgruntled constituent and also the absentees. This coupled with demands to change the presidential role as fashioned by General Charles de Gaulle have long pointed to fundamental defects in France’s Fifth Republic, and there have been demands for a changed system of governance, Macron will have to tackle that too prudentially.

Indian Prime Minister Narendra Modi is expected to meet Macron on 4 May in Paris. Indo-French ties have strengthened during the recent years, but at the forthcoming meeting both leaders should aim for far-reaching and long-lasting agreements – economic, military, nuclear, geographical, keeping bilateral interests in mind.

Now with UK out of the EU, France could act as India’s gateway to the EU. Both countries enjoy a strong partnership in defence, which could be extended to other sectors too. Bilateral trade in 2021 increased for both countries.

In addition France has emerged as a major source of FDI for India with more than 1,000 French businesses already functioning in India. The highest French FDI equity inflows are in the services sector. The Macron-Modi meeting could be utilised to further increase these thriving ties.