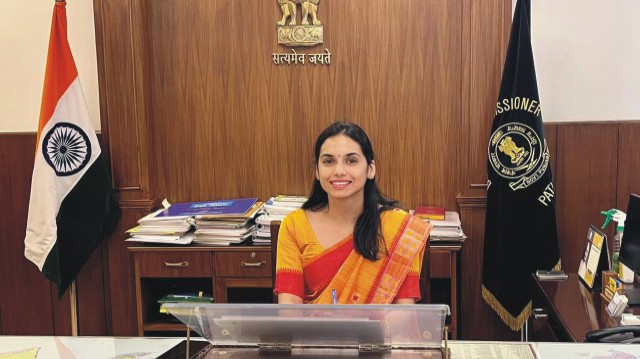 Patiala, June 8: Deputy Commissioner Sakshi Sawhney today took stock of flood protection works in the Patiala district. While reviewing the ongoing works she directed the concerned departments that all arrangements should be made in advance marshalling the facts of the previous year’s rainfall graph. She also issued instructions that all the ongoing flood protection works should be completed before June 30, 2022. 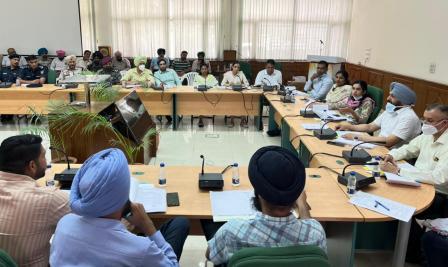 While reviewing the communication plan prepared by the officials of Drainage, Irrigation, Public Works, Mandi Board, Water Supply and Sewerage Board, Local Government and other concerned departments and the flood protection plan, Sakshi Sawhney pressed on a special action plan for low-lying areas and flood-prone areas.

The Deputy Commissioner also discussed the disaster management plan with officials from the Indian Army, NDRF, Police, Health and Food and Civil Supplies.

She also instructed the concerned departments to prepare time-bound plans for cleaning bridges, culverts, siphons, canals, drains and ponds with uninterrupted power supply and construction of roads where necessary.

The Deputy commissioner weighed upon the importance of this task and ordered all the officers to supervise all the work themselves so that the flood control strategy may not fall short of anything.

Arrest Warrant against Jaspreet Talwar must be withdrawn and she must be given a fair chance....

Zira stir against disposal of effluents by liquor factory – A Scientist's observations....

Punjab Guv and CM must shun their false egos and show statesmen like reflective wisdom to resolve issues....