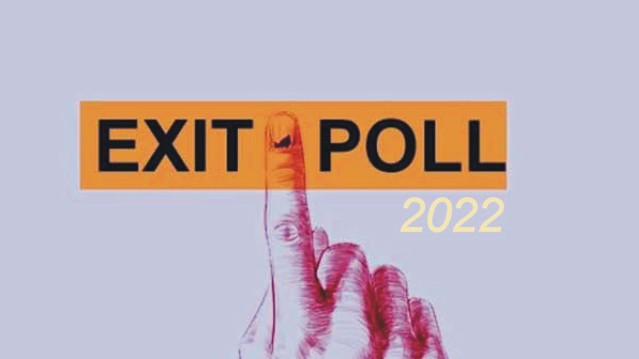 Exit polls do not even approximately capture the rising incidence of wafer-thin margin ACs.

Exit polls are a great way of turning up TRPs as I realized from my professional experience of being a general election observer several times over in my career. They are also the best post-poll weapon a ruling party uses to demoralise polling agents and the rank and file of opposition parties.

The objective is to get opposition polling agents to move away from counting centres way before counting ends. It is at this stage that select EVMs are tampered, even replaced. Further, a party that is certain of a massive victory usually does not resort to exit poll strategy.

When multi-cornered contests happen and voting is relatively low (40-60%) margins become wafer-thin. Given the multiplicity of parties in almost all states, victory margins are sometimes 100< too.

That is why in WB, in spite of nearly all pollsters having awarded the election to the BJP with 200+ seat thumping victory, the BJP ate humble pie when it was routed in the counting.

Another point that deserves to be mentioned is the long gap between the first round and last round of an election. That gives each party enough time to figure out the numbers that may have been polled by it. These numbers are obtained by party offices from the rural and urban areas.

In turn, these numbers determine the size of the polling agent team each party deploys. The more wafer-thin margins, the greater is the presence of polling agents right up to declaration of final results that keeps the ruling party from replacing selected EVMs, counting postal ballots after EVMs, NOTA, etc.

All these factors and more have applied in equal measure to all state assembly elections from 2018 an onward. With close opposition vigil at counting centres, the BJP has not won a single major state, viz. Maharashtra, MP (they returned through the back door), Rajasthan, Jharkhand, Punjab, Telengana and WB.

In Bihar, Nitish Babu’s government has a majority of only 15 seats over the RJD+ that has not changed in the last 18 months when pollsters had forecast an absolute majority for the BJP-JDU alliance.

In Jharkhand too, a single regional party bested the BJP with 50%+ vote share while pollsters sang a contrarian tune. In 2018, in Gujarat, at one point, BJP trailed INC 110-78. In the final tally, BJP barely managed 100 while INC retained 77/78 ACs. 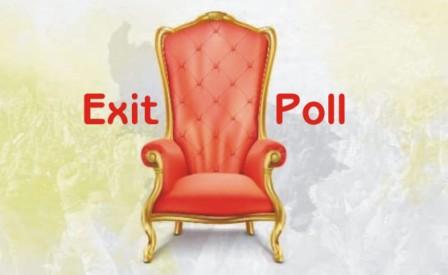 Therefore, exit polls do not even approximately capture the rising incidence of wafer-thin margin ACs. Instead, based upon relatively small sample sizes they extrapolate their findings to award numbers to the party of their choice.

In all the above states that BJP lost, not more than 1-2 pollsters came even within 25% of the final numbers.

If their exit polls finally did come closest by nothing more than pure fluke, they conveniently claimed credit forgetting that their projections were horribly wrong in preceding elections.

Last, but not the least, the stock market is the gainer (faced with 2.5%+ decline in a single session yesterday) quoting these exit polls. The satta bazar is no different. They got it horribly wrong in several elections. And corporates and gamblers have their highest incidence in the BJP.

Lies and statistics makes a heady brew that has a sinister objective too as I have described above. I am therefore watching the latest James Bond thriller on Prime Video, instead of wasting my eyesight and eardrums on the inane exit polls. I will wait for Mar 10 and keep my TV set on from 8 am. Bandhugan, I suggest you do the same, if you wish to preserve your sanity.