Europe Scorched – Writing On The Wall 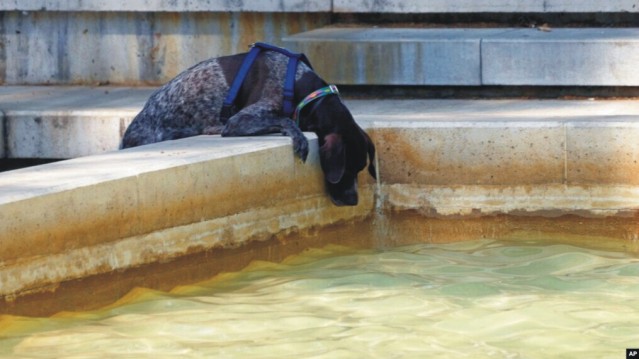 The extreme temperatures witnessed in Europe during the last fortnight, are the results of our own making, and maybe this is a wake-up call for the humans to stop playing with nature.

WHEN we think of Europe, we mostly think of cold and enjoyable weather, as compared to our scorching heat and humid weather. But in 2022, the European continent is facing one of the worst summers. 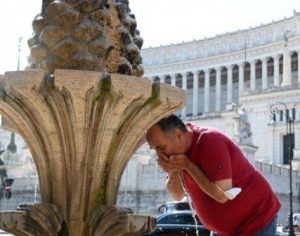 Usually, by Indian standards even the European summers were considered to be much better than our winters, but record-breaking heat affecting parts of Western Europe during the fortnight, with UK temperatures exceeding 400C (104F) for the first time since record-keeping began in 1772, has proved us wrong.

Temperatures dived in many other countries in Europe, with 64 different areas in France experiencing record highs and temperatures in Portugal reaching 47oC.

The dangerously high temperatures have had other additional consequences, too, with Portugal reporting more than 1,000 heat-wave-related deaths in the last fortnight. At least 13 people have died in open water-related incidents in the UK.

Extreme heat-wave warnings were issued in France and record July temperatures were reported in the Netherlands.

In Paris, the thermometer crossed the 400 Celsius for the third time this summer. 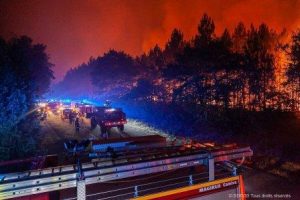 In addition, Wildfires continue to sweep across parts of Southwest Europe. As well as increased ozone pollution, the European heat wave is also exacerbating the scale and intensity of wildfires currently raging across southern Europe, especially in south-western France, Spain and Portugal.

The worst affected regions to date include the Gironde region south of Bordeaux, Extremadura and Galicia in Spain, and parts of Portugal.

This is also accompanied with the fact that Europe is witnessing more and more floods in the regions where they were unheard of like in Germany and the UK. Experts blame Climate Change for the soaring temperatures across the world, especially Europe, and have warned that worse is yet to come.

The Guardian reported Prof. Richard Allan, of the University of Reading as saying that Climate Change is intensifying these heat waves as greenhouse gas increases raise temperatures and a warmer, more thirsty atmosphere dries out the soil, so that more of the sun’s energy is available to heat the ground rather than evaporating water.

The Politico quoted Mariam Zachariah, climate scientist at Imperial College London,as saying that build-up of CO2 from burning fossil fuels has made heat waves more intense and more frequent across the globe, including in Europe. 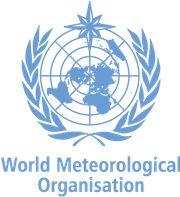 The World Meteorological Organisation (WMO) warned last week that Europe’s heat wave could persist into the middle of next week, whereas the negative impacts of climate change are bound to continue at least until 2060s.

Robert Stefanski, chief of Applied Climate Services at the WMO, at a joint press briefing with the World Health Organisation (WHO), also said that record heat waves are becoming more frequent because of climate change.

The prediction comes after extremely high surface ozone pollution was experienced across western and southern Europe, particularly along the west Coast of Portugal and parts of northern Italy.

Mark Parrington, Senior Scientist from the CAMS, says the potential impacts of very high ozone pollution on human health can be considerable both in terms of respiratory and cardio-vascular illness. Higher values can lead to symptoms such as sore throat, coughing, headache and an increased risk of asthma attacks.

The Climate and Clean Air Coalition estimates that ozone pollution causes approximately one million additional deaths per year. This is why it is crucial that we monitor surface ozone levels. 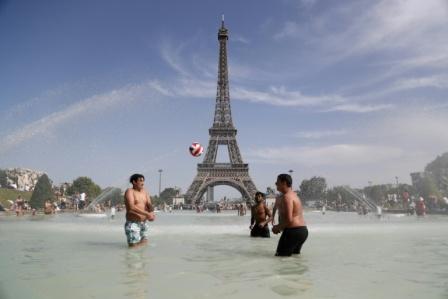 Recently BBC has published a revealing report, which highlights how the major culprits responsible for environmental degradation had planned and executed a bold campaign 30 years ago, to spread doubt and persuade the public that Climate Change was not a problem.

The tie-up between some of America’s biggest industrial players and a PR genius – forged a devastatingly successful strategy that endured for years, and the consequences of which are all around us.

The Global Climate Coalition (GCC) – which represented the oil, coal, auto, utilities, steel, and rail industries – hired a communications partner to change the narrative on Climate Change.The strategy was implemented through an extensive media campaign, including placing quotes and pitching opinion pieces.

The groundwork was laid meticulously for the industry’s biggest campaign to date – opposing international efforts to negotiate emissions reductions at Kyoto, in Japan, in December 1997.

This makes us wonder where we have gone wrong. It is indeed true to say that during the last 100 years humans have wrecked the earth so much that nature is turning back on them.

We hear constant talk of environment planning and tackling Climate Change effects, but find most governments wanting in fulfilling their pledges committed at different environment foras, such as COP26 and other international bodies. 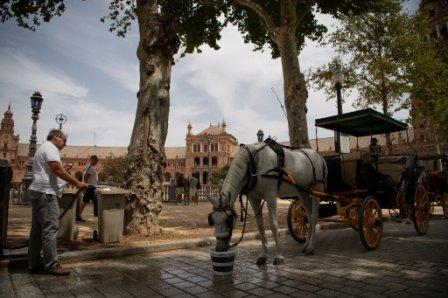 The basic requirement is that we ‘ll have to change our lifestyles too, to cope with the climate challenges.

We’ll have to change the way we are constructing our commercial and residential buildings, all cladded in either glass or aluminium cladding requiring more heat intensive mechanisms to maintain cooler temperature.

In hotels worldwide it is a normal practice to maintain the building temperature at 170C, why can’t we make it a more reasonable 210C?

In addition we also need to change our style of construction using a judicious mix of stone, cement and wood, not just relying on one particular product, besides ensuring less usage of wood.

If we humans don’t act now instead of just preaching and making hollow promises then we could just look forward to our own extinction much earlier than envisaged by nature.

End of Rajapaksa clan even as Sri Lanka suffers in Dragon’s embrace....