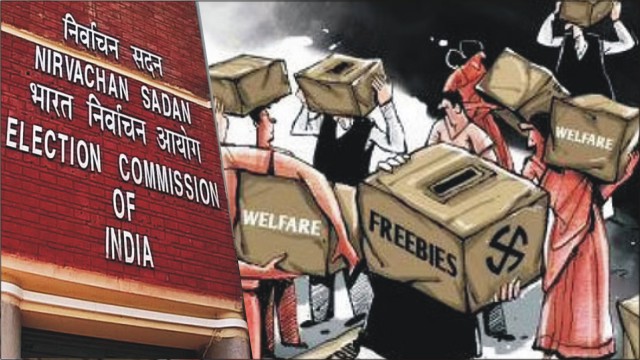 Evidently what prompted the election commission to reverse its stand must be some arm twisting by powers that be.

The U-turn taken by the Election Commission of India on its stand over the promises doled out by political parties on the eve of elections is fraught with dangers to the democratic functioning of the country.

Just a few weeks ago, the commission had told the Supreme Court that making promises of freebies or welfare measures were subjective and open to interpretations.

It had told the court that asking the political parties to explain how they would generate funds to meet the promises to electorate would be an “over-reach” of its powers to regulate policy making on the subject and that it was not desirable for the Commission to intervene.

It had told the apex court on April 9 this year that the offering or distributing freebies in the run-up to the elections was a policy decision or political parties and questions whether such policies were financially viable or would have an adverse impact on the economic health of a state was to be considered and decided by the voter.

The commission had filed the affidavit in response to a petition by an advocate who had wanted the courts to prohibit parties from promising “irrational freebies”.

The petition was, in turn, prompted by a statement by the prime minister Narendra Modi who had spoken against the “revdi culture”.

The Supreme Court had also jumped into the fray and had asked the Election Commission on what steps it can take to discourage announcement of freebies.

Evidently what prompted the election commission to reverse its stand must be some arm twisting by powers that be. 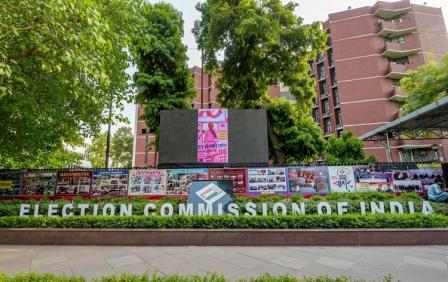 The commission has not bothered to explain the rationale behind its rethinking.

Instead it has issued a letter to all the recognised parties to state that it plans to make it mandatory for parties to inform voters about the “financial ramifications” of poll promises against well-defined parameters.

The proposal aims to assess the feasibility of “implementation of such promises within the financial space available”, as per the letter.

The letter went on to add that while the Commission “agrees in principle” with the point of view that while the framing of manifestos is the right of political parties, it “cannot overlook the undesirable impact” of some of the promises on the conduct of free and fair elections.

The latest stand of the Commission, evidently taken without much thought going into the ramifications is based on the premise that voters reward political parties which make tall and irrational claims because they are unaware of the costs involved or the financial health of the state or the Centre.

This argument is itself irrational and presumes that the voters get swayed by such promises and disclosure on the source of fundings would expose them. If that was true, what about the disclosure of criminal antecedents of candidates at the time of filing their papers.

Also Read: Freebies reduce the prospects of development and growth 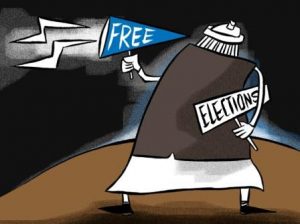 The Commission’s proposal doesn’t talk about such promises made before the imposition of the Model Code of Conduct.

The incumbent governments would certainly have an advantage because those have the power to tweak the finances to make way for the promises they might like to make.

The central government, which now has even more powers over finances, would certainly benefit with more financial resources at its command.

There is no doubt whatsoever that the race to announce freebies without any consideration about the financial health of the economy is undesirable. However the proposal by the election commission can have serious implications.

It’s not easy to find answers to such questions and it is doubtful whether the Election Commission has the mandate to do so.

It is better to leave it to the voters to decide which party or candidate was making false claims and let the voter elect the leaders who they think can deliver on promises.