ECI – Reduced to a weakling manned by spineless commissioners 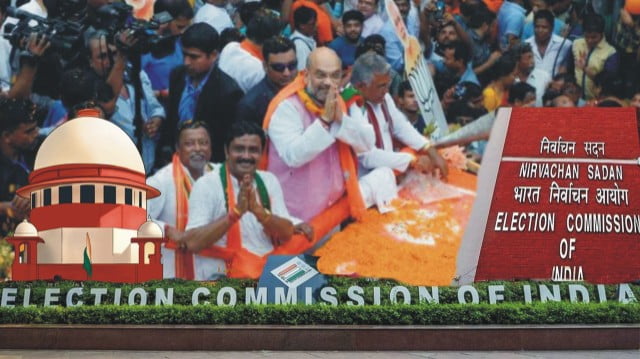 The conduct of the Election Commission of India (ECI) during the recent assembly elections, particularly in West Bengal, remained shameful and blatantly partisan. It had been losing credibility over the years but had not stooped so low as it had been doing since the Lok Sabha elections in 2019.

It exposed itself by the very manner in which It drew up the election schedule and spread it over a month and a half in eight phases for West Bengal. Though ultimately this did not work in favour of the Bharatiya Janata Party, it did put millions of voters at risk for an extended period during the Covid pandemic. 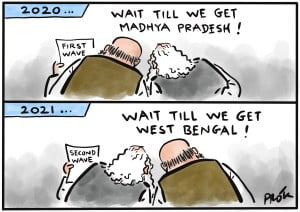 The ECI turned a blind eye to the massive rallies organised by rival parties and stepped in to ban big rallies only at the fag end of the campaign and that too hours after prime minister Narendra Modi himself declared that he would not go out for campaigning in view of the steep rise of the Covid infection. 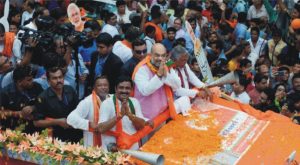 The scathing observations came a few days after the Calcutta High Court had censured the ECI for not doing enough to ensure that political parties were following appropriate Covid protocols amid the surging second wave.

Remarking that the Commission has been “the most irresponsible over the last few months in not stopping political parties from wanton abuse of the Covid-19 protocol”, the bench of Chief Justice Sanjib Banerjee and Justice Senthilkumar Ramamoorthy said that it has been “singularly lacking any kind of exercise of authority. You have not taken measures against political parties holding rallies”.

It was a strong indictment certainly even though these were just observations but these laid bare the attitude of the election commission. It received another jolt when it sought to gag the media from reporting the observations when the courts said media should be allowed to report for public good.

The ECI, which at one time and particularly under the charge of T N Seshan, had filled politicians with fear for violating the laws, has now been reduced to being a hand maiden of the government mainly because of the choice of election commissioners appointed by the government. They have been failing to stand up despite the constitutional status they enjoy.

Perhaps it is the lure of office after their retirement that makes them so vulnerable to the demands of the ruling political leaders. No wonder there are reports that the chief election commissioner Sunil Arora, who retired recently, is being tipped for the post of governor of Goa as reported in a section of the media. Neither he nor the ECI have denied the reports. 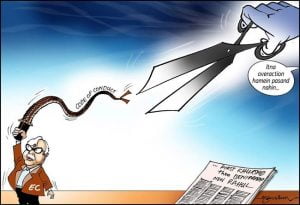 Arora’s role during the 2019 Lok Sabha elections too had come under severe criticism. The Commission under him had been conveniently turning a deaf ear to the communal speeches delivered by leaders.

The Citizens’ Commission on Elections (CCE), which examines the critical aspects of conducting elections, has in its report pointed out that “despite guidelines and codes, the ECI did not take note of the many media violations – particularly by the ruling party”.

It pointed out that one of the “most blatant violation was the opening of a new channel called Namo TV which continuously telecast speeches and events about the PM. Namo TV did not have permission from the I & B Ministry to go on air and did not comply with the regulations necessary to start a new channel,” it elaborated.

From being a highly respected and unbiased institution, the ECI has been reduced to a weakling manned by spineless commissioners. One major cause is the way in which the election commissioners are selected and appointed by the central government. Perhaps a supreme court mandated independent selection procedure would help the commission regain its long glory.