Do Sau Bees: A Homage To A Journalist Friend

What does it take to be a Shesh Narayan Singh? Decades of hardwork, honesty & humility. 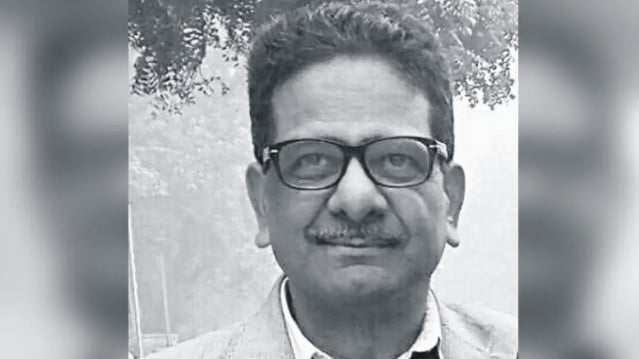 In 2012, Arnab Goswami was a very different kind of a journalist. The Newshour had redefined prime time television; shrieky was in, but sounded righteous. As opposed to riotous. Uttar Pradesh had gone through a very, very long election process – a seven phase month-long balloting exercise. Mayawati seemed to be fighting with her back against the elephant-lined wall, and Mulayam Singh was threatening to come back storming. Arnab Goswami had invented a new television property called 100-hour-nonstop-coverage-of-election-results. This would start three days before the counting day. The first three days would be analysis-analysis-analysis, all building up to the super day.

First time I ran into him, he asked me point blank: “How many seats will Sukhbir Badal get?” All I remember was that my answer was evasive.

Punjab, too, had been through election on 30th January, while UP had finished with the last vote polled on 3rd March. Elections to Uttarakhand, Goa and Manipur were also held during the same days, and results were to be on March 6.

“How many will Mulayam Singh Yadav get?” I asked him as a way of rounding up my neither-here-nor-there answer to his pithy query. “Do Sau Bees.”

“Do Sau Bees.” He would chew his words before speaking. This was my first meeting with Shesh Narayan Singh.

How could he be so sure, I wondered. Normally, senior journalists found ways to create room for some ambiguity in such matters. Some kind of a ‘patli gali’ escape route, if things did not work out.

As I discovered inside Goswami’s sprawling Times Now Studios, the first three days of analysis-analysis-analysis were an exercise in showcasing panelists’ knowledge, grasp and wordsmithery, besides some intellectual cud-chewing, all royally ignored by audiences who just waited for the fourth big day of actual counting and results. But the fourth day had its own time division: the first few hours were a compressed repeat of the first three days!

After all, what do you say, surmise and hang your reputation on with the prospect of actual hard numbers hitting you in the next few minutes or couple of hours? Everyone was saying something, while trying not to say anything that could be held against him or her in the next few moments.

Every now and then, someone will quote him. “Yaar, suna tum ne? Shesh Narayan keh raha hai 220 le jayenge neta ji!” In the hotel, we would gather over evening poison – coffee for me, I should clarify – and senior journalists would invariably refer to what Shesh Narayan had said. 220 is all that they talked about. In the first three days, there were many references to 220, every time attributed to Shesh Narayan.

Arnab clearly was an early riser. By 7 am of Day 4, he had warmed up. We all had very early breakfast. Cameras were rolling. The high blood pressure inducing music and then signature imagery of Goswami, and we were on – for more analysis. Last minute analysis, Arnab Goswami said. “Ab hum kya batayenge last minute? Pehle hee bata diya, utna hee maloom tha,” Shesh Narayan whispered, leaning into my ear. Kumar Ketkar could always escape by telling some anecdote, and between Neerja Chowdhury and Arati Jerath, there were always stories about ‘when I last interviewed Behan ji’. It was still 9 am. Then Ajay Bose came in with more Behan ji stories. 10 am. Yogendra Yadav walked in. 10:15 am. First results were still a long way off. Hours were passing in packets of 15 minutes each. Goswami was hyper with energy, but the results were slow in coming.

Everything was prefixed with Super. Super Hour, Super Coverage. Super Analysis. Super Tabulation. Super Graphics. If he wanted to retain super traction, he needed to do something super.

We had had our grub. Samajwadi Party numbers were 110. Suddenly, Arnab had a bright idea. “Should we discuss what could be the scenario if Mulayam gets stuck at 130-135? That will be very, very interesting.”

“Of course, that will be almost Bollywood thriller, because that would mean anything can happen,” said one of the analysts with a London School of Economics reference and some field work in sociology under her belt. Suddenly, everyone had warmed up. The discussion got hot to a temperature Arnab clearly loved. “Now we are warming up,” he said.

Television loves faces, so cameras kept zooming in one or the other in quick succession. Arnab wanted to draw in everyone.

“Shesh Narayan, the man who knows UP best! What will happen if Mulayam gets stuck at 130-135?” Shesh Narayan should have been a poker player. Not a twitch on his face. For a moment, he looked askance at the panellists around him, then looked at Arnab Goswami, and softly said, “Par un ki 220 seat aa rahi hain!”

Gosh, that was so underwhelming for a television debate.

But a new idea had been floated by one of the panellists. Will Sonia Gandhi indulge in some statecraft and change the UP governor at this stage?

I did not even have an idea in that moment about who was UP governor at the time. Banwari Lal Joshi had not made much news even when he was Lieutenant-Governor of Delhi from 2004 to 2007. A former cop with old time values, someone who had worked with Lal Bahadur Shastri, spent time helming a California-based NGO offering scholarship to bright and needy Indian students, Joshi wasn’t expected to skirt around the rule book if Mayawati decided to have tea with Sonia Gandhi and if the two had invited Lalu Prasad over. “Joshi won’t help Congress. May be it will be a good move to bring in Moti Lal Vora,” said another panellist who had covered Indian politics for four decades.

Listening to this Super Analysis, I wondered whether Vora would be watching this segment, and how would it portray him on the ethics scale of 1 to 10, when suddenly Arnab turned to the man he had declared to the world as “the man who knows UP best!” 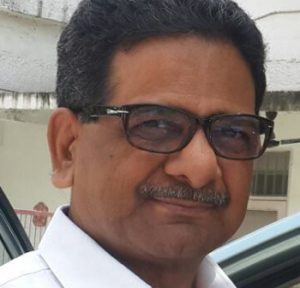 By now, Shesh Narayan had got it. And he had a response.

We broke for tea when I asked Vinod Mehta how sure he was about Shesh Narayan’s figure of 220. “Arrey, Mulayam is getting 220!” Wow! I thought. Mehta was also equally emphatic. “So you’re very sure?” I asked Mehta. “Shesh Narayan keh raha hai,” he said.

So, this was the evidence.

“You think he’s right?” I asked him. “Bhai, no one knows UP better than him,” Mehta said. Coming from Vinod Mehta, that was a sort of a gold medal for any journalist.

Our cud-chewing went on. There wasn’t much time for Punjab. Times Now’s Wasbir Hussain, who normally used to appear on my non-smart television screen from Guwahati, was also in the studio. “Hey, why are you here?” I asked him. “Manipur!” he said by way of explanation.

“Who cares about Manipur? I am Punjab and no one has cared about it ever since UP results started trickling in. Idhar mein aaj Manipur main hee hoon. Aap ki to shayad baari bhee na aaye!” I told him. Shesh Narayan laughed the loudest. Wasbir got very little chance to talk about Manipur.

UP was the flavour. The results kept trickling in. Analysts kept tweaking their analysis to keep it in sync with the emerging results. During the morning hours, Congress was ‘a force to reckon with after years’. By late afternoon, they surmised, based on their decades of experience of reporting the key political state, that ‘Congress had little chance to make it in states where regional strongheads have emerged’. The SP figure kept rising in that Super Graphic, and seemed to pause at 217 for some time. Then 218. 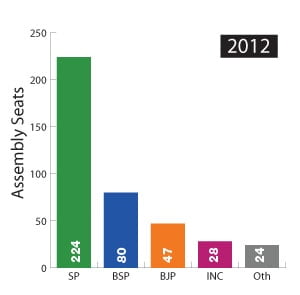 We wound up in the studio at around 10:30 pm. At dinner, Shesh Narayan was trying to explain a few seats that he said he probably should have visited again because his estimate had not proven correct. He was still humble, very humble. He was still talking data, vote percentages, factional fights on certain seats, the surprise number of votes that an independent had gotten in some particular seat.

I was mesmerised by not just the man’s knowledge, but by the amount and quality of hard groundwork he had done, travelling all over Uttar Pradesh, getting to know it over decades, and remaining humble after all of that.

Shesh Narayan Singh ji died today, on May 7, 2021, due to Covid-19. I wish I had prayed harder. I did not even get to know he was sick. I wish I had said a special prayer for him.

I wonder if I will ever meet someone who’s so sure of his craft, field work, grassroot level understanding and is so humble. Over the years, he stayed in touch, always asking about Punjab’s political scene. Sometimes, he would ask about numbers. I would often tell him journalist x says this, analyst y says this. “Aap ka kya estimate hai?” he would ask. My response always had that ambiguity exit route, that patli gali. I never mustered up the courage to respond with the kind of surefootedness he expected a journalist to have to be able to say unambiguously, without batting an eyelid: Do Sau Bees!

Rest in peace, sir. They don’t make ’em like you anymore! And God! we need 220 like him for every Shesh Narayan we lose, and we need him back, too.