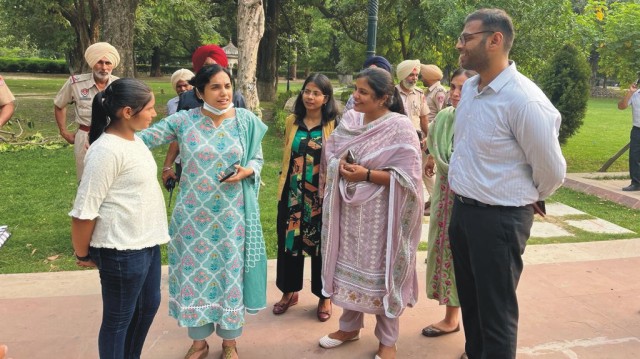 Patiala, June 28: Lovleen Kaur, a 7th class student, wrote a letter to the Deputy Commissioner on the issue of swings, open gym, cleanliness and some other issues at Baradari Garden in Patiala and demanded improvement in the maintenance of the garden.

In the garden, she inspected all the things minutely, which were mentioned by Lovleen Kaur. She directed the concerned departments to take immediate action regarding the improvement of the Baradari Garden.

Sakshi Sahni asked Deputy Director Horticulture Nirwant Singh to take immediate action on the safety of swings, information on exercising in an open gym and cleaning the garden.

Apart from replacing the old plants with new ones, security guards should also be deployed to check the entry of anti-social elements in Baradari.