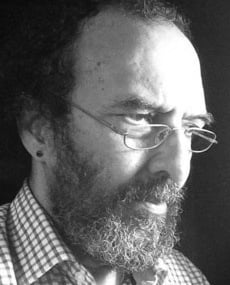 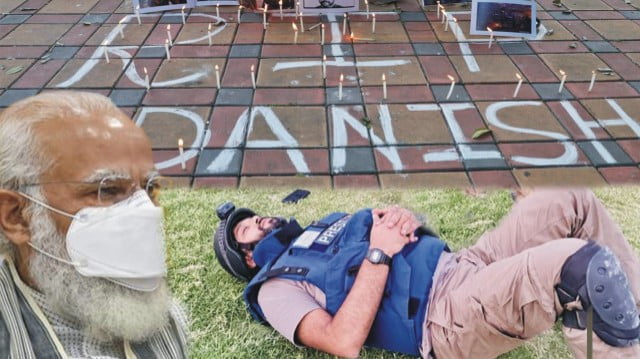 SNAKES slither. Insects crawl. Bandicoots scamper. It’s their nature. That’s how they move. Why should we want them to be any other way?

There are things wild creatures can’t do though that humans can. They don’t curse their dead. That part of the bargain they have left entirely to the species declared as the most exalted creation of nature.

Animals may eat their dead. They also kill each other for territory or a mate. But they don’t hang around the dead victim to hiss abuses at it, leave alone call into question the parenthood or race or gender of the quarry. 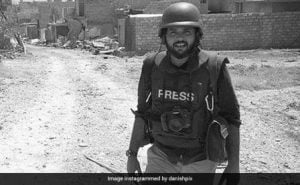 The question has been asked, with all good intentions no doubt, why Prime Minister Narendra Modi has remained singularly mum over the death of Indian photojournalist Danish Siddiqui who was killed in Kandahar the other day apparently in a shootout between Afghan troops he was embedded with and the Afghan Taliban.

Everyone from President Biden’s administration to the UN secretary general has expressed sadness and remorse at the demise of the young Reuters lens man.

Danish was a recipient of the Pulitzer Prize, and the rare distinction for an Indian journalist made his friends and colleagues proud of the feat. Not everyone rejoiced though.

There must be a good reason that Mr Modi hasn’t thought it fit to express his grief over Danish Siddiqui’s death. And yet, an Aam Aadmi Party MP and a senior Congress leader among others have gone to town with their show of surprise at the absence of any evident grief from the prime minister.

Why should they be goading anyone to say or do something one doesn’t appear to be comfortable with? The last time Mr Modi displayed any memorable degree of compassion was when he likened an entire community to a puppy, saying he would feel bad if the little creature came under the wheels of his car. Hermann Hesse would have perhaps changed the title of his book had he heard the description in time.

There could be several reasons for the reluctance, and some of them can be readily listed. Mr Modi belongs to the Hindutva stable and it is Hindutva’s supporters that have been cursing Siddiqui on the internet ever since he was laid low in the Kandahar shooting during an assignment to cover the military stand-off brewing in Afghanistan.

Despite his rich experience of war and conflict reporting in Iraq, a friend had urged Danish to not be adventurous in Afghanistan, to which he had replied, with looming irony: “Afghanistan is itself an adventure.”

There must be a good reason that Modi hasn’t thought it fit to express his grief over Danish Siddiqui’s death.

There’s nothing uniquely anti-Muslim about the celebration of Siddiqui’s death by Hindutva fanatics. They would hate anyone who threatened their march towards the sugar candy dream of Hindu rashtra, Muslim or not.

The Islamic State group has its own catalogue of high-octane curses for their many enemies, as do other religious or nationalist bigots across the world. Some of them could help each other out by exchanging notes, and improve their collective vocabulary.

Remember how they celebrated Gandhi’s assassination soon after India’s independence? They had plans also to eliminate Nehru.

The zealots who lynched Sikhs in 1984 as Congress sympathisers were as much Hindutva ideologues as the vandals of churches in Kandhamal in December 2007. Time has only made them more brazen.

More recently, under a new normal as it were, they got an avid fan of Gandhi’s assassin freed from prison and had her elected as an MP with a thumping majority.

At the same time they can’t afford to abandon Gandhi altogether. So they are planning to convert his simple unassuming Sabarmati Ashram into a flashy ‘world-class’ site.

Mr Modi’s peevishness with Muslims appears to be limited to Indian Muslims, not because they threaten him, but because sarcastically pointing to their humble dress code can give him political traction in close elections.

Otherwise, he appears to be quite chummy with Muslim leaders, chiefly the anti-democratic types among the Arab, Central Asian and Southeast Asian autocrats.

Journalists are routinely killed in the line of duty, and it isn’t always the bigots to blame for the tragedies.

Increasingly and ever so often it’s the so-called friendly fire from a ‘good’ country that has laid them low. In the Iraq war in 2003, three media men were killed by US fire.

It was again a Reuters cameraman, Taras Protsyuk, 35, who died when an American tank fired a shell directly at the Reuters suite on the 15th floor at the Palestine hotel.

A similar outrage against the media was carried out by Israel recently with the bombardment of offices of international media covering the flare-up with Hamas in Gaza.

Earlier, Al Jazeera cameraman Tarek Ayyoub, a 35-year-old Palestinian from Jordan, was killed when two bombs dropped during a US air raid hit the satellite station’s office in Baghdad.

Few, however, ticked the boxes as Danish did in the sheer range of compelling and iconic photos of acts of outrage and forbidding events that took place in India recently. They have left an indelible mark on the collective memory of those that saw the Indian state in action against courageous and peaceful masses of citizens.

His pictures of the campaign against India’s communally framed citizenship laws, the crippling nationwide helplessness and fear during the second Covid-19 wave were notable as were his pictures of the Rohingya refugees that fetched him the Pultizer with other colleagues.

It was Danish Siddiqui’s gripping and terrifying snapshot of the murderous attack on a Muslim man during the communal violence in Delhi that earned him the sobriquet of a ‘jihadi’ from the Hindu right. Why would anybody from the stable feel saddened by his death?

This article first appeared in dawn.com and is being reproduced here courtesy Dawn.

Also Read:
Do Sau Bees: A Homage To A Journalist Friend

The writer is Dawn’s correspondent in Delhi.