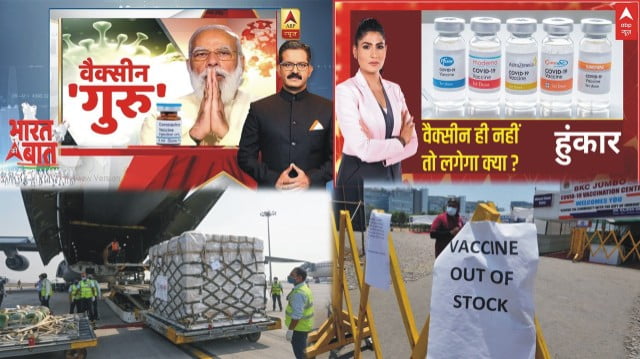 The second wave of Covid-19 devoured so many lives and left the near and dears of many akin to the living dead.

‘O, it is excellent to have gigantic strength, but it is tyrannous to use like a giant’ – Shakespeare

The second scary surge of Covid-19 devoured so many lives and left the near and dears of many akin to the living dead; courtesy, the downright pathetic precipice of respective governments at the helm of affairs, drawing cue from the aforesaid Shakespearean adage. 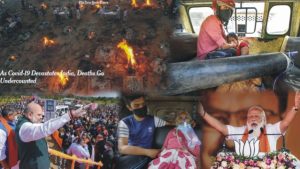 With a degenerate medical system and public, at large, running helter-skelter for resources, in sight, the guilt of shortsightedness does not even remotely devour the politicians.

Instead, they are actively engaged in murky mudslinging, blame game and are projecting untenable alibis.

The ruling dispensations have not learned from the catastrophic conditions corroding the planet with the precious human lives scouring for inadequate medication.

Instead of indulging in mud slanging, they could rather have acted in unison to contain the catastrophe.

Every act of the government at this critical time must have the voice of sanity and the call of the criticality coupled with conscientious commands for synergy in deeds and actions to fight the battle of Covid-19 fiercely.

Instead the insensitivity of the government paved way for crowded, no-holds barred election rallies and religious congregations, in bed with the ally Election Commission, which worked as a catalyst in the widespread escalation of the Covid-19 mayhem.

The constitutional Courts in the present time are playing a proactive role by consistently monitoring the devastating state of affairs, at a time when the citizenry is in lurch at the mercy of the Church.

The late observation of High Court of Delhi while remarkably rebuking the government that the water has indeed surged past the head after the stinging reproval of High Court of Madras that the Election Commission be saddled with the charge of murder being singularly responsible for this medical mayhem.

It is atrociously astonishing and unique that the Election Commission, instead of setting its house in order, wasted no time to march with unprecedented haste to Supreme Court to seek an injunction against the media, including the social media meddling with the Courts observations.

It would have been more apt and apposite to learn from the past and do everything at its command to uphold the constitutional oath and act in accord with the constitutional Autonomy. All other worldly pleasures and post retiral greeds could be thrown in the Bay of Bengal. 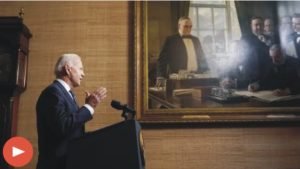 The demonstrative lesson to our politicians in power or not in power would be the role played by the USA post the 9/11 terrorist attack.

The political parties exhibited no conflict and disagreement post the attack irrespective of ideological differences. Resultantly, the USA won the war against terrorism with magnificent triumph.

Our politicians must emulate them, at least at this horrific and horrendous time. It is then, that we will be able to eliminate the Frankenstein monster of Covid-19.

The Constitutional Courts seized with the issue of public apathy by the powers that may be, should not hesitate to show its constitutional teeth, and the criminal and civil liabilities be duly fastened, proportional to the degree of culpability.

It would then teach the deterrence among the erring Public servants, who construe themselves not the servant of the public but the master of the people.