Congress losing the plot – Protests Against Questioning of Gandhi Family 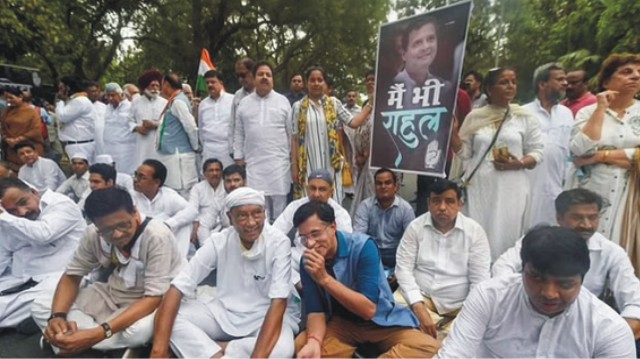 Ordinary people, besides Congress supporters, would have liked the party to fight for issues directly concerning them.

The protests by Congress workers in some states against the questioning of former Congress president Rahul Gandhi in a money laundering case by the Enforcement Directorate, reflects what’s gone wrong with the 138 year old Congress party.

The demonstrations, including some for the cameras with police dragging protesting partymen into buses, give an impression that the questioning of the Gandhi family members was the single most issue for them in the country right now.

Evidently, issues like sky rocketing inflation, unprecedented fuel prices, spread of communalism, arbitrary use of state power through bulldozers, declining employment and devaluation of Indian rupee, among others, are secondary issues for the Congress leaders.

Summoning and questioning of Gandhi family members was the most important issue – or so do the Congress leaders feel strongly about.

There is no doubt that the BJP led government has suddenly woken up after sleeping over the issue for eight years during its rule and that there is politics behind this realisation of some wrongdoings done by members of the Gandhi family.

BJP must have done it’s own calculations before nudging its handmaiden, the Enforcement Directorate to get into action.

Congress has also taken a stand that it was a politically motivated inquiry. To that extent it has a right to protest although it would have been better if it had let the law take its own course.

However the point is why can’t the party galvanise and take up ordinary people’s issues to the streets. The current government has offered a host of issues which the opposition can protest about and can put the government on the mat.

The party has been only issuing statements and its spokespersons have been criticising some of the failures of the government but there has been no concerted effort to take up important public related issues with its full force. Ordinary people, besides Congress supporters, would have liked the party to fight for issues directly concerning them.

The party’s performance in the just concluded Rajya Sabha elections also points to a lack of strategy and hunger for winning elections. The BJP was able to snatch at least three seats where there was a possibility of a close fight.

In Haryana, instead of making a seasoned political leader incharge of its Rajya seats, it nominated a novice who had himself lost two previous elections and had little experience of handling such situations. Evidently he couldn’t detect that a party MLA had, deliberately or not, incorrectly marked the ballot paper which resulted in its rejection and winning of an independent candidate backed by the BJP. 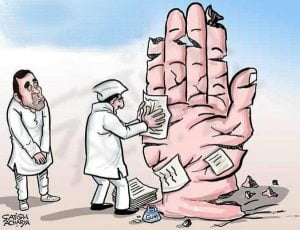 The party’s initiative and strategy for the upcoming presidential election would also be watched carefully. In the absence of any initiative so far, Mamata Banerji of Trinamool Congress has called a meeting of opposition parties to reach a consensus on a joint opposition candidate.

Although the NDA presidential candidate appears to be better placed to win, the performance of the opposition candidate would also have a bearing on the next general elections.