Congress groping in the dark 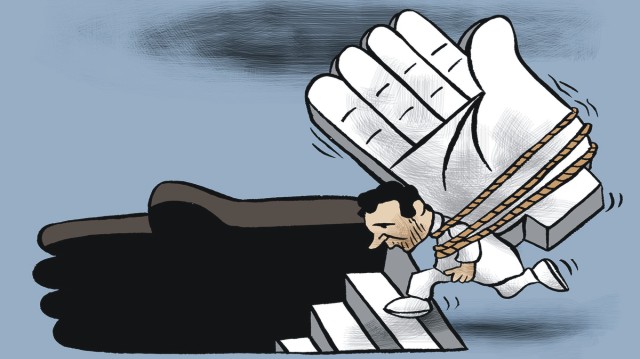 Congress making India mukt of itself?

Congress, which ruled the country for nearly half a century, appears to be groping in the dark and is not able to come up with a clear strategy for its revival. Undoubtedly it is facing an existential crisis with its governments ruling in just two states of the country.

After the drubbing it got in the elections to five state assemblies earlier this year, when it had also let Punjab slip away from its hands partly due to internal wrangling, the party leaders had decided to go in for internal elections to elect its office bearers.

This was done after Rahul Gandhi had earlier stepped down from the post of the president and had declared that he would not be contesting the organisational elections.

Reflecting the lack of urgency to bring the party back on tracks, it had scheduled the internal elections to be held about six months later during August-September this year.

Instead, you find no such electoral activity. It appears no one is keen to contest elections including its prince Rahul Gandhi. He has publicly declared that he was not in the contest even though a section of the party had been asserting that they there was no alternative. 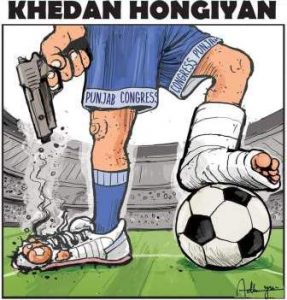 So the question still in the congress is will he or will he not? No other senior leader has expressed his or her desire to head the party which is run by its interim president Sonia Gandhi.

It is not just at the central headquarters of the party that there is reluctance in contesting elections, senior leaders are not willing to take responsibilities even at the state levels.

One of its senior most leaders from Jammu and Kashmir, Ghulam Nabi Azad, declined to take up the post of incharge of the Congress campaign in the Union Territory.

Anand Sharma, a former MP from Himachal Pradesh, resigned as incharge of the party’s campaign for the ensuing Assembly elections in Himachal Pradesh saying that he was being humiliated by not inviting him to functions organised by the party in the state.

Factional fights among senior leaders is what is making headlines instead of efforts to revive the party.

And while the deadline for holding organisational elections is just about a month away, the party is focussing on a rather muddled exercise called ‘Bharat jodo abhiyan’ which involves a 3,570 kilometer long walk led by none other Rahul Gandhi.

The yatra from Kanyakumari to Kashmir is to start from September 7. It would be the longest such campaign undertaken by Rahul Gandhi during his over two decade old political career.

He, along with a group of youth Congress leaders, would be walking around 20 kilometers per day through 12 states in 150 days. 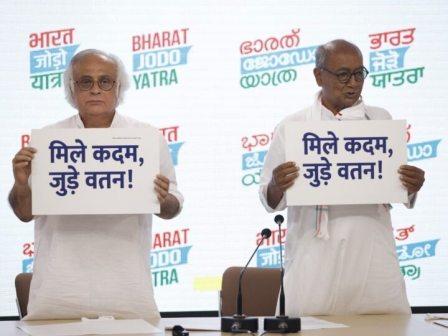 And while it has been declared that the yatra would be led by Rahul Gandhi, there is no clarity in which capacity would he be leading the yatra as he currently holds no post in the party.

Further, the party appears confused about it strategy. It is proposed that the yatra should not be seen as a party programme but should include people and organisations from all walks of life.

Significantly the yatra would not pass through two states where elections are being held later this year – Gujarat and Himachal Pradesh !

That itself reflects the priorities of the congress leadership. Evidently the party wants to project the yatra as a non political affair while what it needs to do is to gear itself up as a political party.