GOP FAILING IN ITS DUTY TO THE NATION

Congress continues to dig its own grave 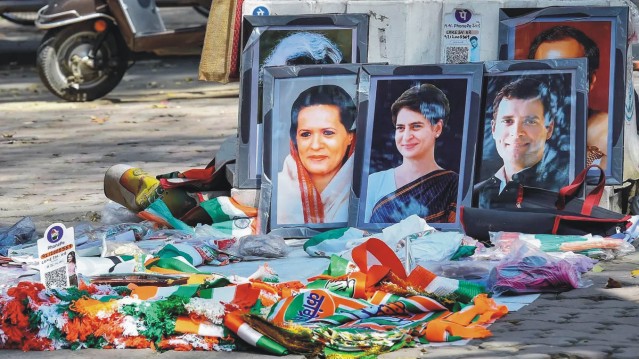 Whatever the final outcome of the ensuing party elections, the image of the Congress has received further damage.

The developments leading to the election of the President of the Congress party, including the open rebellion by Rajasthan legislators close to chief minister Ashok Gehlot, have further dented the image of the already battered Congress.

There is indeed no let up in the party continuing to dig its own grave even when it was evident that it had dug more than enough.

The developments show an inept leadership and a set of senior advisors who appear clueless with ears shut to the ground reality. What else explains the shock they received when 90 MLAs owning allegiance to Gehlot decided to hold their own meeting and submitted their resignations to the Speaker.

It is another matter that they deliberately submitted resignations in the wrong format lest these are actually accepted.

The most significant aspect of the resignation drama was that it was for the first time ever that party’s legislators or senior leaders had defied the diktat of the party high command consisting of the Gandhi family surrounded by a select band of leaders who have repeatedly given evidence of their ineptitude.

The development coming at a time when Gandhi family’s most favoured leader put his personal aspirations above that of the Congress party. Such public defiance of the established leadership was expected sooner or later. In a way it might set a precedence.

The failure of the party to win the previous two Lok Sabha elections and loosing dozens of assembly elections in the same period is evidence enough that they are solely responsible for the downfall of the party which had held sway over the country since the independence till the Bharatiya Janata Party led alliance under the leadership of Narendra Modi.

Of course the Congress had lost in the past to the Janata Party and subsequently to non congress alliances but the body blows it has been getting since the last decade have left it with its poorest record till date.

After suffering a humiliating defeat in Punjab thanks to hitting its own foot with a sickle and displaying poor political acumen, the Congress appears to have given up on its bid for the ensuing elections in Gujarat and Himachal Pradesh too. Ironically the Bharat Jodo Yatra is specifically bypassing the two poll bound states. 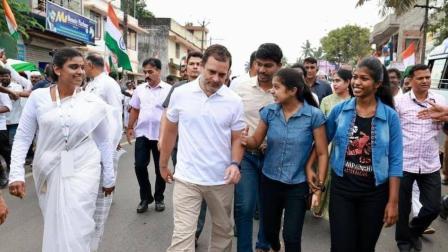 Whether it is the Bharat Jodo Yatra or the way the party has handled its presidential elections what is evident that nothing has changed despite the declaration of an “independent” party president elections with the Gandhi family claiming to remain “neutral”.

The very fact that the yatra is being led by Rahul Gandhi who doesn’t hold any post in the party indicates that he does not want to give up his powers and would like to lead the party without taking on any responsibility.

It is also a fact that the other party leaders, including Gehlot, flies down to meet him and seek permission to hold on to the post of the chief minister, even though he is not an office bearer. 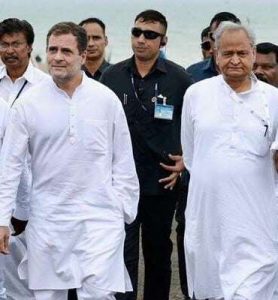 Gehlot is humiliated when Rahul Gandhi publicly tells him that the party has decided to have one leader one post policy. Did anyone object in the party to ask the authority by which Rahul Gandhi made that declaration that made Gehlot lick the dust.

The same attitude of wielding power, despite claims of an independent election for the post of president, is obvious is the way the Congress high command is acting. It was made more than amply clear that Gehlot was the official nominee even though Shashi Tharoor had thrown his hat in the ring and some others were also trying to do so. Thus the elections in which the Gandhi family was supposed to be “neutral” is turning out to be another farce.

Whatever the final outcome of the ensuing party elections, the image of the Congress party has received further damage. At a time when India needs a strong opposition to keep the government on its toes, the grand old party is failing the country by not playing its legitimate role.