Why Congress Party suffering ‘Wisdom Paralysis’ in judging the crime of Navjot Sidhu? 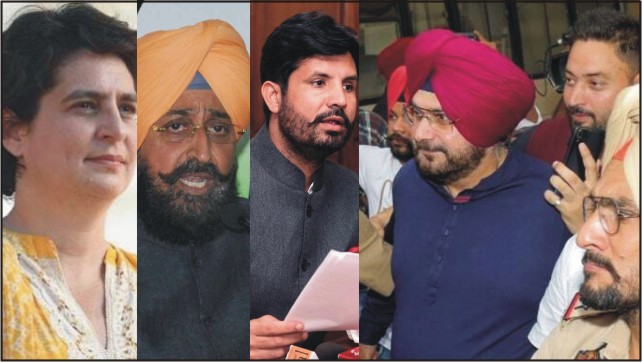 Why Congress Party suffering ‘Wisdom Paralysis’ in judging the crime and criminality of Navjot Singh Sidhu?

Regrettably, everyone in the Congress from Pariyanka Gandhi Vadra to PCC President Amarinder Raja Warring and Leader of Opposition Partap Singh Bajwa has expressed solidarity with the convict, convicted by the highest court of the land and sadly enough no word of compassion or sympathy has been expressed for the victim’s family of late Gurnam Singh, who suffered a ‘Death Blow’ on 27 December 1988 from the cruel hands of then Cricketer Navjot Singh Sidhu.

It is disgusting to note that the moral intuitionism is gradually vanishing from the epistemology of our social system. The grand old party i.e. The Indian National Congress seemingly the worst affected of this decay, which occasionally fails to see wisdom and truthfulness in the trajectory of the crime and the punishment. 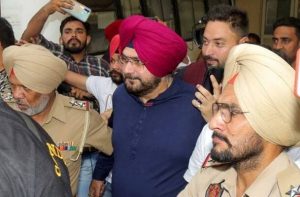 The cruelty of the crime and the intensity of the death pain, never gets tempered or diluted with the passage of time, particularly for the inconsolable members of the family, who lost the head of the family in an inconceivably senseless, road-rage crime.

I agree that undergoing imprisonment as a convict is not a happy situation for any individual but loss of a precious life is far more painful for all times to come.

I’m appalled, even to perceive; as to why the family of late Gurnam Singh ( Victim of the death blow), which fought exceedingly long-drawn battle for justice and grappled from pillar to post for 34 Years for the closer of a repugnant tragedy , does not even deserve a word of compassion or sympathy from any senior politician of the Congress, for their excruciating loss and pain .

Such an impenetrable oversight of humanitarian wisdom, signpost the complete collapse of values of humanism, among the political class, collectively considered as an organized group of awakened, civilized citizens. Mr. Navjot Singh Sidhu should also have expressed some sense of remorse over the unsavoury incident, that has caused prolonged distress, anxiety and pain to both the families.

Unfortunately the prevalent mindset of drawing inverse inferences, has plagued the judgemental concept and the capacity of the Congress from top to bottom, resulting in a blatant inferential confusion. In such a situation person starts out believing in the truthfulness of a falsified theories and illusions, even though the irrefutable evidence suggests otherwise.

Although I hold no personal grudge or ill will against Mr. Navjot Singh Sidhu at all, but if the majesty of Justice has to be regarded as uppermost then we must be ethically correct and unbiased in judging the situation and evaluating the facts and the affects of the crime and criminality of any person; whosoever he is and whatsoever, big or small, he or she is, in any situation of social or political construct.

At the same time, it would be prudent to appreciate and respect the persistent efforts and struggle of the family of late S. Gurnam Singh for justice and lastly the dignity of restrained temperance the family has shown after the verdict of the hon’ble Supreme Court of India, was intensely deep and vividly remarkable.